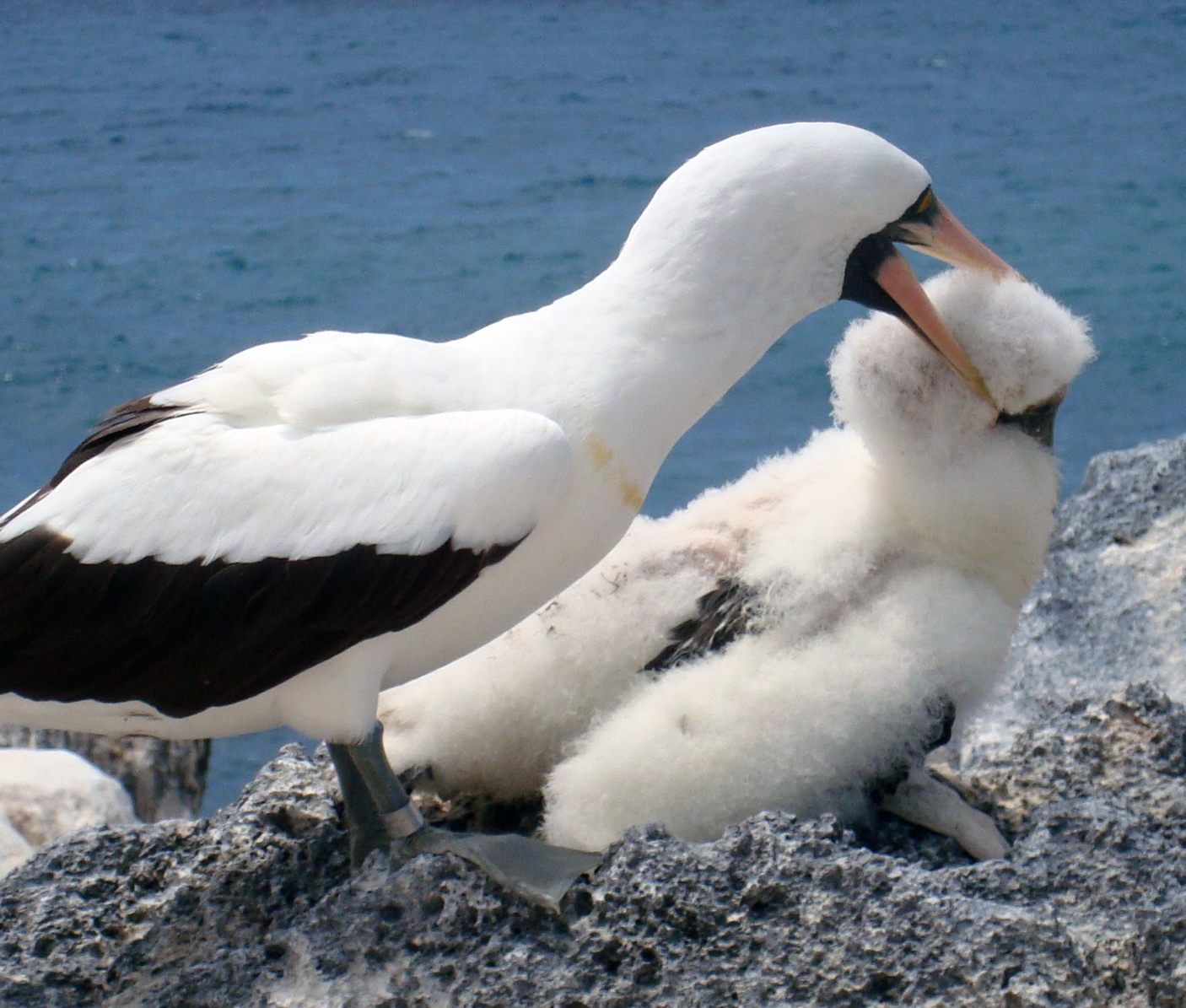 For one species of seabird in the Galápagos, the child abuse “cycle of violence” found in humans plays out in the wild.

The new study of Nazca boobies by Wake Forest University researchers provides the first evidence from the animal world showing those who are abused when they are young often grow up to be abusers.  The study will appear in the October print edition of the ornithology journal, The Auk.

“We were surprised by the intense interest that many adults show in unrelated young, involving really rough treatment,” said Wake Forest Professor of Biology Dave Anderson, who led the study with Wake Forest graduate student Martina Müller.  “A bird’s history as a target of abuse proved to be a strong predictor of its adult behavior.”

In Nazca boobies, traumatic abuse of developing young significantly increases the chances those maltreated individuals will exhibit the same maltreatment later in life as adults, Müller said.  She is now at the University of Groeningen in the Netherlands.

The ocean-going seabirds live in colonies in the Galápagos Islands off the coast of Ecuador.  Among Nazca boobies, victimization by adults on other birds’ chicks is widespread. They raise solitary nestlings on the ground and frequently leave their offspring unattended while foraging at sea.  So, there is much opportunity for adult birds to bully and beat up neighbor nestlings.

The abusive adults patrol the breeding colony, searching for unguarded chicks.  They frequently bite and peck the chicks, and even make sexual advances, sometimes leaving the chicks bleeding and stressed.  Female adults show more aggressive behavior than males do, on average.

The young birds nest years later in the colony where they were born, making them ideal models for studying the effects of “chick” abuse on lifelong behavior.

The researchers collected data during three breeding seasons documenting which nestlings suffered abuse or neglect, then several years later evaluated their behavior as adults in the same colony.  They tracked the birds and identified them using leg bands.

The findings shed important light on animal behavior.  “This is not some contrived experimental situation with freaked out captive animals.  This is an animal in a natural situation experiencing natural stressors when young.  And, the outcome is their behavior later is influenced by the social stress they experienced,” Anderson said.  “As we determine how similar the physiology of this response is to the human situation, we may find opportunities for research on this stress response that are not possible to do with humans.”

Coverage of the research