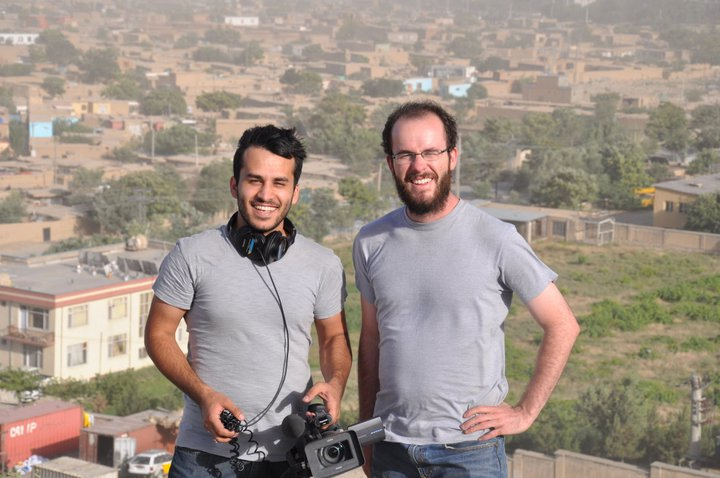 Starting at age seven, Wake Forest junior Jawad Wahabzada spent four years working eight hours a day as a child laborer in Afghanistan making Persian rugs in a factory. Though he now lives 7,000 miles from his birth country, his heart is not far from the children of Kabul.

“There are 60,000 school-age children working in Kabul,” says Wahabzada, who is a communication major. “They are forced to work because of war and economic difficulties. They need help.”

Wahabzada discussed his desire to make a film about the plight of child laborers in Afghanistan with Nathan French, the director of the Wake Forest Magnolia Scholars Program. In the summer of 2010, French introduced Wahabzada to Jon Bougher, a 2011 Wake Forest documentary film graduate who was then an MFA candidate in the program, and they made plans to work together.

In June 2011, Wahabzada traveled to Kabul researching issues of child labor and working to identify children for the film. Bougher arrived two weeks later. They filmed for three weeks, producing 30 hours of footage for the 24-minute film, which took two months to edit.

The first public screening of “Children of Kabul,” will be April 14 at RiverRun International Film Festival. The film will also be shown April 20. The documentary follows four Afghan children as they try to provide support for their families. 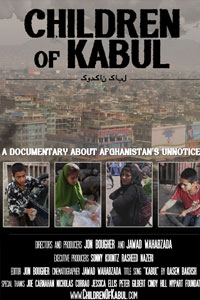 “The most challenging part of making the film was listening to the heartbreaking stories of the children,” says Wahabzada. “They had hopes of becoming doctors, engineers and professors. I knew they would never get the chance.”

Bougher says Wazabhada’s history in Afghanistan helped them gain their subjects’ trust and also access to areas on the streets that would not have been possible for an American filmmaker alone. “We wanted to provide an on-the-ground, visceral sense of life on the streets of Kabul. It was difficult to film in blacksmith shops and street markets without drawing attention, and we had a couple encounters with Afghan police. That Jawad grew up in Kabul allowed us to more easily negotiate these challenges and gain the access we needed.”

“Children of Kabul” and its filmmakers have received recognition for their work on CNN iReport and CNN Backstory.

Wahabzada and Bougher are working with MYPART Foundation to raise funds for the children featured in the documentary.

According to Mary Dossinger, RiverRun’s program manager, of the 850 films received for consideration, more than 100 of this year’s submissions were documentary shorts. Nine were selected for the North Carolina Shorts program. Four were produced by Wake Forest directors. “Films are chosen for how well the story is told, the quality of the filming techniques and the care with which directors have portrayed their subject,” says Dossinger. Along with Jawad Wahabzada’s and Jon Bougher’s film, “Children of Kabul,” the following documentaries will be shown as part of the festival.