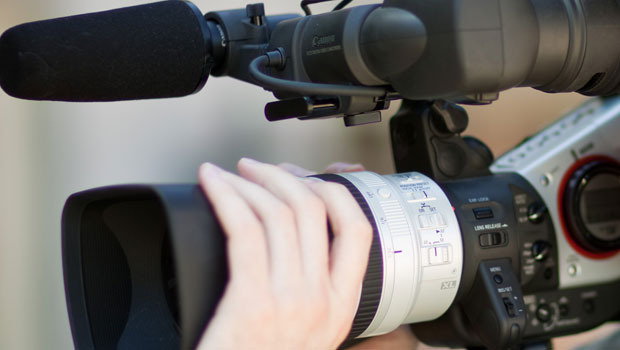 Refugees, ballad singers, classic car collectors and victims of forced sterilization —Wake Forest third-year documentary film students have spent the last year working on movies that show what life is like from these different perspectives.

“In telling stories, our students reach out into the community, touch on sensitive and emotional topics, and connect with people who have had compelling life experiences,” says Mary Dalton (’83), communication professor and co-director of Wake Forest’s Documentary Film Program (DFP). “The students bring their subjects’ struggles and joys to their films so viewers can learn more about others as well as themselves.”

Students work in teams to produce their movies, and each group of students receives the same amount of startup money to fund their project. Part of the learning experience includes raising additional funds for film production, which might include money from private donations, KickStarter, or organizations who support the film’s message.

Five years ago, editing a feature film with special equipment and trained technicians would have cost $200,000 or more. With today’s technology, shorter is the norm, and the challenge for film students is in knowing what to keep and what to cut. “Young people are savants when it comes to visual literacy. With YouTube, smart phones, tablets and quality video cameras, they know how to use the technology. It’s fine-tuned technique and exceptional storytelling skills that separate the amateur from the professional,” says communication professor Peter Gilbert.

Listed below are a selection of films produced in 2011-12.

“Wagonmasters”
Screening Sat., Sept 15, at Krankies Coffee Shop
“Our film explores America’s love affair with the station wagon,” says Chris Zaluski who teamed up with Sam Smartt for their thesis production. The movie mixes archival pop culture with modern footage as a way to show where our society was and where it is today. “We like to say that the film is similar to the experience one has when riding in the ‘way back’ of a wagon — that is, looking backwards while moving forward. Taking on this project certainly opened both of our eyes to the classic car world, and to the fun and hospitable people who are collectors — especially the small yet passionate wagon subset. “

“Over Home: Love Songs from Madison County”
Screening Tues., Oct. 2, at The Barn
Kim Dryden grew up listening to Irish music. When she came to North Carolina, she felt the connection between Appalachian ballad music and the Irish music she grew up with and “fell in love.” In making this film on the heritage of ballad singing, Dryden and her film partner Joe Cornelius developed a deep appreciation for Americana. “The songs in our film are beautiful, important and worth knowing and spreading because they tell universal stories. There’s a lot of history about local and regional events bound up in the lyrics,” said Dryden.

“The One Who Builds”
Screening Fri., Oct. 5, at UNC-Greensboro
Nearly 8,000 of Greensboro’s residents are refugees. Surprised? Peter Carolla, Nick Gooler and Hillary Pierce were when they teamed up to tell the story of Omer Omer, a professor at the Bryan School of Business at the University of North Carolina in Greensboro, who is committed to helping resettle refugees in his hometown through the African Services Coalition. “People are surprised to find out how many of their neighbors are refugees,” says Gooler. “Even in a small town there can be thousands of people who have come to the U.S. looking for a better life.” The filmmakers hope their work will build bridges in the Greensboro community and beyond. “People focus too much on what divides us rather than what unites us,” says Carolla.

“The Wicked Silence”
Screening Fri., Nov. 2, at WFU Biotech Place Auditorium
“When we first began pre-production on Wicked Silence, we were focused on the history and the bioethics of the North Carolina Eugenics program and the government policies that created the it. After months of focusing on this side of the story, we found that the real story was the victims and their experiences,” says Jess Pic who teamed up with Sana Haq on this film. “We hope our audience connects with the victims.” Pic says. “The people in the film could be members of our own family. Each is kind, loving and courageous. We see that they are deserving of a family, and we see the atrocity of denying them that basic human right. Debate over reproductive rights continues today, and we hope to encourage people to think critically about these issues.”