There’s a Wake Forest app for that 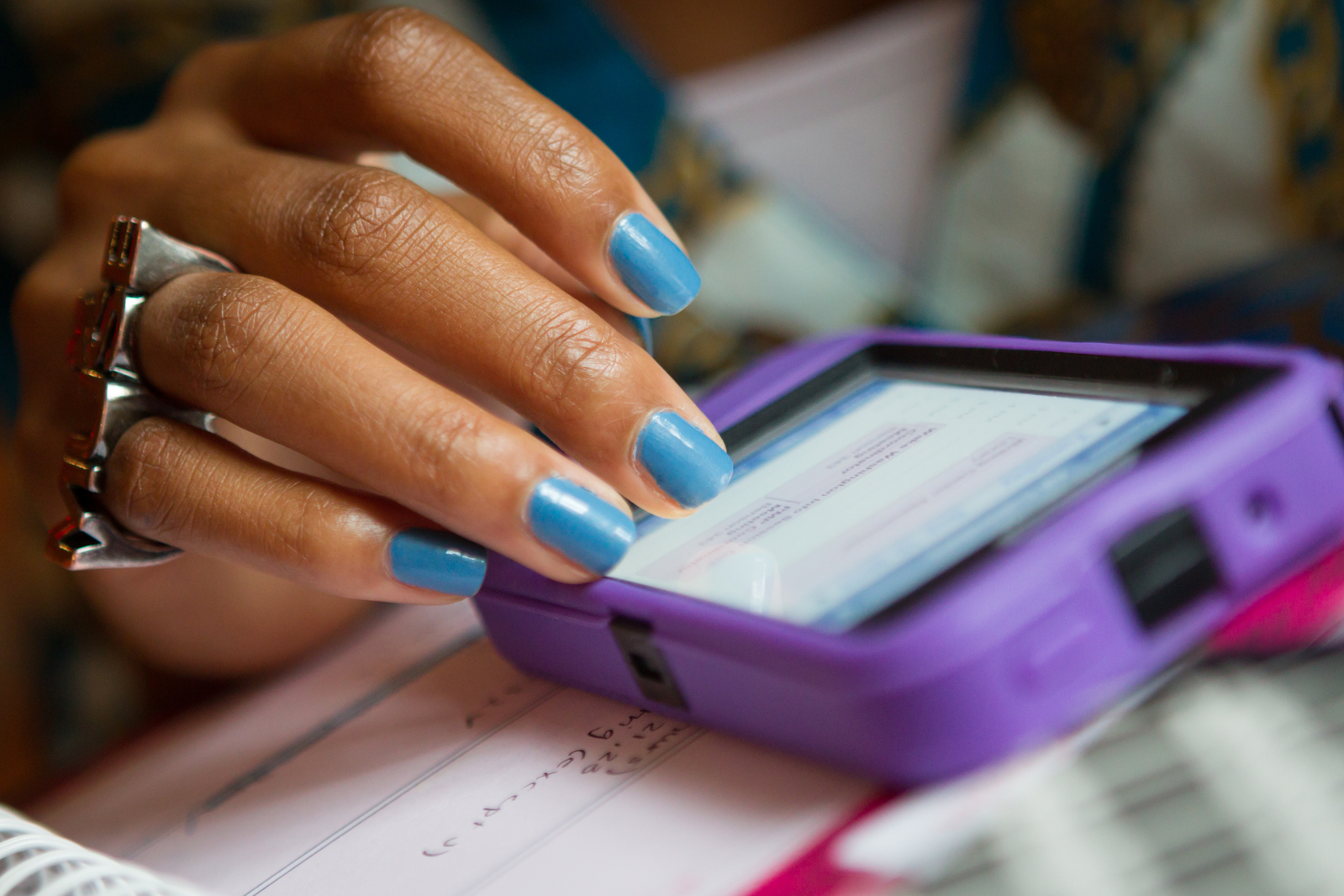 Mashable, the well-known technology website, recently highlighted Wake Forest as one of the top ten college campuses for tech. The article singles out our high computer to student ratio, a recent Google grant to the computer science and physics departments to teach computer science to local teachers and even the Wake Forest Campus Life mobile app and our great Wi-Fi coverage.

But did you know we have several mobile apps designed to make life easier for the Wake Forest community? As more and more students bring smartphones and tablets to class, mobile apps developed at Wake Forest can help them with everything from finding a parking spot to getting their laundry done.

With the aid of cross-departmental faculty, several Wake Forest students have developed these free apps through computer science classes or independent studies. These projects are designed as gifts for the entire campus and use both the Apple and Android platforms.

Ride the Wake (iOS and Android) 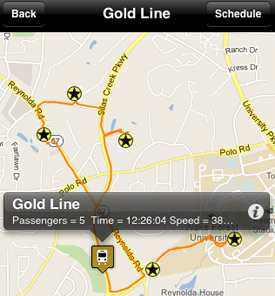 Is the shuttle almost at my stop?  Will I make my meeting on time? This app is a joint venture between Cañas and recent Masters graduate Michael Crouse. A signal from the GPS unit on each bus tracks the shuttle’s position in real time – giving users the opportunity to plan their ride.

Behind the scenes, another app allows drivers to count the number of students who use the shuttle, providing valuable data that could be used to more accurately plan future shuttle routes and times. 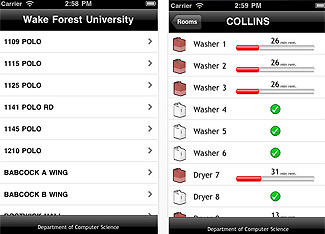 A Wake Forest version of the popular web based laundry service, developed by former  computer science student Michael Moore, this app gives students a chance to know which machines are available and how much time is left for their washer or dryer from the comfort of their dorm room.

The detailed graphical interface is far more intuitive than the previous text messaging based alarm system, which only alerted the user when their laundry was finished. 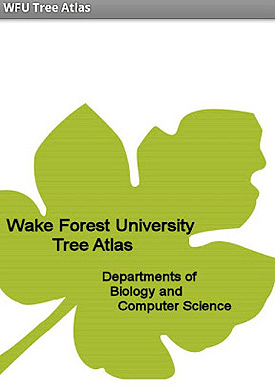 Want to know how many pistachio trees are on campus?  This app says around a dozen.  What kind of trees are on the upper quad?  It’s maples!

From apricot to zelcova, this app can provide information on many Wake Forest trees – large and small.  Developer William Turkett, an associate professor of computer science, has worked closely with the biology and the facilities management departments to make this eco-friendly program a reality.

Turkett says he has been teaching himself to program on the Android mobile app platform, and has shared that knowledge with his students. He teaches an introduction to Android class which pairs students to work on mobile apps for Android. 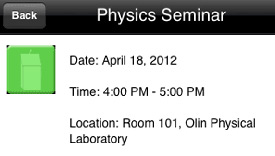 This App was developed by Lesley Gustafson as part of her Honors project in Computer Science. For the Demon Deacon on the go!  This colorful app allows you to search and organize university calendar events by a number of categories.  Sort activities you are interested in by academic department or date. 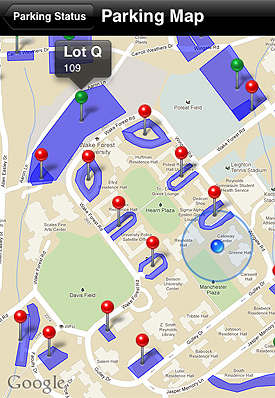 Like many college campuses, finding a place to park can be a problem. Matthew Simari, a 2012 graduate, and Dr. Daniel Cañas, Associate Professor of Computer Science, developed a parking app that currently gives users general information like which lots are for visitors, faculty, staff and students.  Both developers hope to add additional functionality this semester: letting drivers know when a lot is full.

“For years, I have heard students comment on the difficulties of parking,” Simari said.  “I thought to myself, it would be nice to be able to open my phone and not only see where I could park, but if there was even any parking available,” says Simari.

Sensors installed at parking lot entrances will relay traffic statistics to an on-campus server, which keeps the app updated with real-time information.  In addition, parking management will be able to post general information, like lot closures and street repairs.

Cañas says building the app was easy. The hard part was finding a company to supply the sensors, after the first vendor abruptly stopped making the perfect tool. A replacement has been found, and the app is expected to go live this semester.

The technology behind these two apps is similar to WFUParking.  Sensors will track the number of patrons who enter and exit the buildings, allowing users to know how busy the Pit or Miller Center are.

The Pit version plans to incorporate menu features so students can plan their meals ahead of time.

For the Miller Center app, developed by recent grads Rachel Black and Rick Freedman, Cañas also plans to install sensors on certain pieces of equipment so users will know if there is an elliptical machine open before they bother changing.  The developers hoped to ease the frustration of waiting for machines in a busy gym.

Developed by David Hughes (’15) for iOS and Cody Stevens (’13) for Android, this app streams Wake Radio through any handheld device.  Hughes hopes the portability of Wake Radio will encourage more students to listen to the station’s programs and know more about the organization.  Hughes said he enjoyed solving the problems he encountered while developing his first mobile app.

“I enjoyed learning at my own pace and teaching myself,” Hughes said. “As problems or gaps in my knowledge arose, I understood why what I was teaching myself was relevant and its scope within the project.”

Stevens, a computer science major, said a course on databases got him interested in developing the Android version of the Wake Radio app, which will stream music and more. “The app will hopefully diminish any barriers between the students and Wake Radio – whether that be a simple way to call in your request straight from the app or getting news and updates from Wake Radio’s twitter feed while you listen.”

Cañas said he enjoys working with the Apple iOS platform and with students on projects like this. “It’s fun, primarily because it’s a unique way of programming, not the traditional programs we’ve had for years. Usually with traditional programing, it’s you and the computer, maybe a network. With mobile app development, you have a wide variety of situations to consider.  What if you walk out of range?  What if users require additional features?  The app needs constant input, so it’s a different way of thinking.”

Turkett said Android apps are becoming more popular as well and he anticipates more students seeking computer science classes to build apps of their own. Both professors expect these apps created at Wake Forest will remain free, as a gift to the campus and community.