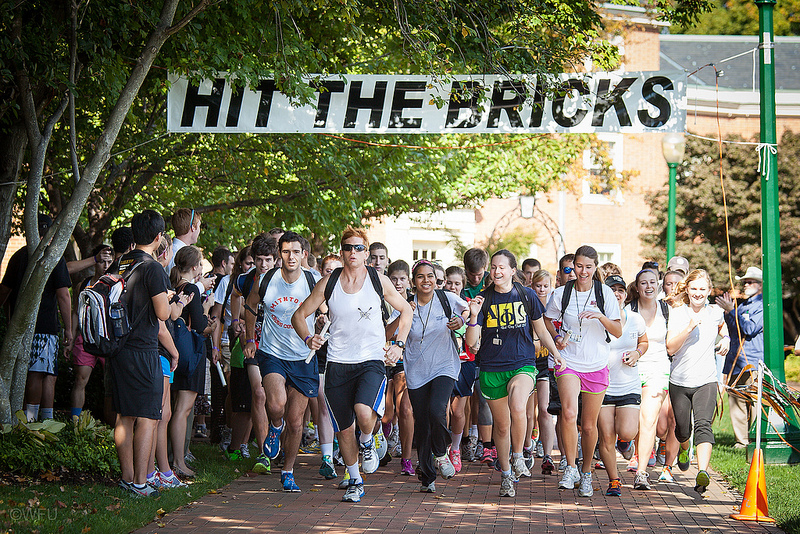 More than 1,000 students, faculty and staff participated in Thursday’s Hit the Bricks event, an eight-hour relay race along the brick pathways on campus that honors the memory of Brian Piccolo, a Wake Forest All-American football player who passed away at age 26 from cancer during his career with the
Chicago Bears.

Eleven years later, 89 teams participated. Together they raised more than $28,000 and nearly 23,000 laps were run around the plaza. All of the funds raised support the Comprehensive Cancer Center at Wake Forest Baptist Health.

Elizabeth Jay, a senior business and enterprise management major was one of the three co-chairs of the 2013 Hit the Bricks event and has been involved since her first-year at Wake Forest.

“Hit the Bricks directly reaches and touches a lot of us,” said Jay. “My mom passed away from cancer, so it means a lot to me to see everyone out on the quad together supporting the same cause and fighting for a cure for cancer.”

The excitement and support that is felt on campus during Hit the Bricks is contagious – students, faculty, staff, kids, even dogs – come together for a great cause.

Jay received a text message from one of last year’s co-chair letting them know that she would be watching on the “quadcam” all day.

Social media (#WFUHTB) and the new Hit the Bricks website helped to boost awareness of the event and allowed alums to participate from afar in a favorite all-campus event. 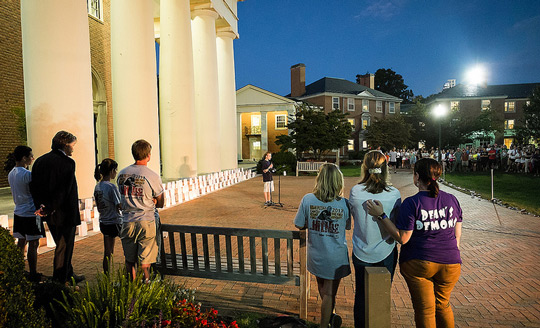 Participants gather at the end of Hit The Bricks to remember those who died of cancer.