Building stronger bones one runner at a time 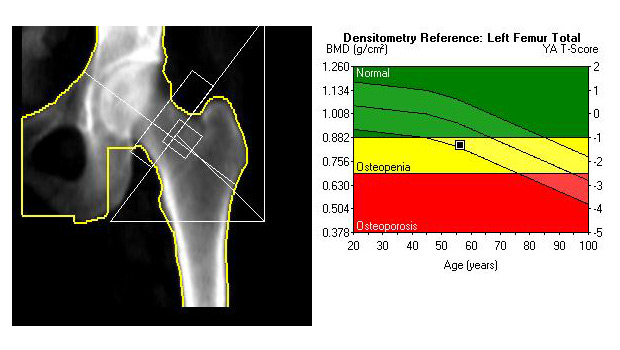 Helping others avoid the broken bones she had as a teenager motivated Wake Forest senior Aubrey Bledsoe to work with a health and exercise science professor to study bone health in athletes.

Bledsoe and her twin sister were diagnosed with juvenile osteoporosis when they were 13 years old. Osteoporosis literally means porous or brittle bone, and people with the affliction have an increased risk of fractures. This meant Bledsoe and her twin spent their teenage years taking calcium supplements and wearing casts. “Being a soccer goal-keeper, I was breaking almost every finger,” Bledsoe said.

Bledsoe said a healthy diet and plenty of weight-bearing exercise helped her strengthen her bones and enabled her to hone her craft. She is now an all-American goalkeeper for the Wake Forest women’s soccer team. When she’s not blocking goals or excelling in the classroom, Bledsoe is working alongside Peter Brubaker, a professor in Wake Forest’s department of Health and Exercise Science, to study bone mineral density loss in collegiate long distance runners.

Brubaker said the goal of this first-of-a-kind study is to figure out why long distance runners, particularly women, are more likely than athletes in other sports to develop osteoporosis later in life.

“There has really never been a study like this that has followed high level runners like this from one particular sport,” Brubaker said. “This is only the beginning of what I hope will be a long run of studies, including following these young ladies and young men beyond their college years.”

Bledsoe, Brubaker, and a team of researchers began conducting preliminary tests over the summer. They started off by assessing the initial bone density and fitness levels of 20 runners (10 male and 10 female) before their actual season began.

“We have a new tool here called a Dual-energy X-ray absorptiometry scan (DXA) which is what measures body composition and bone density in different parts of the body,” Brubaker said. “DXA gives us a baseline to which we can compare results down the road to gauge the conditions of our study participants.”

The researchers will run tests again after the cross-country season is over in and once more next semester in order to assess the decline, if there is any, in the runners’ bone mass as a result of their training.

Carter Denne, a Health and Exercise Science graduate student, said it is of critical importance to figure out what is causing bone loss in long distance athletes during their college years.

“We accrue bone mass up until about the age of thirty, and then our bone density slowly declines as we age,” he said. “This makes maintaining bone health critical in your twenties if you are to have strong bones for the rest of your life.”

John Millar, Wake Forest’s director of track and field as well as cross-country, said the study will give coaches insight into whether or not they are doing the right kind of training for their athletes.

Brubaker said the study currently has enough funding for one year. He said the hope is to obtain enough data to apply for a longer-term grant from the National Institute of Health or other agencies.

A longer term study could also help to corroborate recent work that suggests complications like bone density loss and changes in hormone levels, thought to be exclusive to women, may occur in men, too.

“My first inclination was that the males would be like a control group; we don’t expect them to lose bone mass,” said Brubaker. “But I went to a conference this summer where a study showed that male distance runners may be losing their bone mass too.”

Bledsoe said the chance to help athletes avoid the same broken bones she had a teenager has been a rewarding experience in and of itself.

She added that her work with Brubaker could also help her later on in her career path.

“I want to play professional soccer for a few years after graduation. When I’m ready to hang it up, my plan is to go to medical school to become a doctor.” Bledsoe said.