Our lives begin to end the day we become silent about things that matter. — Martin Luther King Jr. (1929-1968)

The award is traditionally presented to a student and a professor or administrator from both Wake Forest and Winston-Salem State University (WSSU) who exemplify King’s qualities and promote diversity within the community. This year, one student and three campus leaders were recognized at Wake Forest.

A voice for today

Gracie Harrington, who is from Philadelphia, is a student advocate on behalf of the LGBTQ community — speaking out in support of inclusiveness and understanding both on and off campus. On campus, she serves as a resident adviser in Collins Hall, helping first-year students make the transition to college life.

“Gracie works to make sure that every student feels safe and accepted regardless of their race, gender or sexual orientation,” says senior Kelly Watson. “It isn’t easy to be a trailblazer, but Gracie never lets herself become angry. She faces every new challenge with a smile and a word of kindness for others.”

In addition to majoring in politics and international affairs, Harrington is involved in Wake Forest’s chapter of Gay Straight Student Alliance. She is coordinator of the student network for Campus Pride, a member of the Alpha Delta Pi sorority and president of the Wake Forest chapter of the National Residence Hall Honorary. She has also worked with Equality Maryland to bring marriage equality to that state.

“Through her wide involvement in the community and active roles as a student leader, Gracie has influenced her friends and colleagues to broaden their minds and learn to nurture an environment that appreciates diversity in every aspect,” says senior Jim Le.

Words from the past 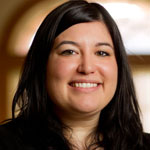 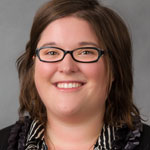 The trip offered students an experiential opportunity to learn about the civil rights movement and connect the legacy of the movement to current justice issues, including voting rights, immigration and LGBTQ issues.

After watching a film and visiting the site of the 16th St. Church in Birmingham, Ala., where four young girls were killed in an act of white supremacist terrorism, Javar Jones, a junior politics and international affair major, wrote that, “Hearing the event being told by the parents of the little girls and seeing all the sadness on their faces put me in an emotional place I don’t think I’ve ever visited.” 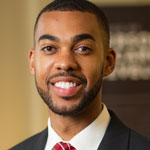 “The three staff members worked together as educators to design and implement a program that would not have been possible without collaboration, says Dean of Campus Life Mary Gerardy. “They united the threads of social justice, diversity and inclusion with a profound commitment to justice education. This embodies the spirit of Martin Luther King Jr. who strongly believed that community must provide opportunities for meaningful dialogue.”

Alta Mauro, director of the Office of Multicultural Affairs, designed the co-curricular initiative with Magjuka and the two worked to develop educational lessons to help the multi-racial, multi-ethnic group of students to reflect on issues of race, gender, power and privilege. As a member of the award-granting body, Mauro chose not to be recognized formally in connection with the award.

Faculty, staff and students at Wake Forest and WSSU submit “Building the Dream” award nominations for their respective universities and a committee of representatives from each school selects winners. The recipients were recognized at an annual banquet celebrating Dr. Martin Luther King Jr. held at Wake Forest on Jan. 20.

In addition to co-sponsoring the awards presentation, Wake Forest and WSSU also co-sponsor and alternate hosting a keynote event featuring a well-known guest speaker. This year’s keynote event was held at Wake Forest in Wait Chapel and featured Benjamin Todd Jealous, civil and human rights leader and immediate past president of the National Association for the Advancement of Colored People (NAACP).