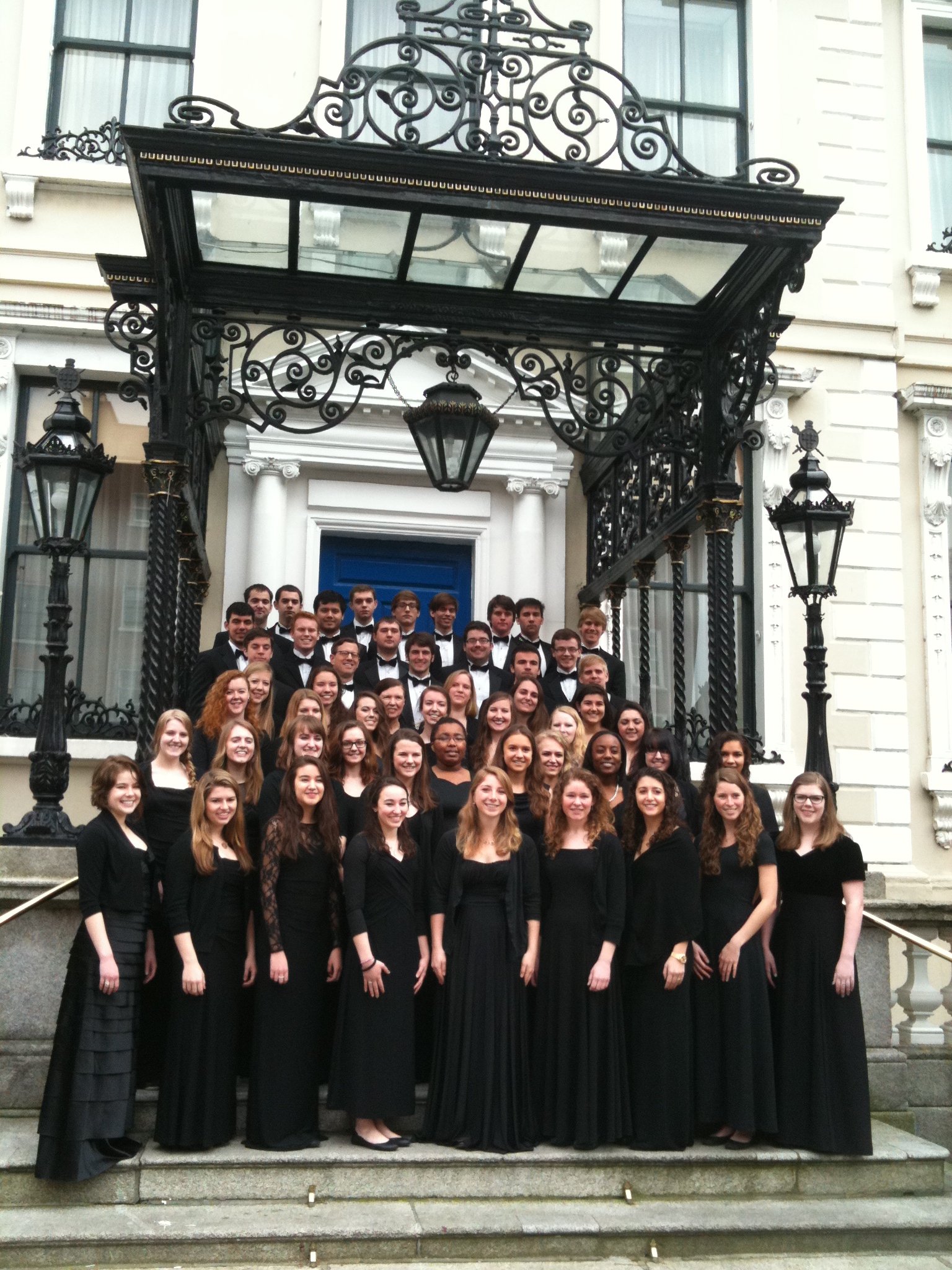 Cole Crowson, a senior biology major from Hunstville, Ala., is the president of the concert choir and served as a resource for the choral members’ wellbeing during the tour. He helped oversee many of the travel logistics so that Brian Gorelick, associate professor of music and director of the choral ensembles, could focus on the choir’s two rehearsals and four performances.

Twelve pieces were in the concert set, so there were many areas that required extensive planning to properly balance, vocalize and prepare the choir to perform in four different venues. There is also a tremendous amount of accountability and responsibility associated with performing music in a different country, and performing Irish choral music can be challenging, explained Gorelick.

“Over the tour, the choir was not only exposed to educational experiences, but they had the opportunity to perform with significance in spectacular venues.”

“My favorite memory was singing an impromptu concert in a small chapel at Kylemore Abbey,” she said. “It was so cold that you could see the steam coming out of everyone’s mouths, yet everyone had enormous smiles on their faces because the acoustics were extraordinary and our sound filled the entire chapel.”

Fellow soprano Kelsey Rector, a junior English major, has been a member of the concert choir since her first year at Wake Forest. She understood going into the tour that performing in another country could be challenging, but she and her peers accepted the challenge and performed like they never have before.

“This experience really transformed our choir,” she said. “It added so much to our program to perform Irish music as well as treat them to some American songs, too.”

The choir had two performances in Galway and two in Dublin. At the Christ Church Cathedral in Dublin, the students had a special audience member, Rhona Clarke. Clarke, a composer of the piece Regina coeli, was in to attendance to hear the choir’s performance. Regina coeli happens to be a piece from “Choirland: An Anthology of Irish Choral Music.”

While the students were aware they were performing a piece from an anthology called “Choirland,” it was during a bus trip through the Irish countryside that #choirland was created to share their tour with friends and family using social media. The hashtag soon became the 2014 tour name.

“Performing abroad facilitates powerful opportunities to further appreciate and share in the culture of others, so that we may better serve one another, much in the spirit of Pro Humanitate,” said Crowson. “Choirland signifies how the choir enjoyed a harmonious blend of quality musicianship, genuine camaraderie, and timeless encounters with the enriching culture, and how we grew closer as an ensemble of dear friends.”