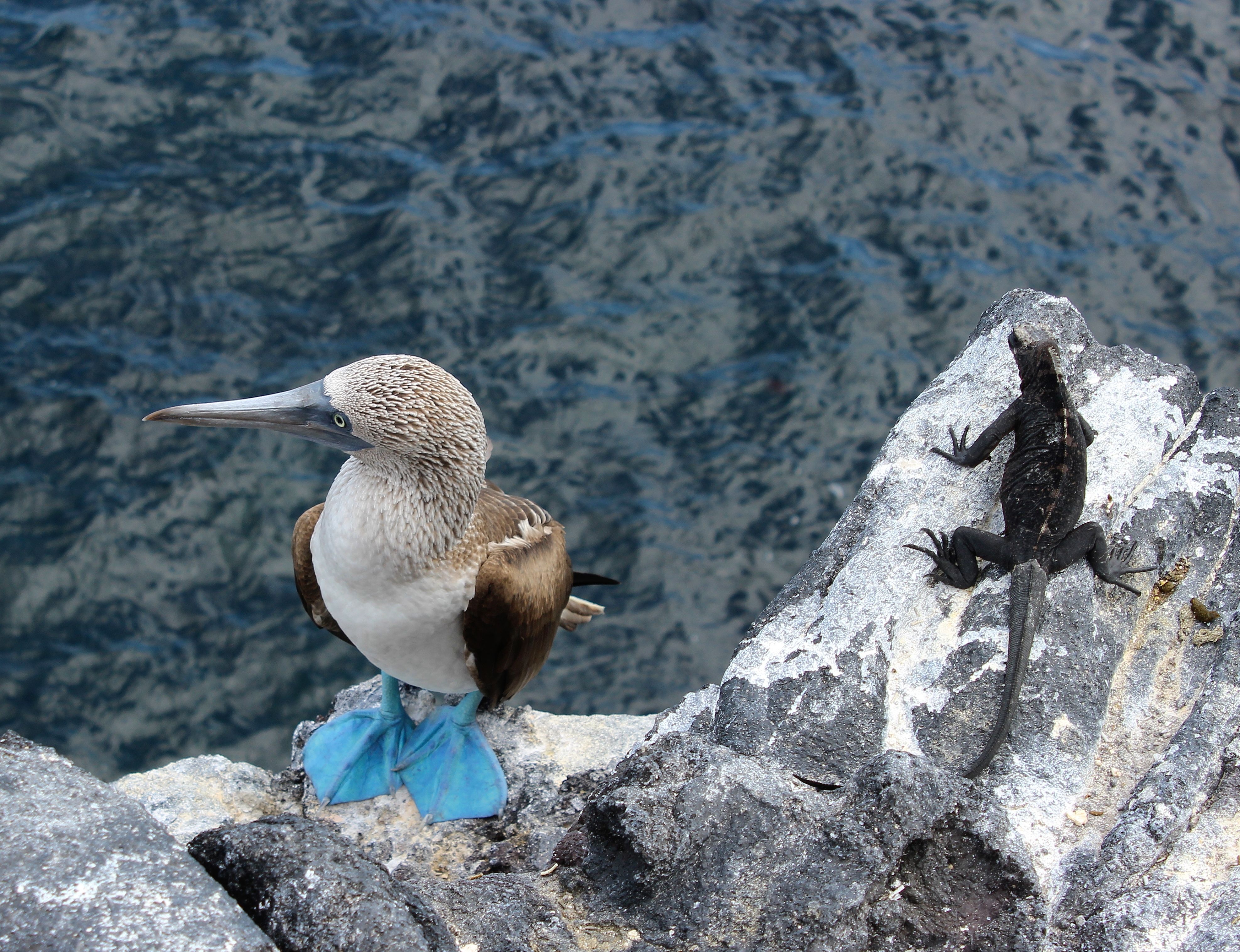 Blue-footed boobies are on the decline in the Galápagos.

A new study appearing in the journal “Avian Conservation and Ecology” indicates numbers of the iconic birds, known for their bright blue feet and propensity to burst into dance to attract mates, have fallen more than 50 percent in less than 20 years.

The drastic drop in population is probably due to an unexplained disappearance of sardines from the boobies’ diet, said Dave Anderson, a professor of biology and the study’s principal investigator. This in turn has adult boobies electing not to breed.  Without breeding, old birds die and are not replaced by new young adults and the population shrinks.

Where did all the boobies go?

Scientists started noticing a strange trend at the Galápagos’ 10 or so blue-footed  booby breeding colonies in 1997. The colonies were simply empty.

“Until 1997, there were literally thousands of boobies’ at these breeding sites and hundreds of nests full of hatching chicks,” Anderson said. “Then suddenly, the boobies just weren’t there. There were a few cases where we found isolated breeding attempts but most of these didn’t produce chicks.” 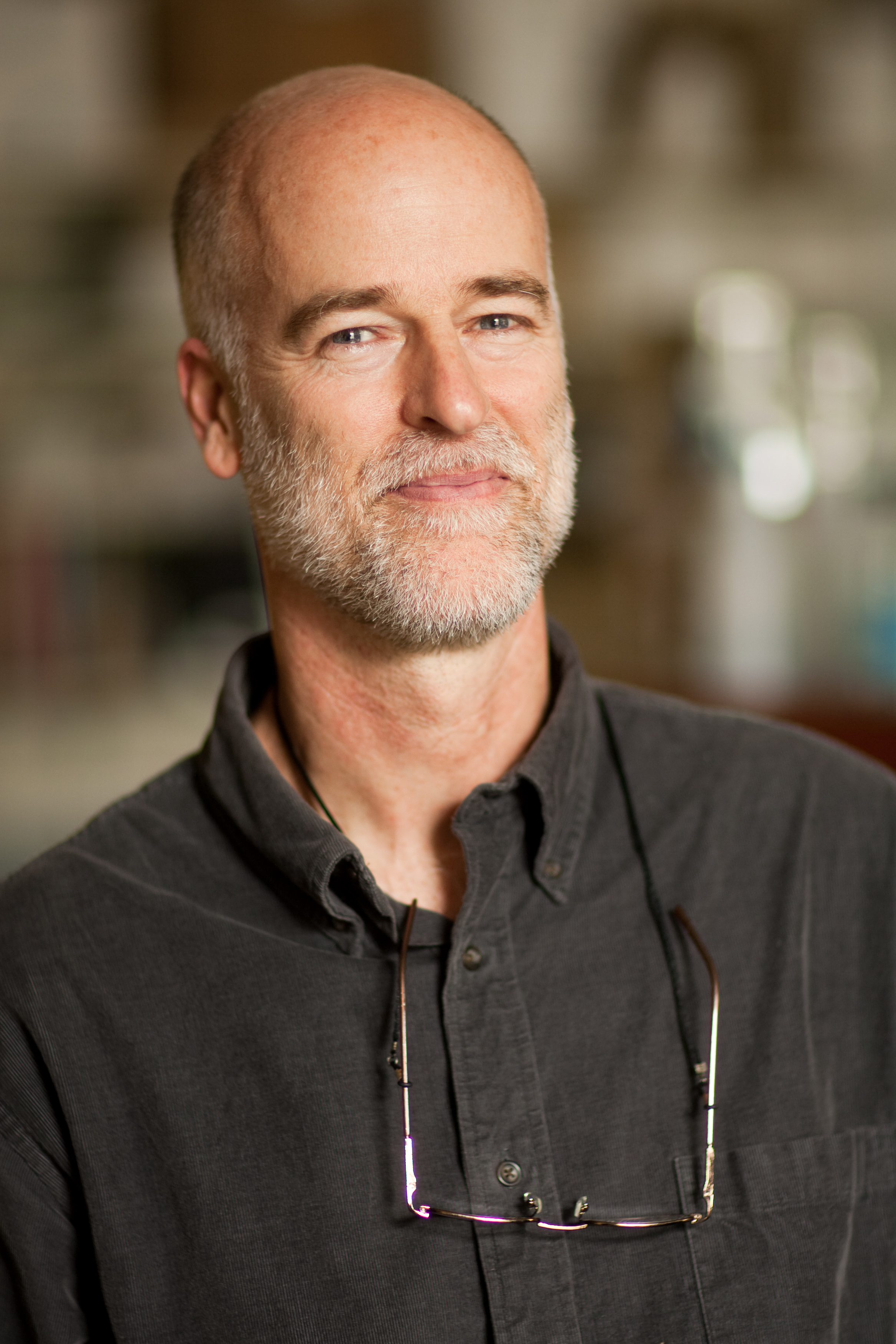 At first, seabird ecologists thought the lack of breeding was an isolated occurrence. Environmental conditions in the wild can be variable and maybe it was just a few bad years.  However, after three years of little to no breeding activity, Anderson said he and his colleagues began to worry.

“That was the start of the conversation,” he said. “We started to ask ourselves, ‘Is something weird going on with the blue-foots?’”

In 2011, Anderson and Colorado State University seabird biologist Kate Huyvaert (MS ’95), one of Anderson’s former graduate students, received funding from the Galápagos Conservancy, Swiss Friends of Galápagos, and Galápagos Conservation Trust to begin a comprehensive survey of Blue-footed Boobies in the Galápagos. From May 2011 to June 2013, a field team led by graduate student David Anchundia (MS ‘2013) monitored breeding at three to five month intervals at four of the largest blue-footed booby breeding colonies. The results of their study show little to no breeding activity and only 134 fledgling birds during the period.

“It was alarming,” Anderson said. “This was a drastic change from the 1980s and 1990s, when young blue-foots were common throughout the archipelago.”

In addition, the research team estimated a total population of approximately 6,423 Boobies in 2012, less than a third of the only other estimate, from the 1960s. 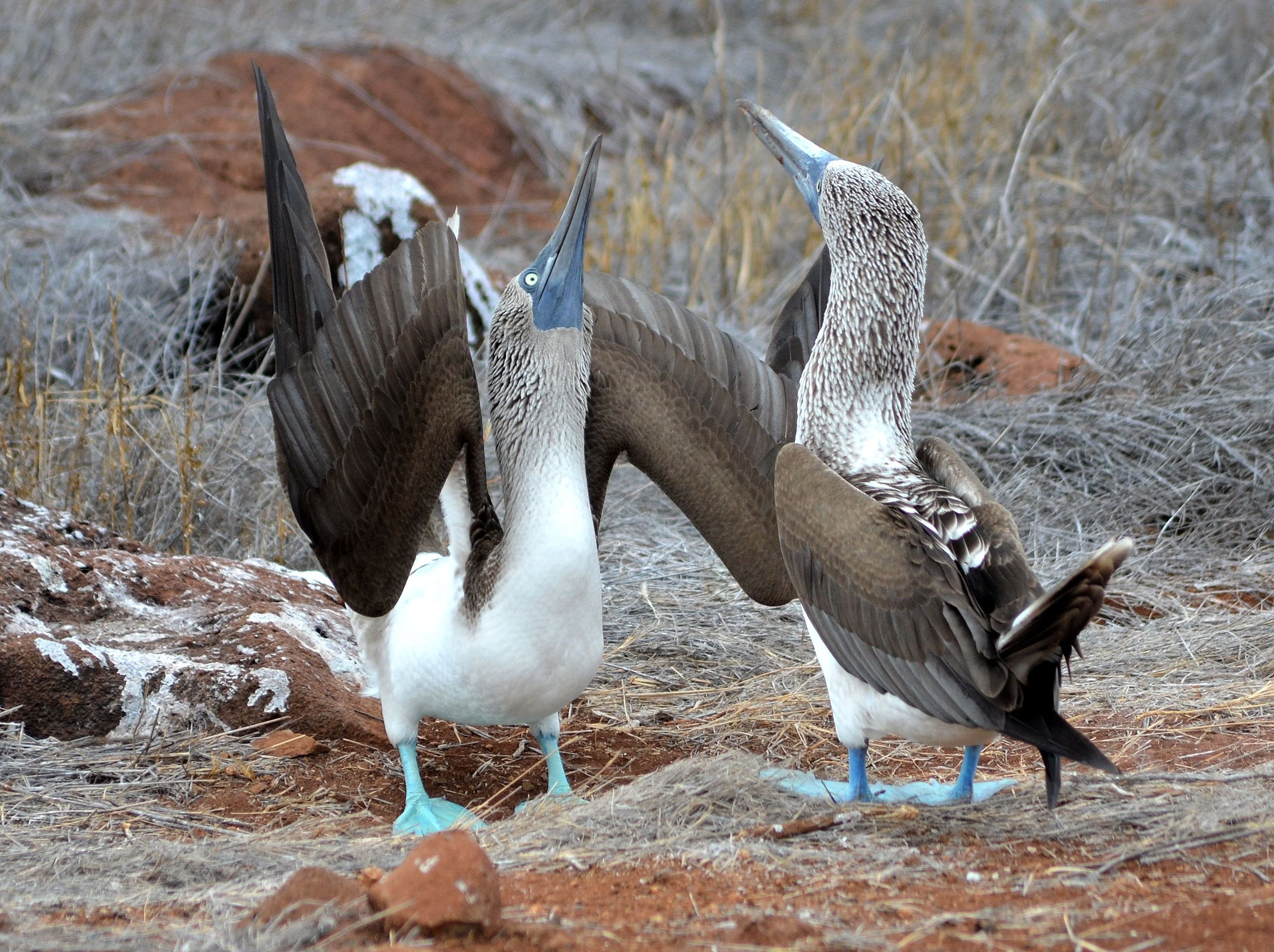 Electing not to breed

The researchers suspect a lack of sardines, a highly nutritious and easy to find source of food, is the culprit behind the birds’ nose-diving population for a number of reasons.

Previous studies conducted at booby colonies on Española show successful breeding occurs only when the birds had an almost 100 percent sardine diet. Over the course of the recent Galápagos study sardines represented less than half of the boobies’ diet.

This suggests the birds find their current, low sardine diet sufficient to live but insufficient to breed successfully.  “We think the main factor behind the decline is a scarcity of food,” Huyvaert said. “Whether that’s natural or linked to anthropogenic change, we aren’t sure.”

So now the question is, where are the sardines, said Johannah Barry, president of the Galápagos Conservancy, which provided funding for the study. “Are they being overfished? Are they leaving Galapagos waters due to climate change or other pressures?” she said. “If they are leaving what other fauna might be impacted?”

Anderson said further investigation is important now rather than later due to the fact that the boobies’ perennial lack of breeding for the better part of two decades means that young birds are not replacing old ones.  The majority of their population in the Galápagos must be nearing elderly ages where raising offspring will become hard, if not impossible.

“We have a convenient explanation that isn’t anthropogenic,” Anderson said. “But if humans are in fact contributing to this decline we need to get to the bottom of it now rather than five years down the road when you have the equivalent of 75-year old humans trying to breed.”