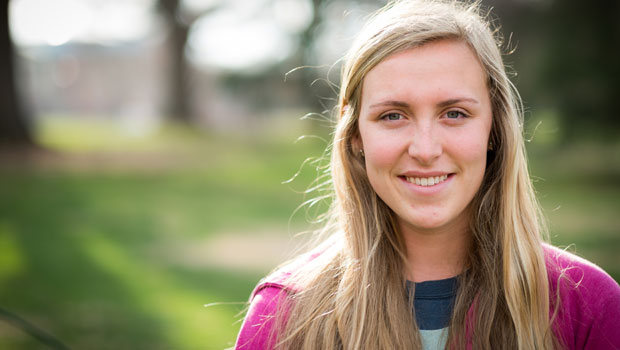 The arrival of Sarah Millsaps’ acceptance letter from Wake Forest University was reason enough to celebrate. But it was the financial aid package in that envelope that helped make her dream a reality.

“I remember dancing around the kitchen with my family the day we received my acceptance letter and the scholarship funds that would enable me to say ‘yes’ to Wake Forest,” said Millsaps, a rising junior. “The scholarship was a huge part of why I could enroll, and it was another reminder of how I was already known and valued at Wake Forest. I knew Wake wanted me as much as I wanted Wake.”

Thanks to the largest fundraising year in the University’s 180-year history, Wake Will: The Campaign for Wake Forest surpassed the $400 million milestone by the end of its fiscal year. As of June 30, Wake Forest has raised more than $402 million of its $600 million goal for the Reynolda Campus and is on the heels of exceeding the $405 million raised for The Campaign for Wake Forest: Honoring the Promise, which concluded in 2006.

Support for Wake Will already has made possible a number of wide-ranging benefits to the campus community, including more scholarships, more research, and more opportunities for students and faculty.

“Wake Will is a promise that we will prepare students to lead lives that matter, and every aspect of the campaign benefits them,” said Wake Forest President Nathan O. Hatch. “Unprecedented philanthropic support for Wake Forest helps fulfill our commitment to create opportunity, educate the whole person and inspire excellence.”

Wake Will helps provide funding for programs that support a wide variety of scholarships students can apply for even after they’ve arrived on campus. Millsaps, who serves as a student representative on the campaign committee, received a $5,000 study abroad scholarship to conduct research in Nepal this summer — made possible, in part, by Wake Will.

As a double major in English and anthropology, the trip offered her a chance to “test out” what its like to conduct ethnographic research first-hand. She joined nine other Wake Forest students and anthropology professor Steve Folmar, who has been conducting research in Nepal since 1979.

“Dr. Folmar made available all his resources. We used his translators. We benefitted from the deep connections he’s made in the community,” says Millsaps. “Anthropology majors have so many options, and there’s no one career path. Having the chance to see if this was something I want to do for the rest of my life was incredibly helpful. I’m not sure what I want to do when I graduate, but I love storytelling and the trip has made me think more about how I might tie together my interest in people and cultures with my love of writing.”

With support from Wake Will, more students are also receiving grants through the Undergraduate Research and Activities Center (URECA) for summer scholarship. The funds support 10 weeks of full-time mentored research work. 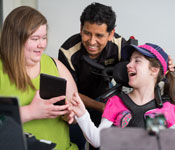 Kaminsky and Pauca work to help the disabled communicate.

For rising junior Ally Kaminsky, URECA funds have given her the chance to work with computer science professor Paúl Pauca to develop technology that helps severely disabled individuals communicate. The two are fine-tuning a hands-free device that may help millions of people with speech impediments and poor motor control interact with the world around them.

“Receiving the funds for a second summer meant I could come back and jump right into the work. I came back with expertise. I could drop in fast and accomplish more,” said Kaminsky. “We haven’t changed lives yet, but we’re on track. I’m grateful I can help those with cerebral palsy or ALS realize some of their goals just as the scholarship has helped me realize mine.”

For rising junior Brian Hart, funding from URECA is helping him prepare for graduate school. Hart spends his week poring over newspapers and articles, gathering information on the wars in Afghanistan and Iraq. He then shares his research and ideas with politics professor Will Walldorf for a book Walldorf is writing on pubic perceptions, policy decisions and regime change. For a student interested in a career in international relations, this is exactly what he needs for his next steps after college.

“I view this as the most exciting opportunity I’ve had at Wake Forest so far,” said Hart.  “It’s a crash course in real-world research at the undergraduate level — a rare opportunity for people my age who are attending bigger universities. It just doesn’t get any better for me than this.”

Wake Forest publicly launched its campaign in October 2013 with a goal of raising $600 million for the Reynolda Campus to support students, faculty and enhancements to campus life.

Additional information about the campaign is available at wakewill.wfu.edu.

Support for Wake Will already has made possible a number of wide-ranging benefits to the campus community, including: