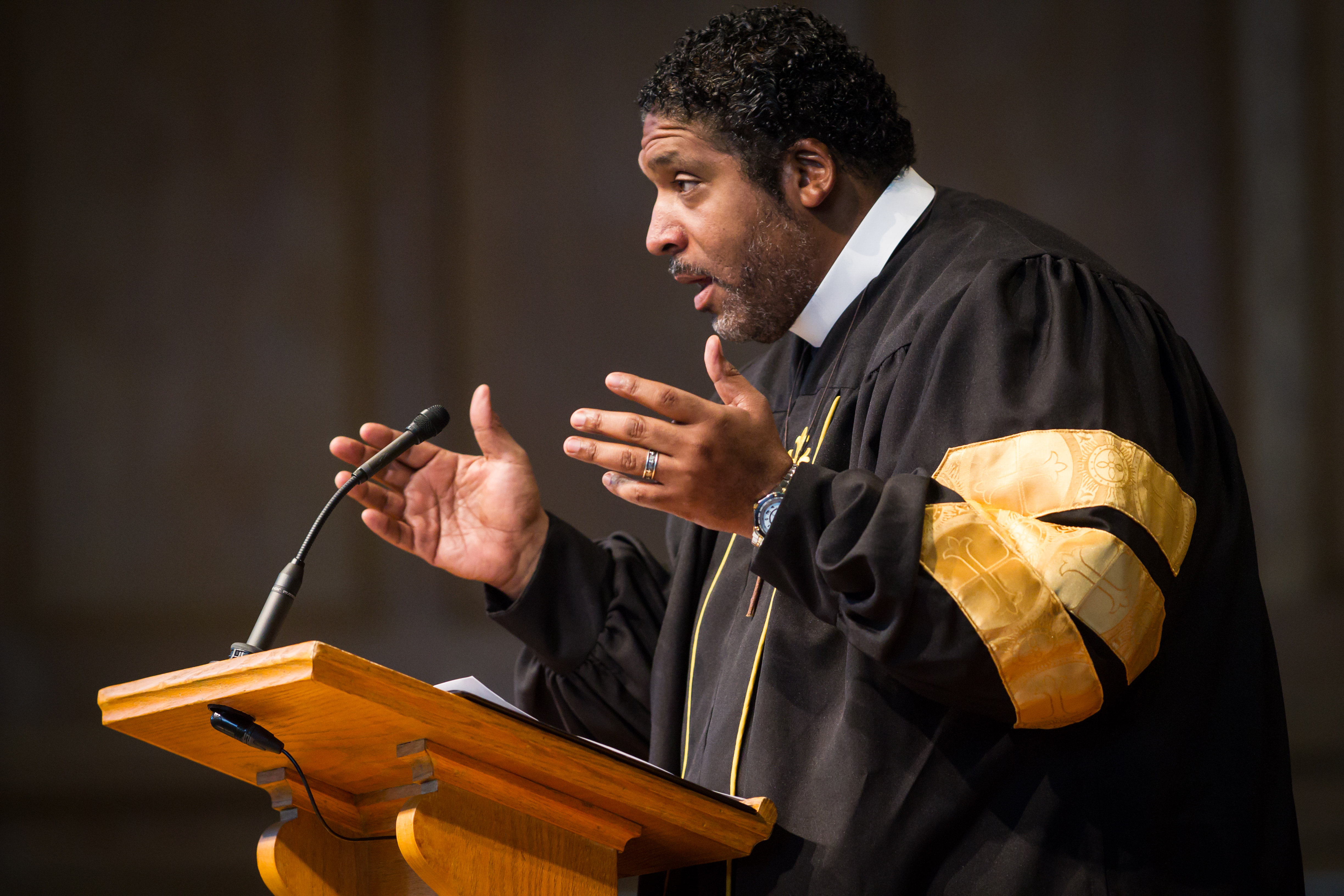 During the School of Divinity’s Fall Convocation, the Rev. Dr. William J. Barber II, urged hundreds of students, faculty and community members in attendance to re-center their moral compasses and find the higher ground when it comes to the challenging societal issues of poverty and race while rejecting indifference and division.

“Higher ground is the moral challenge for us in this moment,” Barber told the large gathering in Wait Chapel on Tuesday, Sept. 2.

Barber, architect of North Carolina’s Moral Monday-Forward Together Movement, president of the North Carolina NAACP, and pastor of Greenleaf Christian Church in Goldsboro, N.C., took the audience through a historic timeline of prophetic moral movements, saying that every time in history needs them as a means to move issues of injustice forward.

“Somebody must yield to the spirit … because there are things that must be challenged because they are wrong,” he said.

Barber’s address was the inaugural event of the Mac Bryan Prophetic Preaching Series that honors the late George McLeod “Mac” Bryan, Sr., who was professor of religion at Wake Forest University for 37 years. In addition to teaching courses on feminism, religion and science, and liberation theology, Bryan fought tirelessly for Civil Rights, pursued social reform, and was instrumental in helping to integrate Wake Forest College in the 1960s. 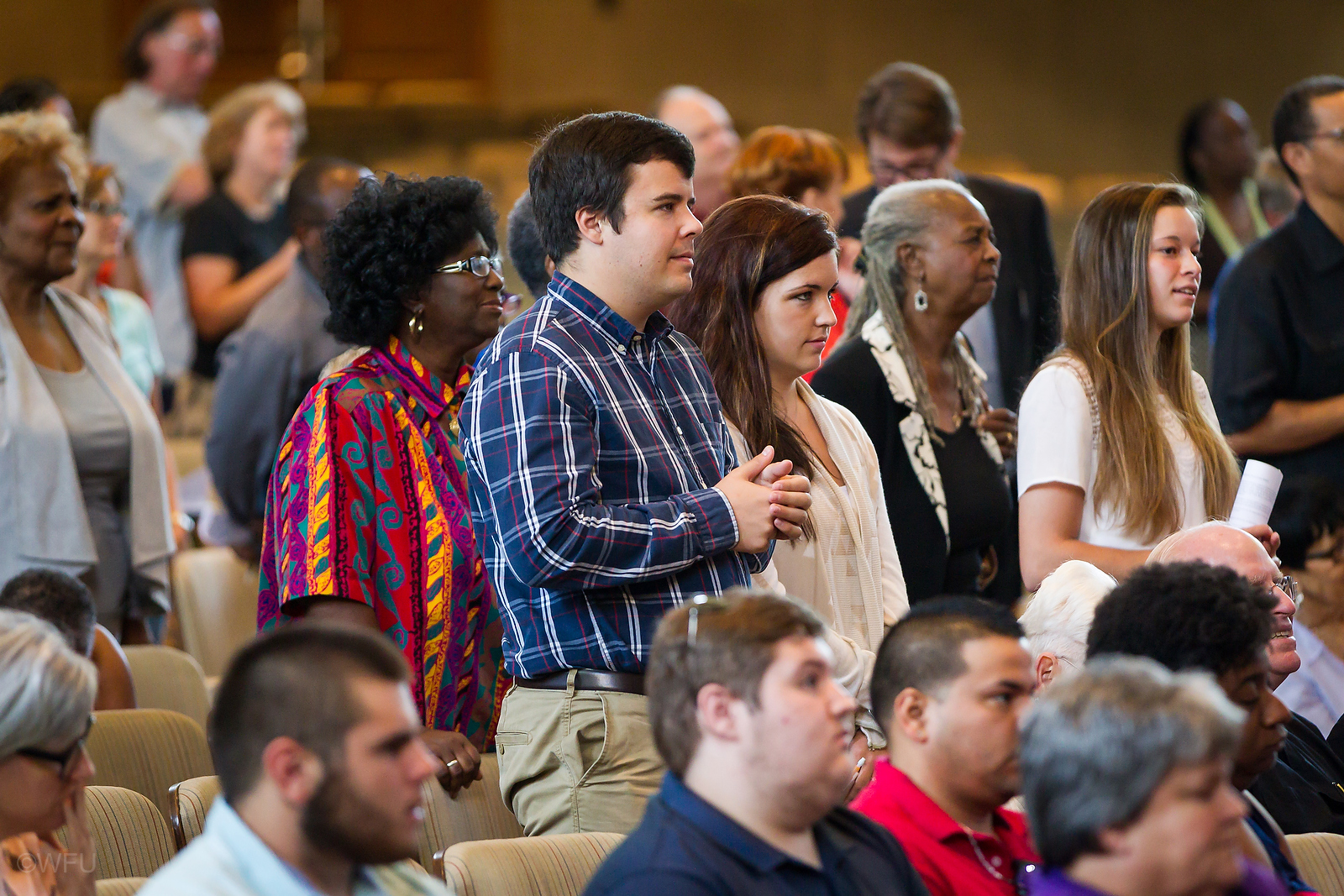 “It is exciting to honor the life and legacy of Mac Bryan with a preacher who is committed to social justice and the public impact of religious leadership, and whose ministry so powerfully aligns with Bryan’s commitments,” said School of Divinity Dean Gail R. O’Day.

The series was established by Wake Forest graduates George and Carol Williamson because of Bryan’s impact on their lives with the intent to bring preachers and speakers to campus who will inspire students to live and serve at the intersection of Christianity and social justice.

Barber emphasized the need for moral action and stepping up for what is right instead of being a bystander. He pointed to the success of the Moral Mondays that grew from 17 protestors to 80,000 over the past 72 weeks who have debated with General Assembly leaders over Same Day Registration, the Racial Justice Act, and building cross-racial unity in the marriage equality discussion.

After Barber’s address, second-year divinity student Brian Hayes said, “As a budding leader in the faith community, I am inspired and challenged to take a stand, even when it means a backlash and being ostracized from people I’ve grown up with in faith.”