What can religion teach us about Jay-Z? 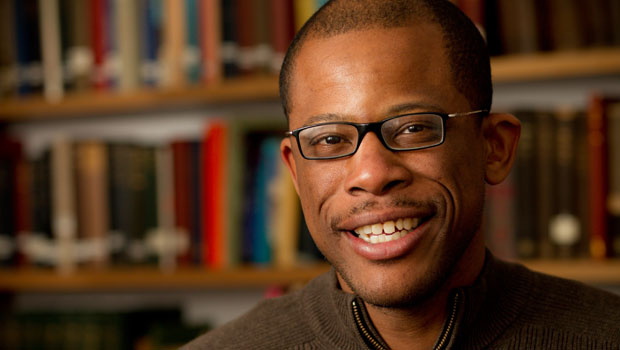 What do hip hop and religion have in common? That’s what the students who enroll in professor Ron Neal’s filled-to-capacity classes want to know.

“Religion and hip hop, just like religion and science, seem incompatible, but all seek answers to the big questions of who am I and why am I here,” says Assistant Professor of Religion Ron Neal. “They wrestle with what is deeply human.”

Neal, an expert in religion, ethics and culture, explores with his students what hip hop says about society — the good, bad, beautiful and ugly.

“It’s important to think about hip hop as a serious subject of study and not just discount or condemn it. I loved the way that Dr. Neal synthesized religion, race and history all in one class, using history to explain the origins of hip hop and religion, ” says senior religion major Nina Foster.

Hip hop, which encompasses rap, dance, art, graffiti, DJ-ing and fashion, might seem easy to dismiss as a topic without academic heft, but listening to Neal, it’s clear that as a cultural phenomenon, understanding hip hop is a way to learn about American history, black culture and ourselves.

“American popular culture and black popular culture are consumed worldwide. That hip hop is a global phenomenon is reason enough to invest serious study into its place in our lives — both past and present,” says Neal. “In class, my students learn to think about the connections between hip hop and the stories we’ve all grown up with as Americans — the idea of the self-made man, the achievement of the American dream, and the belief that hard work will lead to the good life.”

“By studying hip hop, I learned to synthesize race, religion and my identity as a black woman,” Foster says.

With a passion for music, Neal at one time considered a career as a DJ. Instead, he found a creative way to share his first love with others who want to learn what music can tell us about the world in which we live. 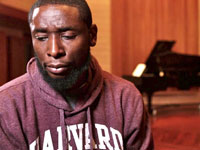 On Sept. 12, students had the chance to hear from another music lover turned teacher, Patrick Douthit, professionally known as 9th Wonder.

Born and raised in Winston-Salem, the Grammy Award-winning producer visited the Reynolda Campus for the hometown screening of “The Hip-Hop Fellow,” a feature length documentary about his tenure at Harvard University teaching a “Standards of Hip Hop” course, conducting research for his thesis and exploring hip hop’s history, culture and role in academia.

From Motown to Gospel to Duran Duran to the birth of MTV, 9th traced the history of hip hop for the audience. “It’s where I learned about who I am and gained an appreciation for modern black history beyond the bulletin board pictures of Martin Luther King and Harriet Tubman,” he said. “Music is an education. It’s an unconventional bridge to our past.”

As part of the talk, Douthit reminded the audience of a time not so long ago when waiting for a song to come on the radio, hoping to be in front of the television to catch a much-talked about video and hunting down an album were part of the musical landscape. No YouTube. No downloading singles. Sometimes it took months or longer for hip-hop music to move across the country.

The lighting speed with which a song or video today becomes a part of our lives and then often fades away makes thoughtful reflection more challenging.

One of Neal’s goals in his religion and hip hop class is to help students think broadly and analytically about what we consume rather than passively absorbing popular culture.

“Technology has definitely diminished our capacity for the patience, time and discipline needed for critical thinking,” says Neal. “Those of us who research popular culture have the fortune and challenge of helping students become more thoughtful consumers.”

More shifts are on the horizon, Neal says. Ever evolving social media intensifies the challenge of cultivating the kind of critical thinking skills needed to offset passive consumption.