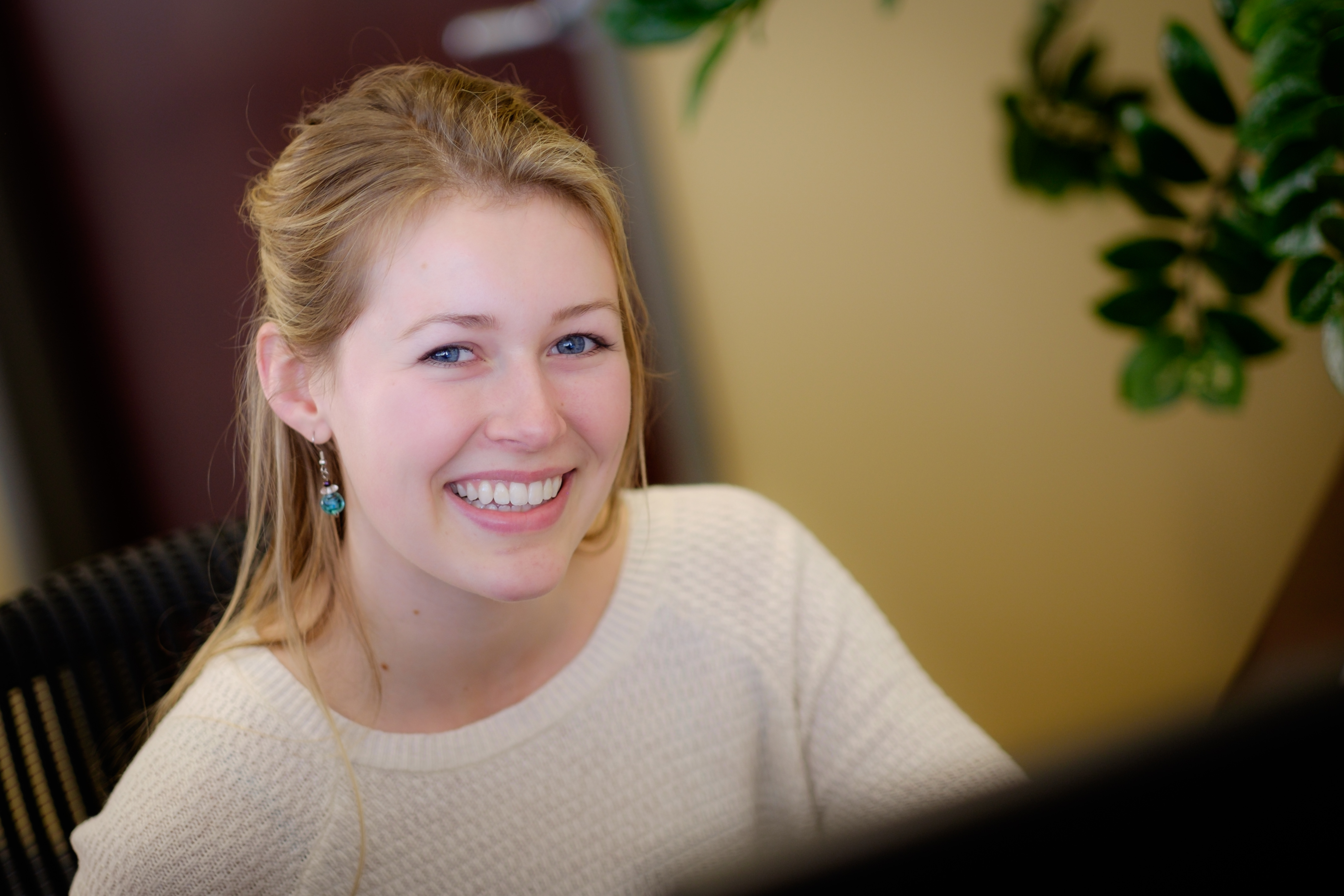 Kelly FitzGerald is all smiles. After all, she’s about to make her red carpet debut.

The Wake Forest sophomore is one of six Team Oscar winners who will deliver Oscar statuettes to celebrity presenters at the 87th Academy Awards on Sunday, Feb. 22, live on ABC.

Team Oscar is a short-video competition for young filmmakers and thousands applied this year. Winners were selected based on creative 60-second videos submitted to the Academy’s Facebook page on the subject, “The best piece of advice I’ve ever received.”

FitzGerald’s winning video is titled “Sharing a Smile” and is based on the advice – “If you see someone without a smile, give them one of yours.” Her video, which can be viewed here, depicts a paper smile being shared across the miles by several people.

Actor Channing Tatum, the spokesperson for the competition, announced the winners Monday, Jan. 26 during an appearance on “Jimmy Kimmel Live.”

“Everyone who submitted a video received an email asking them to tune into the show for the announcement,” FitzGerald said. “I thought I’d misheard it and thought, wait a second, was that my name?”

She had given her mother the heads up to tune in at home in Geneva, N.Y. “I called my mom to ask her if my name had been called but she’d fallen asleep,” FitzGerald said. “I went online to verify.”

FitzGerald said she first learned of Team Oscar on Instagram “because I follow Channing Tatum. I thought, well, I have to enter – I can’t NOT enter. I just decided to go for it.”

The competition was announced mid-December over winter break and submissions were due Jan. 12, so the turnaround was quick.

FitzGerald, who plans to major in communication, said she has always been interested in film though she has no formal training.

The trick then, she said, was to figure out “how can I portray the importance of a smile.”

“I’m so impressed by the creativity, passion and hard work that went into this year’s Team Oscar submissions,” said Tatum in a press release. “It was difficult to pick just six winners, but I’ll be proud to share the Oscars stage with these talented, young filmmakers in a few weeks.”

In addition to her appearance on the Oscars, FitzGerald will have a chance to explore the renowned collections at the Academy’s Margaret Herrick Library, tour motion picture studios, and participate in meet-and greets-with filmmakers at Oscar Week events.

Listen to her radio interview with Fingerlakes News Radio located in her hometown of Geneva, NY.