Expert on human longevity to deliver Voices of Our Time address 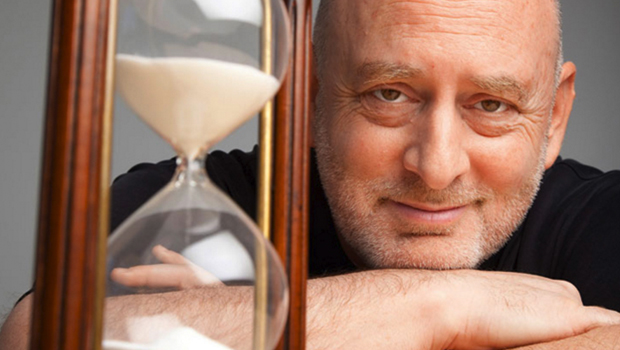 S. Jay Olshansky, an expert on aging whose research focuses on the upper limits of the human life span, will speak at Wake Forest University on Thursday, March 17.

Part of the University’s Voices of Our Time speaker series, the talk will begin at 6 p.m. in Broyhill Auditorium located in Farrell Hall. The event is free and open to the public.

Voices of Our Time is a guest speaker series that exposes students, the Wake Forest community and the general public to some of the world’s leading thinkers — including scholars, scientists, writers, business and public policy leaders, activists and religious leaders — for discussions about timely national and international issues.

Olshansky’s talk is titled, “A Matter of Time: Aging, Health and Longevity in the 21st Century.” He will also serve as the keynote speaker for “Aging Re-Imagined,” a comprehensive and interdisciplinary symposium that addresses the topic of aging in our society and begins earlier in the afternoon.

“Olshansky’s address and the symposium highlight the intersection of important work on the subject of aging that translates across our campus to the School of Medicine,” said Wake Forest President Nathan O Hatch.

The symposium brings leading scholars, artists, medical professionals and researchers together who will share insights on four key ideas that inform how we age, and how we think and feel about aging: Mobility, Mind (including memory), Mortality, and Meaning.

The symposium begins Thursday at 4 p.m. with a presentation by and Q&A with Liz Lerman, a famed choreographer known for her work with multi-generational ensembles to dispel the idea that dance is only for youth.

Following the keynote by Olshansky at 6 p.m., the aging symposium resumes on Friday, March 18 at Bridger Field House with a full schedule of speakers and presentations. More information can be found here.

“Aging Re-Imagined” came about because of associate professor of dance Christina Soriano and her work teaching dance to people living with Parkinson’s Disease. As a member of Wake Forest’s Translational Science Center (TSC), she is one of many faculty from the biochemical, physiological, psychological, behavioral disciplines and the arts whose goal is to improve functional health in aging through research and academic training programs.

Soriano, who is chairing the committee of interdisciplinary faculty that has organized the symposium, said she had the idea for the symposium because as a TSC member she’s had opportunities to engage with colleagues she normally wouldn’t cross paths with and there have been times when she was pretty amazed at all the research and work that is going on related to aging.

“This symposium isn’t targeting specific diseases but is instead asking what the challenges are that arise as we get older, what does all of that look like in a city like Winston-Salem and how can we all come together and talk about it,” she said.

Olshansky has been working with colleagues in the biological sciences to develop the modern “biodemographic paradigm” of mortality – an effort to understand the biological nature of the survival and dying out processes of living organisms.

The focus of his research has been on estimates of the upper limits to human longevity, exploring the health and public policy implications associated with individual and population aging, forecasts of the size, survival, and age structure of the population, pursuit of the scientific means to slow aging in people, and global implications of the re-emergence of infectious and parasitic diseases, and insurance linked securities.

Olshansky is a professor in the School of Public Health at the University of Illinois at Chicago concentrating on biodemography and gerontology. He is also a research associate at the Center on Aging (University of Chicago) and at the London School of Hygiene and Tropical Medicine. He is an associate editor of the Journal of Gerontology: Biological Sciences and Biogerontology and is a member of the editorial boards of several other scientific journals.

Olshansky has provided dozens of interviews on the topic with top science magazines and national media outlets, presented at the Nobel Conference on the Science of Aging, and is co-author of an e-book, “A Measured Breath of Life,” that explores the question as to whether or not there is a biologically based limit to the duration of our lives.