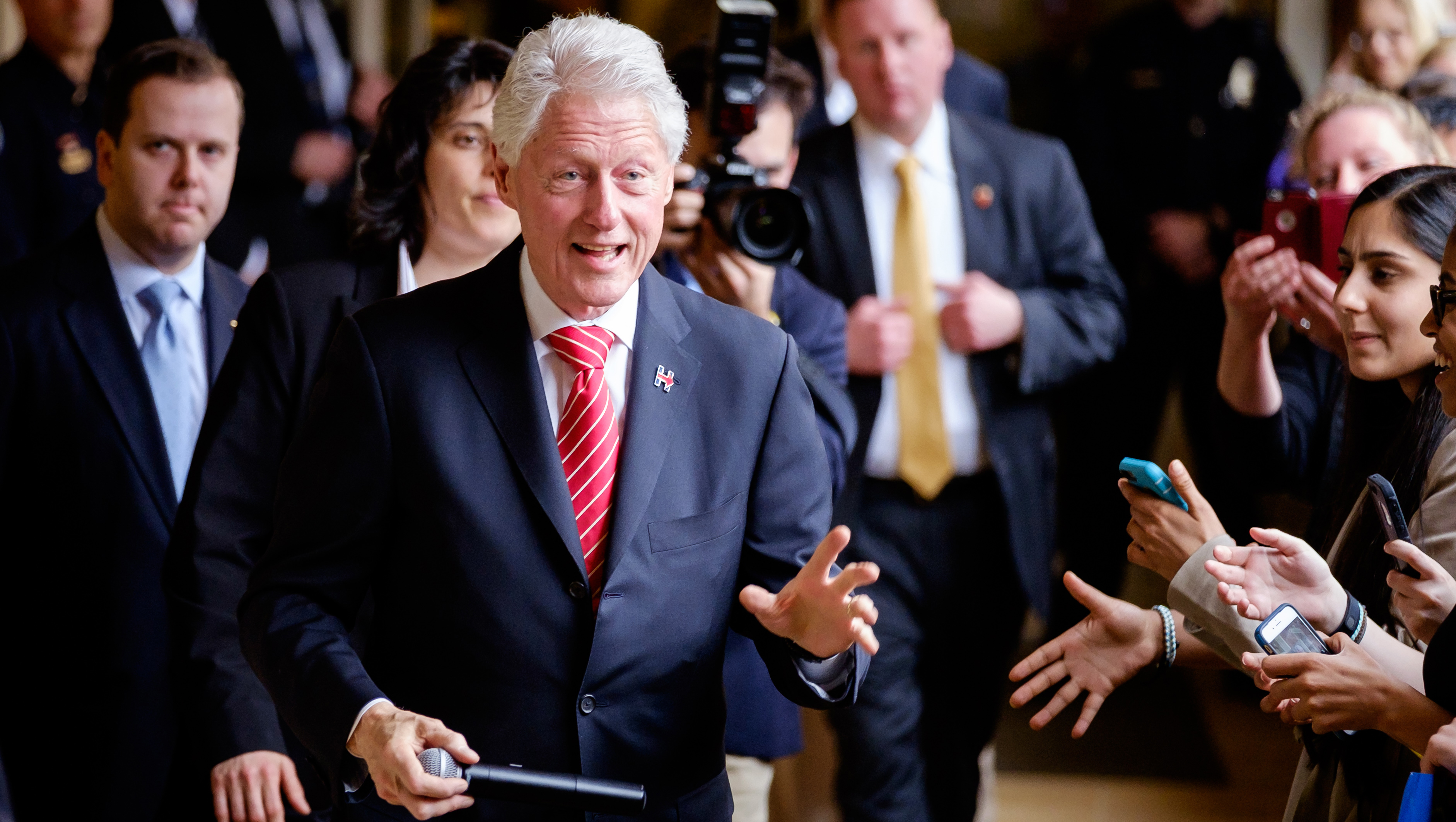 Hundreds of students across the political spectrum packed into the Wake Forest University School of Law to hear former President Bill Clinton speak on March 13. 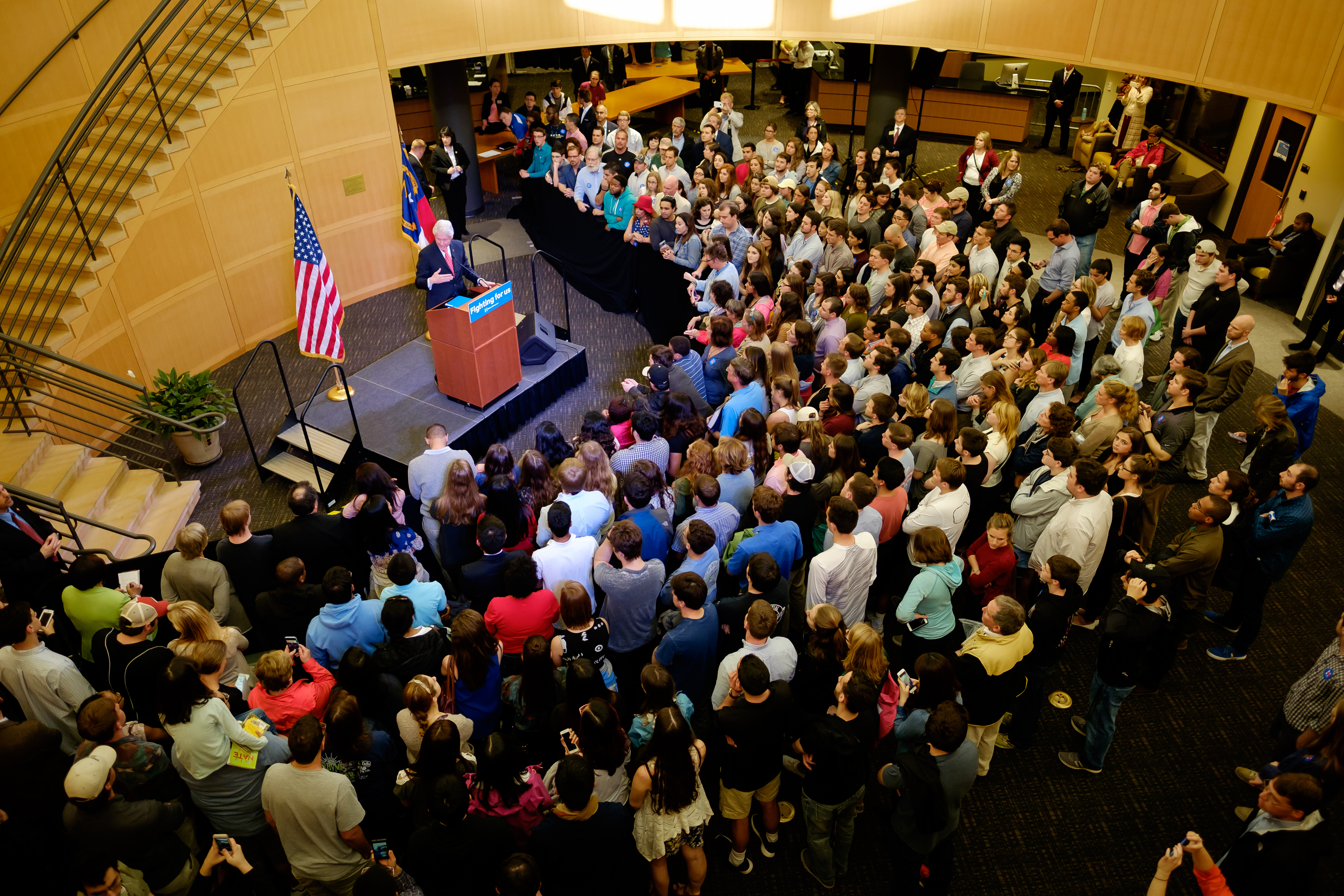 “It’s kind of a wacky year, isn’t it?” Clinton asked, contrasting the popularity of political outsiders with his wife’s experience as a former senator and Secretary of State.

“This year is a pivotal moment in our country’s history where you have a choice of voting for answers rather than anger, and for what is best for your future rather than fearing the future,” he said.

Many of the issues Clinton’s 50-minute speech addressed – including jobs, college affordability and socioeconomic equality – were directed at students and young adults in the room like Katherine Cassidy.

“When you are a millennial and you are about to vote for the first time in a presidential election, it’s easy to think, ‘Oh, my vote doesn’t matter,’” said Cassidy, who is from McLean, Va. “But when a former President comes to stump for a potential future President at your school, it really shows how much your vote matters and the fact that they want you to be involved.”

David Ajamy II from Winston-Salem agreed. “It allows me to be reassured that my vote does matter.” He said seeing President Clinton “allows me to remember that a vital part of being a citizen is being politically involved and meeting who represents me.”

In conjunction with the N.C. primary on March 15, Wake the Vote will shift from small group campaign work to larger community involvement efforts focused on voter access, voter enthusiasm and voter registration efforts. Engage with #WakeTheVote on social media. 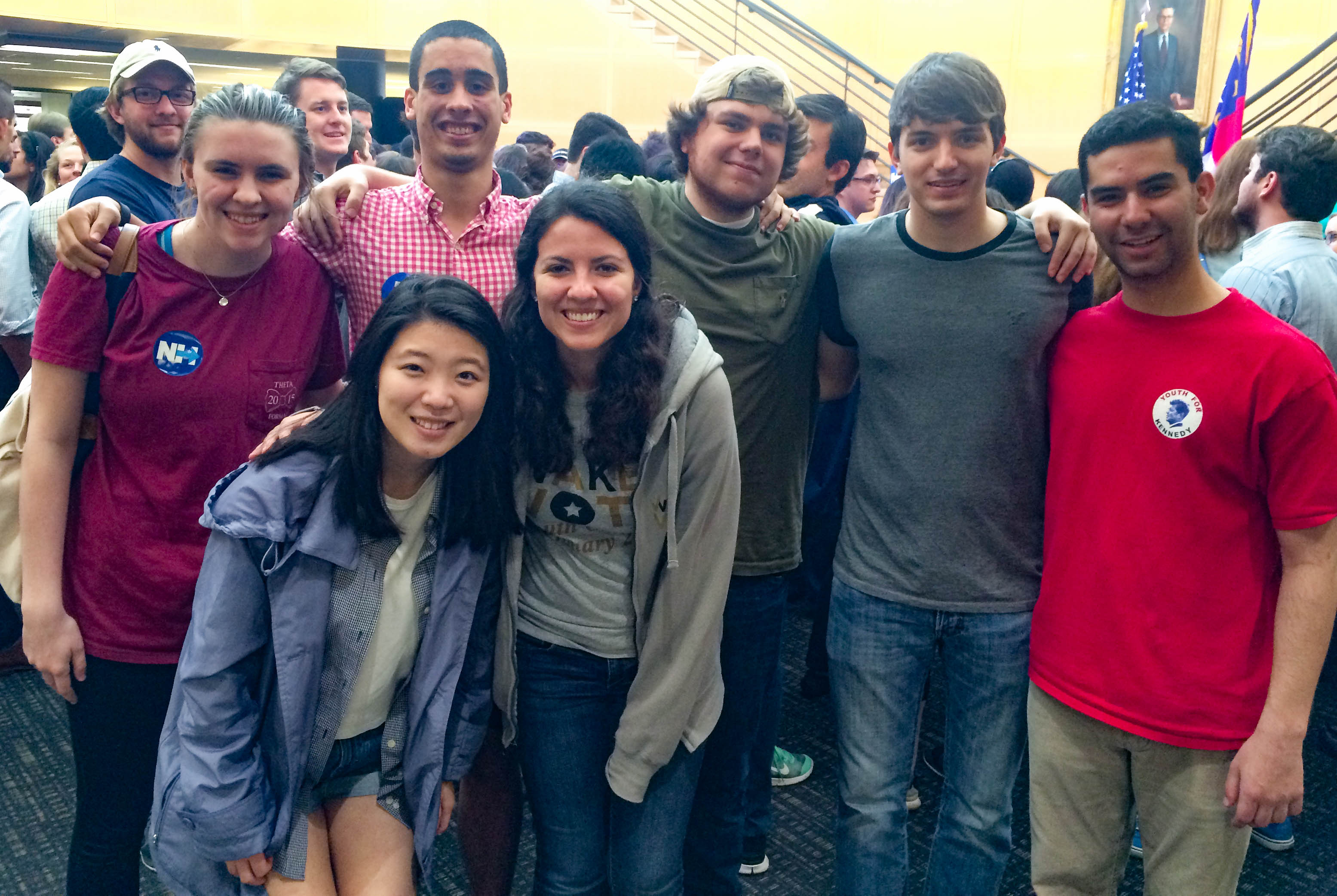 Although Cassidy and Ajamy, both first-year students, will cast their ballots for the first time in 2016, they are no strangers to the political process. They are two of 22 students participating in Wake the Vote, a year-long immersive experience that takes the classroom to the campaign trail.

Several students in the Wake the Vote program as well as many other students made last-minute arrangements to return from spring break earlier than planned just to attend Clinton’s rally – whether they plan to vote for Hillary Clinton or not.

“I had the opportunity to shake Bill Clinton’s hand. I know my friends back at home are going to be so jealous,” said Daniella Feijoo, a first-year student from Wauconda, Ill. “Even though I may not be a Hillary Clinton supporter as of now, it definitely opens up doors for me in the future to look more into what she has done in the past.”

Before leaving, Clinton greeted the overflow crowd who listened to his speech by loudspeaker outside Worrell Professional Center.

John Allen Riggins (’14), a first-year law student who majored in politics and international affairs as an undergraduate student, reflected on the former President’s focus on issues rather than insults.

“As someone who follows media around the election closely, it was a relief to hear one of the greatest orators and policy minded personalities of our time offer a substantive insight into Hillary’s platform,” said Riggins. “While media make it easier to watch a 30-second soundbite than a robust speech, I was proud that the line of Wake Foresters stretched around the building to engage with the nuts and bolts of one candidate’s policy stances.” 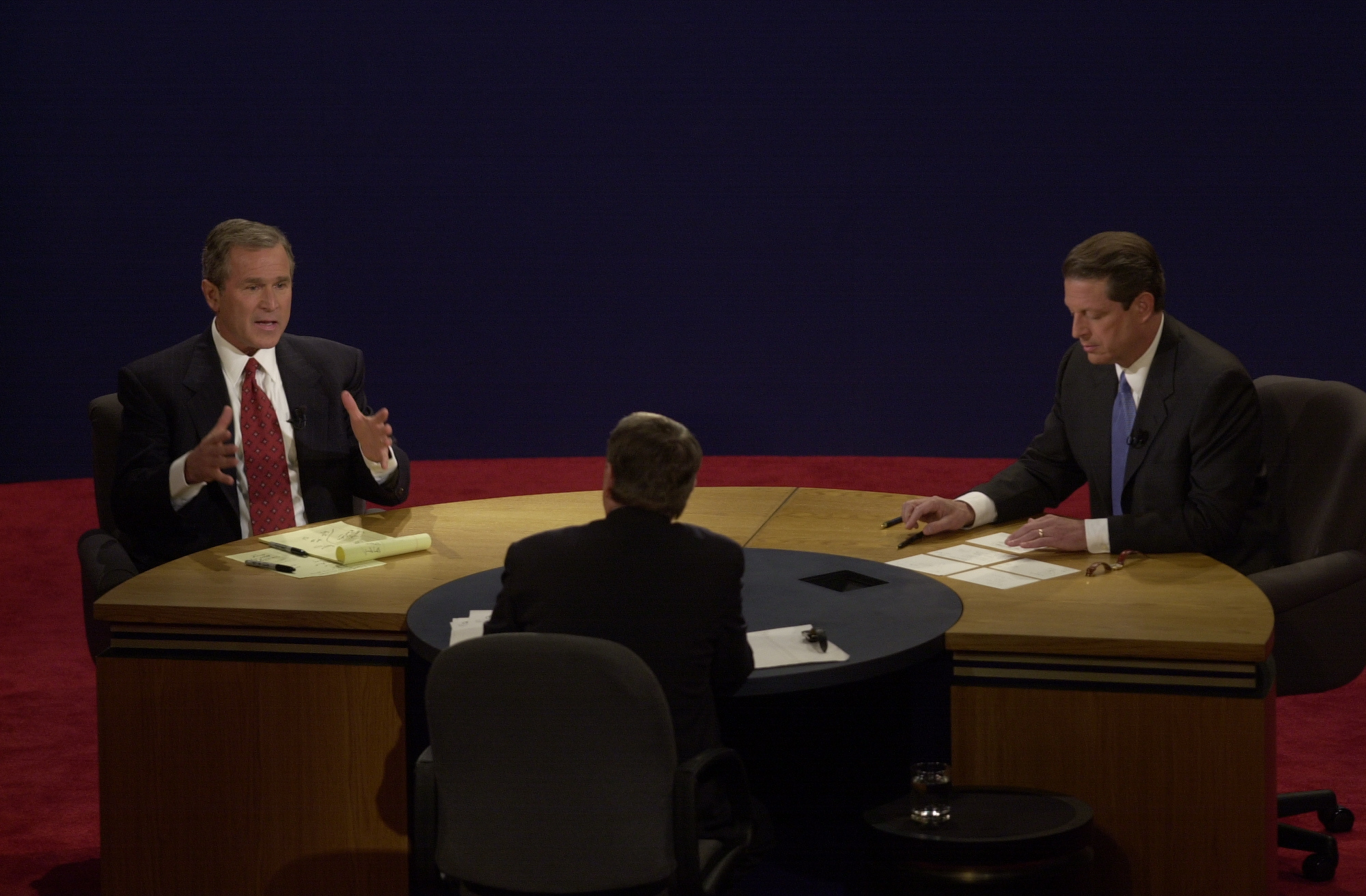 The Reynolda Campus has a long history of hosting U.S. Presidents and presidential candidates, starting with President Harry S. Truman’s participation in Wake Forest’s groundbreaking ceremony in 1951. Notably, Wait Chapel has been home to two presidential debates in 1988 and 2000.

Statement from Wake Forest University: As an educational institution, Wake Forest is committed to promoting the free exchange of ideas, which includes providing a forum for speakers who express a wide variety of political views.  The university’s tax-exempt status, however, requires that it not engage in any political campaign activity, which means the university is prohibited from endorsing or opposing any candidate for political office.  Wake Forest takes its obligation in this regard very seriously. This event does not represent an endorsement by Wake Forest of any candidate for public office.