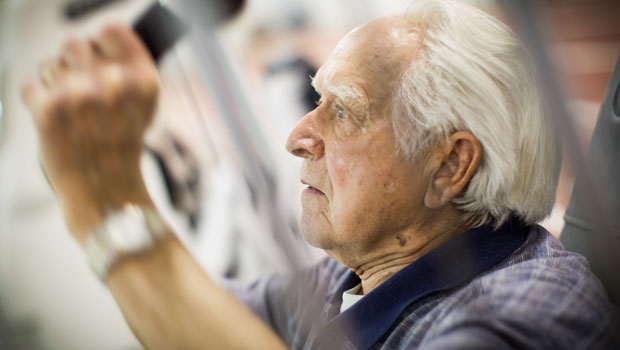 According to the U.S. Census Bureau, there were just over 44 million Americans aged 65 and older in 2013 — making up 14 percent of the population. By 2060, one in four, or 98 million Americans, will be over 65. And the U.S. is not the only country with a growing elder population.

At the School of Public Health at the University of Illinois at Chicago, Jay Olshansky and his colleagues have been exploring the global health and public policy implications associated with individual and population aging in societies. It is a critical area of study because it will fall largely on younger generations to care for aging populations.

The team’s focus is not on extending life span, but on the importance of slowing the biological process of aging.

“We are not going to like it if we live longer without a health extension,” Olshansky said during a Voices of Our Time speech held in conjunction with a Wake Forest University symposium, “Aging Re-Imagined.” 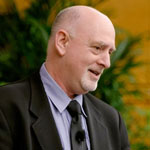 The goal of health care research, according to Olshansky and his team, should not be to make us live longer but instead to help older people be physically youthful for longer. “If we continue on our current path of modulating diseases only, we may see an extended period of frailty and disability — reaping the benefits of a longer life and paying the price. Instead of focusing on fatal diseases such as heart disease, cancer, stroke and Alzheimer’s, we need to focus on the fundamental process of aging that gives rise to all of them — altering our fundamental relationship with disease.”

The talk was one of two that launched the symposium. Liz Lerman, choreographer and founder of Liz Lerman Dance Exchange, spoke on “Dancers of the Third Age: A short history of dancing while getting older.”

“Aging Re-Imagined,” held March 17 and 18, brought together more than 300 faculty, staff, students and members of the Winston-Salem community to discuss the topic of aging. Leading scholars, artists, medical professionals and researchers shared insight on how people age and how society thinks and feels about aging. The event featured national speakers and highlighted research being conducted by Wake Forest faculty.

Dance professor Christina Soriano, who teaches dance to people living with Parkinson’s Disease, chaired the committee that organized the event. As a member of Wake Forest’s Translational Science Center, she is one of many faculty from the biochemical, physiological, psychological, behavioral disciplines and the arts whose goal is to improve functional health in aging through research and academic training programs.

“I had the idea for the symposium because I’ve had opportunities to engage with colleagues I normally wouldn’t cross paths with and I have been amazed at all the research and work that is going on related to aging,” said Soriano. “The symposium addressed the challenges that arise as we get older – what does all of that look like in a city like Winston-Salem and how can we all come together and talk about it.”