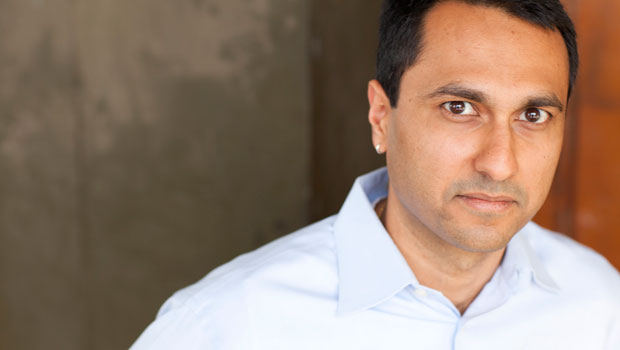 Eboo Patel, a leading voice for interfaith cooperation and the founder and president of Interfaith Youth Core (IFYC), will deliver Wake Forest University’s commencement address on Monday, May 16.

“Eboo Patel is recognized around the world for bridging divisions among people of different faiths,” said Wake Forest University President Nathan O. Hatch. “At a time when so much global conflict is rooted in religious difference and the need for interfaith cooperation is so great, I am pleased he will be Wake Forest’s commencement speaker.”

Patel, who served on President Barack Obama’s inaugural Faith Council, is the author of “Acts of Faith,” “Sacred Ground,” and the forthcoming “Interfaith Leadership.” He is a regular contributor to the public conversation around religion in America and a frequent speaker on the topic of religious pluralism. He holds a doctorate in the sociology of religion from Oxford University, where he studied on a Rhodes scholarship. For more than 15 years, Patel has worked with governments, social sector organizations, and college and university campuses to help realize a future where religion is a bridge of cooperation rather than a barrier of division.

Patel founded IFYC, a national nonprofit working to make interfaith cooperation a social norm. In 2015, Wake Forest partnered with IFYC as part of the University’s ongoing efforts to support meaningful connections between people of different faiths.

Patel spoke at Wake Forest in 2012 as part of the University’s Voices of Our Time series.

Wake Forest’s commencement ceremony is a ticketed event reserved for graduates, their families and guests and is not open to the public. The ceremony takes place on Hearn Plaza at 9 a.m. EST.

A livestream webcast of the ceremony will be available at go.wfu.edu/wfu16. Media who wish to attend must request credentials online.

“Rev. Barnes’ ministry, writing and academic leadership reflect his thoughtful and widely informed approach to religious ministry and theological formation that is well suited to changing times,” Hatch said. “He has superbly led large urban congregations and is a wonderful communicator, deeply human and hopeful in his approach and his words.”

After graduating from The King’s College and Princeton Theological Seminary, he received a Ph.D. in the History of Christianity from The University of Chicago. He has served as a pastor to three congregations including The National Presbyterian Church in Washington, D.C. In the fall of 2002, he became the Meneilly Professor of Pastoral Ministry at Pittsburgh Seminary while also serving as the senior pastor of Shadyside Presbyterian Church.

Baccalaureate will take place Sunday, May 15 at 11 a.m. in Wait Chapel. Like commencement, baccalaureate is a ticketed event reserved for graduates, their families and guests and is not open to the general public.

A livestream webcast of the service will be available at go.wfu.edu/bacc2016.