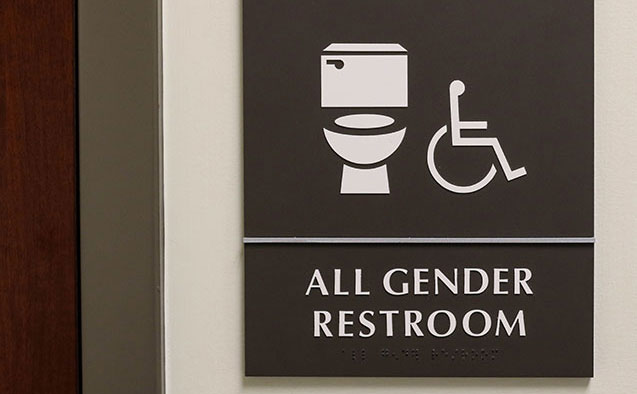 With the first anniversary of the passage of North Carolina House Bill 2 (HB2) approaching this week, several Wake Forest experts are available to comment on the original legislation, appeal proposals, court challenges and the impact on the state.

John Dinan, professor of politics and international affairs
Dinan is a specialist in state politics and state constitutions. He can talk about various issues related to HB2, including the challenges faced by state officials in brokering a compromise to repeal and/or revise HB2 as well as the status of litigation challenging HB2 and the arguments and issues addressed in these lawsuits. He can place North Carolina’s HB2 law in the context of legislation adopted or under consideration in other states, as he has done for the Raleigh News & Observer, Charlotte Observer and many broadcast outlets since HB2 became law.

Angela Mazaris, LGBTQ Center Director
Mazaris can talk broadly about the bill’s impact on the people, economy and reputation of North Carolina. As an educator, she can also speak about its effects on students across the state. Mazaris is the founding director of the LGBTQ Center at Wake Forest University, where she also teaches in the Women’s, Gender, and Sexuality Studies program. As LGBTQ Center Director, she provides education, advocacy, and support to the campus community around issues of gender identity and sexual orientation. She has provided expert commentary for Fox News, Charlotte Observer, Christian Science Monitor and many other news outlets on this topic.

Todd McFall, teaching professor of economics
McFall, a sports economist, is available to comment on the long-term effects of the loss of NCAA championship events. Sports economist Todd McFall can discuss the financial fallout from HB2 as sports and entertainment events in North Carolina since HB2 were cancelled or moved. As we move into the second year of the ‘bathroom bill,’ McFall says our state has now “lost its place in the front of the line for hosting premier events that add to the cultural cache of the state.”

Harold Lloyd, associate professor of legal analysis and writing at Wake Forest Law
Lloyd has spoken and written extensively about HB2 including, “McCrory’s House Bill 2: A Brief Outline of its Five ‘Parts’,” originally published in The Huffington Post last year.

Shannon Gilreath, a professor of law and professor of women’s, gender, and sexuality studies
Gilreath is nationally recognized as an expert on issues of equality, sexual minorities, and constitutional interpretation and has also spoken and written extensively regarding HB2.