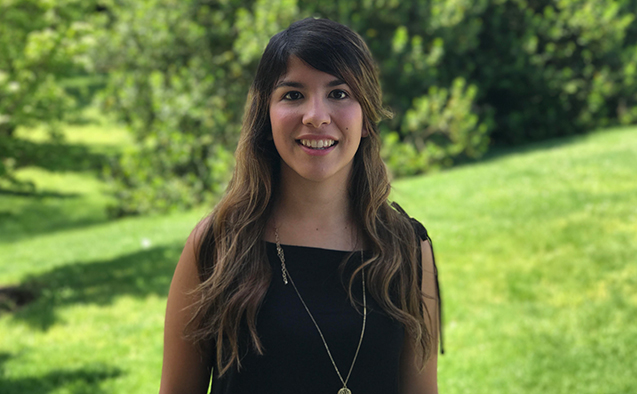 Franco, a junior majoring in communication with a minor in psychology, will travel to her native Venezuela to report on issues of economic instability, environmental destruction, and indigenous rights violations. She plans to focus on the displacement of indigenous populations due to mining operations by transnational corporations.

“The unstable economic and sociopolitical situation in Venezuela compounds the environmental justice problem,” Franco said. “Massive numbers of dislocated indigenous people are seeking asylum in Brazil, given the lack of resources to fulfill basic needs. My project will give voice to those suffering human and environmental injustices with the hope for social change.”

Journalism Professor Justin Catanoso, Wake Forest’s liaison to the Pulitzer Center, said: “Lila’s ambitious project in her native Venezuela focuses on an issue that too often is overlooked by governments and media alike — the twin assaults on the rights of indigenous populations and on fragile environments by rampant mining for natural resources. Lila’s project has the potential to raise critical awareness about social injustices and environmental damage taking place in a country without a free press.”

Wake Forest is one of the longest-standing members of the Pulitzer Center’s Campus Consortium. In addition to mentoring a student reporting fellow annually, the Center also sends an accomplished foreign correspondent to campus each spring to speak in journalism and other related classes about his or her overseas reporting, which the Pulitzer Center helps fund.