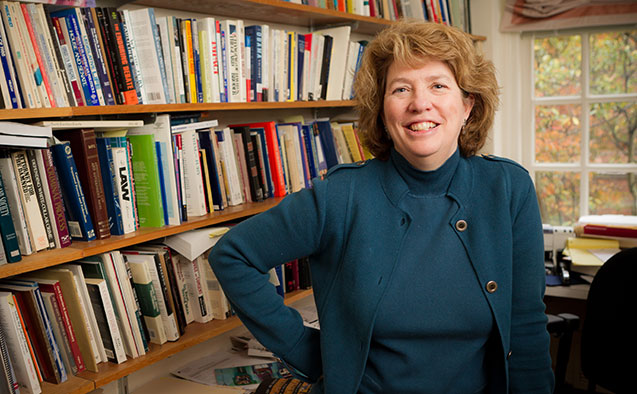 “The more people testify, the more evidence gets trampled on,” Harriger said in a Sept. 22 Time magazine story. “Stories get rehearsed, people lawyer up, all those kinds of things. The more investigations are going on, the more possibility there is that testimony gets tainted in some way by the cross investigation.”

Special prosecutors in the past have reported that their investigation was made more difficult by the public airing of witness testimony, she said.

“The testimony before the intelligence committee today by Roger Stone, and the conflict between him and the committee over whether the testimony should be public, exemplifies the tensions that arise in cases where there are simultaneous congressional and special counsel investigations going on.” Katy Harriger, professor of politics and international affairs

“Dramatic public testimony claiming partisan distortion of the facts would play into the narrative coming out of the White House about a ‘witch hunt,’” Harriger said. “The congressional committees and the special counsel are trying to shape an alternative narrative about responsible but timely investigation of the facts.”

Will Mueller’s tactics lead to President Trump removing him from the investigation? If so, two bills scheduled for consideration by the Senate Judiciary Committee today that seek to provide some level of protection for Mueller by requiring judicial review of any decision by the president or his subordinates to fire him are unlikely to do what they intend, Harriger said. “Congress should be careful about assuming such review will actually protect Mueller. Unless the current regulations are codified into law (which only one of the bills does) then it is entirely possible that a court would find that the president (or his subordinates) appropriately exercised their executive authority over another executive branch official in removing him. Constitutional precedent supports the notion that the executive should control through the removal process those who are exercising executive authority.”

Harriger can discuss the historical development of the special prosecutor and provide details on past investigations, including Iran-Contra and Whitewater. Inspired by the Watergate hearings of her high school years, she has dedicated much of her academic life to researching and writing about the use of federal special prosecutors in American government. Her first book, “Independent Justice: The Federal Special Prosecutor in American Politics,” focused on the legacy of Watergate.

Here is a link to Harriger’s blog post on Russian Hacking Scandal & Investigatory Options and to her explanation of the history of the independent special prosecutor in Time magazine.

Harriger is the faculty director of Wake Forest’s Wake Washington program this semester and is available for in-studio TV interviews in Washington, D.C.