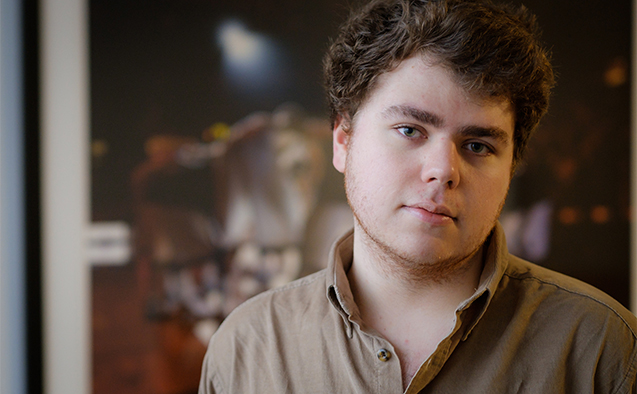 During his time at Wake Forest, Ajamy has been engaged in civic and political activity on campus and in the community. He serves on the executive board of Campus Kitchen, a student-run organization that uses leftover campus food resources to help feed the community. He is currently studying in the Wake Washington program and is working for D.C. Central Kitchen under the nationwide Campus Kitchens Project. As a participant in Wake the Vote, a yearlong intensive civic learning and democratic engagement experience, Ajamy interned with Democracy North Carolina and facilitated get-out-the-vote initiatives.

The Newman Civic Fellowship, named for Campus Compact co-founder Frank Newman, is a one-year experience emphasizing personal, professional and civic growth. Through the fellowship, Campus Compact provides a variety of learning and networking opportunities, including a national conference in partnership with the Edward M. Kennedy Institute for the United States Senate. The fellowship also provides access to apply for exclusive scholarship and post-graduate opportunities. The Newman Civic Fellowship is supported by the KPMG Foundation and Newman’s Own Foundation.

WFU appoints new director of the Teaching and Learning Collaborative
Betsy Barre has been appointed the next executive director of the Teaching and Learning Collaborative. Barre joins Wake Forest from Rice University, where she is the associate director of the Center for Teaching Excellence. Earlier this year, the Professional and Organizational Development Network in Higher Education selected her as the winner of the 2017 Innovation Award for the development of a tool to help faculty, students, and administrators estimate the out-of-class workload assigned in their courses. Barre will join Wake Forest in mid-May.