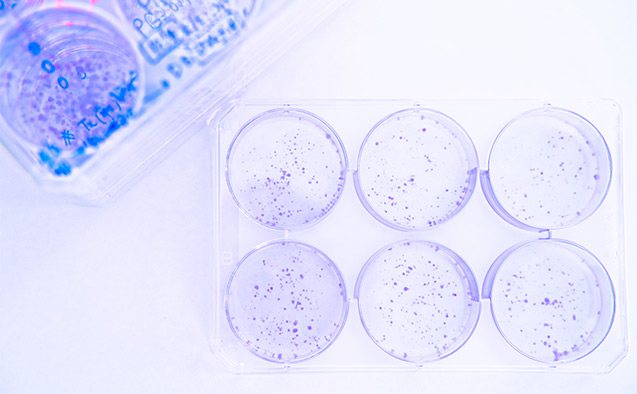 According to the World Health Organization, antibiotic resistance is one of the biggest threats to global health, food insecurity and development.

The NSF grant supports Alexander’s ongoing study of how bacteria evolve in response to nutrients and stress. In the classroom, she will teach high school students about sterile techniques in research and how bacteria create biofilms to evade antibiotic treatments.

“I’m excited to give Mount Tabor biology students an example of biochemistry research in action, to show them application of the textbook fundamentals they’re learning now,” Alexander said.

In this experiment, the students will grow two bacteria samples in culture. This strain of harmless bacteria tends to synthesize something called a biofilm, grouping together under a slimy, protective covering. For example, the live culture used to make the probiotic beverage kombucha is a biofilm.

The bacteria in this classroom activity that are best able to form a biofilm will attach to a little plastic bead. Students will move the biofilm-capable bacteria to a new culture many times over to observe how environmental conditions can favor a subset of the population – illustrating “survival of the fittest.”

In bacteria that cause diseases, the biofilm can prevent antibiotics from reaching the bacterial cells, triggering resistance.

During the three-year NSF grant period, Alexander’s research team at Wake Forest will look more deeply at how bacteria alter their protein-synthesis machinery when confronted with nutritional stress, which could help determine how to kill disease-carrying bacteria before they develop resistance to treatment.

This research is a collaboration with Dr. Vaughn Cooper of the University of Pittsburgh Medical School, who developed the “evolution in action” curriculum that Alexander is using at Mount Tabor. He has received a separate NSF grant of about $300,000 for this project.