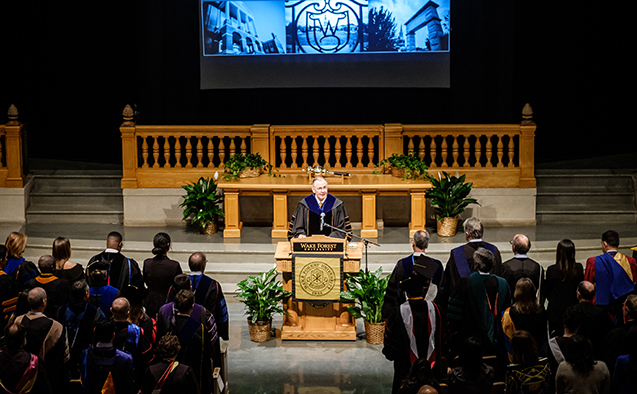 The Wake Forest community commemorated 186 years since the University’s founding at Founders’ Day Convocation in Wait Chapel on Feb. 20.

At this year’s event, Wake Forest President Nathan O. Hatch acknowledged the University’s participation in the institution of slavery and offered an apology for how Wake Forest benefitted from the labor and sale of enslaved people.

Following Hatch’s remarks, Dean of the Divinity School Jonathan Walton delivered a keynote address focused on both remembering history and taking responsibility for the present.

This year, the event included reflections on the University’s past and an honoring of the present and included musical performances by student Mahlea Hunt (‘23) singing “Amazing Grace” in Siouan indigenous language and the traditional spiritual “Hold On” by Wake Forest divinity school students. Celia Zhou (‘20) delivered her senior oration. The Medallion of Merit, Wake Forest’s highest honor, was awarded to two University Trustees – Dr. Larry Hopkins (’72, MD ’77) and Lou Bissette (‘65). 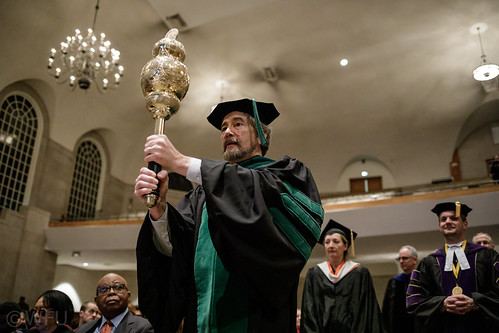 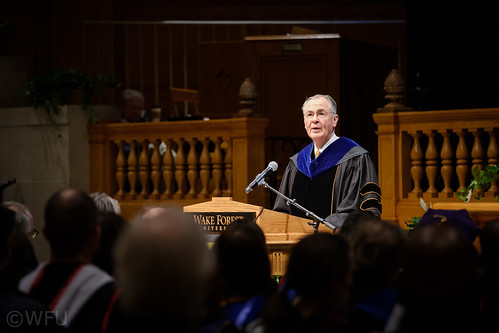 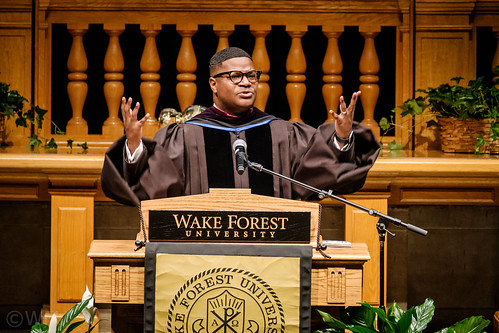 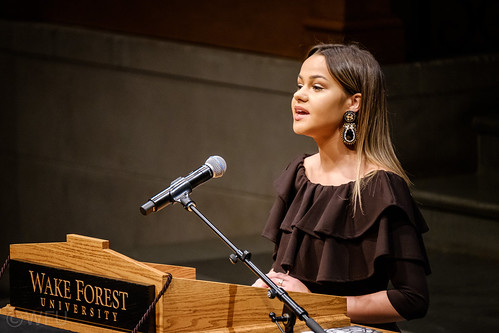 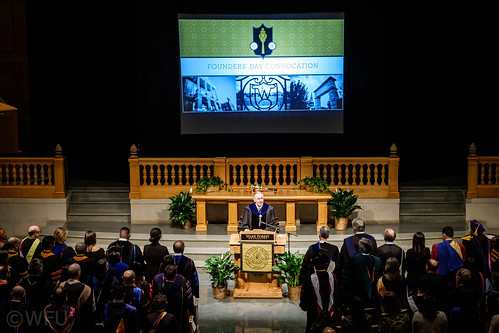 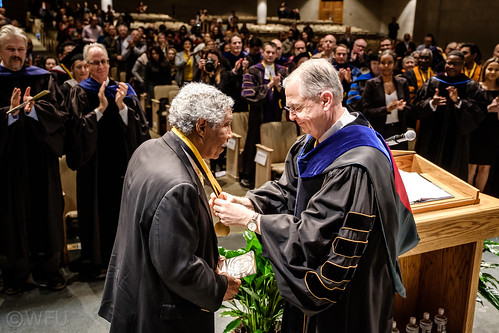 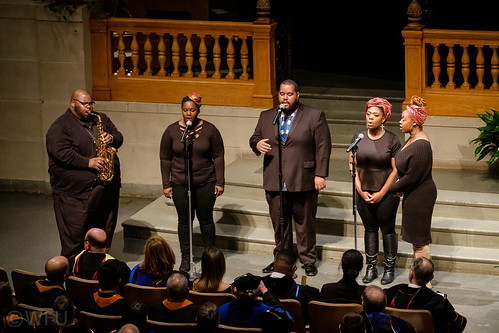 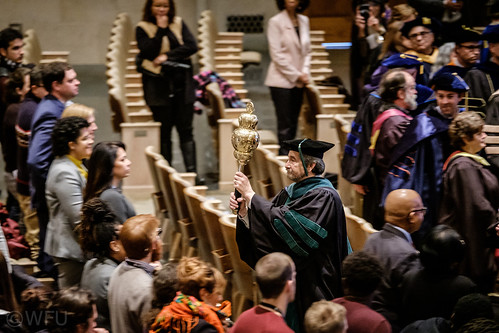 The Medallion of Merit is presented to individuals who have rendered distinguished service to the University, including past presidents, trustees, benefactors, alumni, and retired faculty and administrators.

Dr. Hopkins graduated from Wake Forest in 1972 as a standout in chemistry and as a Demon Deacon running back. He continued his education with graduate work at Virginia State University, then enrolled in Wake Forest’s School of Medicine from which he graduated in 1977.

Following his residency, Dr. Hopkins enlisted in the United States Air Force, where he rose to the rank of major. He then returned to Winston-Salem in 1983 and entered practice in obstetrics and gynecology. In 1994, he signed on as co-director of the newly-created Women’s Health Center focused on improving prenatal care and reducing infant mortality rates. He joined Wake Forest’s School of Medicine as an assistant professor of obstetrics and gynecology in 1996. In addition to volunteer work with many community and professional organizations, Dr. Hopkins has served on the Wake Forest’s Alumni Council, Board of Visitors, and since 1986, on the Board of Trustees. In 1987, Dr. Hopkins received the Distinguished Alumni Award for his service to the University, the field of medicine and the Winston-Salem community.

Bissette graduated from Wake Forest in 1965, going on to earn both a law degree and a master’s in business administration. He began his legal practice with the Asheville firm of McGuire, Wood & Bissette in 1976, where he continues today, concentrating in the areas of land use, zoning, economic development and corporate law.

He helped facilitate downtown Asheville, North Carolina’s economic growth and was the city’s two-term mayor from 1985 to 1989. He also served as President and Chair of the Asheville Area Chamber of Commerce and on the Asheville-Buncombe Economic Development Coalition, the Asheville Community Betterment Foundation, the Board of the Mission St. Joseph’s Health System, and the Blue Ridge Parkway Foundation Council of Advisors.

He is the recipient of North Carolina’s highest award for service, the Order of the Long Leaf Pine.

Bissette has served as a member of Wake Forest’s Alumni Council, the College Board of Visitors, the Deacon Club, president of the National Alumni Association, chair of the College Fund. He has been a five-term member of the Board of Trustees and served as its vice-chair. In 2015, Bissette was recognized with the Distinguished Alumni Award and two years later was named a Life Trustee.

Celia Zhou, one of three winners of the 2020 Senior Orations Competition, presented her speech “Living and Loving the Questions” during Convocation. The two other competition winners are Dylan King for “Camaraderie in the Lounge,” and Grace Franzese for “Building Community.”

Information on the history of senior orations tradition and previous winners is available here.