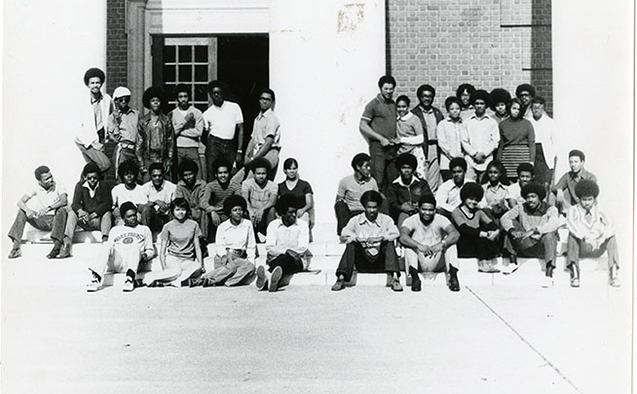 Wake Forest University has established a new center to give critical, intellectual voice to the experience of African Americans through research-driven initiatives, programming and community facing work.

School of Divinity Associate Professor Derek Hicks will serve as director of the Center for Research, Engagement and Collaboration in African American Life (RECAAL), which plans to offer the campus and Winston-Salem residents symposiums, faculty seminars and a lecture series.

“We’ve had other centers at Wake Forest that deal with different aspects of Black people’s lives, but this one is putting it up front, even in the very naming of it,” Hicks said.

“What that signals to me is a new opportunity for Wake Forest to really be a stakeholder in critical engagement around what happens among Black people and their communities.” Derek Hicks, School of Divinity Associate Professor

Hicks said the Center grew out of a conversation between him and Wake Forest President Nathan O. Hatch. 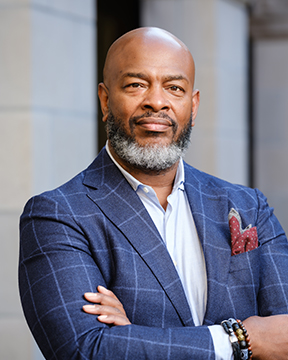 “President Hatch said initiatives like the Slavery, Race and Memory Project and the President’s Commission on Race, Equity and Community are demonstrative of the University’s commitment to diversity, equity and inclusion,” Hicks said. “The Center arises from a simultaneous reckoning of the University’s history and a commitment to create a way for Wake Forest and the Winston-Salem community to engage in critical dialogue.”

Interdisciplinary in scope, the Center will offer events on and off campus. For example, Hicks has begun conversations with Goldie Smith Byrd, director of Wake Forest School of Medicine’s Maya Angelou Center for Health Equity, and with pastors, community leaders and local organizers about future events and ways the University can partner with them.

“I intend for the Center to buttress those opportunities for cooperative engagement and programming,” he said. “It should not be just a reactive set of research initiatives and programming because another atrocity has been experienced by Black people, but rather, it should be a proactive, ongoing, progressive engagement.”

The Center, in conjunction with The Wake Forest University Humanities Institute, is sponsoring a lecture by Gaye Theresa Johnson, from 5-6:30 p.m. on Feb. 23 titled “Worlds of Interconnection: Freedom-Making in the New Security Establishment.” Johnson is an associate professor, Department of African American Studies and Department of Chicana/o Studies at UCLA.

Public Health and Black Communities will be the Center’s theme for the upcoming 2021-2022 academic year. An anticipated fall conference will focus on pre-existing health issues and the effects of COVID-19 on Black communities. Also planned are symposiums focusing on food access and culture, mass incarceration and redlining, Hicks said. The Center will also sponsor essay contests for high school students, based upon the current year’s theme.

“We will be intentional about learning from our neighbors as we work collaboratively with them to create relevant, mutually beneficial programming,” Hicks said.

Corey D.B. Walker, Wake Forest Professor of the Humanities and inaugural director of the University’s African American Studies Program, which launches this fall, said the Center and his program will complement each other.

“The convening capacity and connectivity with the community will provide the African American Studies Program with a network of opportunities to develop and sustain scholarly relationships across the Wake Forest campus and the broader community in advancing knowledge in the discipline,” Walker said.

Vice Provost Kami Chavis, a member of RECAAL’s executive committee and co-chair of the Slavery, Race and Memory Project (SRMP), is excited about the Center and said the interdisciplinary and collaborative possibilities shared between RECAAL and programs such as the SRMP and the Office of Civic and Community Engagement are endless. 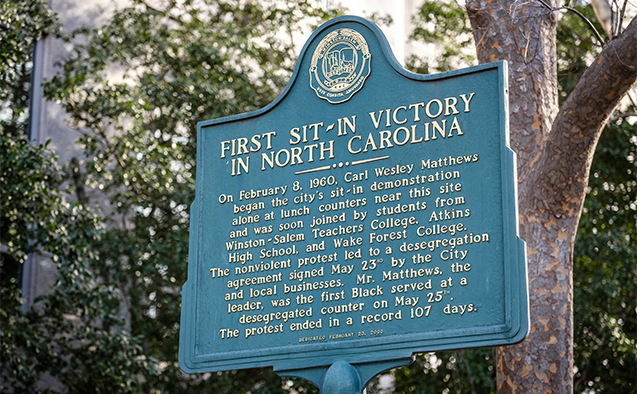 “I am elated to see new relationships and partnerships merge at the intersection of everyday life and learning,” Chavis said. “By working with local community members, leaders, institutions and educational and artistic organizations, we have a tremendous opportunity to engage in place-based research on contemporary issues including education and economic disparities.”

Nigel Alston, executive director of the N.C. Black Repertory Company, which produces the National Black Theater Festival biennially, shares Chavis’ enthusiasm. “I know Derek Hicks well and I know the work he does in the Divinity School,” Alston said. “The potential for the Center to be impactful and to raise awareness of the African American experience is there, and I am confident the University has the necessary resources to make it successful as well as a good lens through which people who may not know much about African Americans can view our culture.”

Alston and Hicks plan to meet next week to discuss meaningful ways the Center and the Winston-Salem community, of which Alston is a lifelong resident, can partner. The N.C. Black Repertory Company already has a relationship with the University.

Wake Forest Provost Rogan Kersh said the Center is part of an ongoing effort to celebrate the history and diversity of African Americans, on campus and throughout the city.

“RECAAL’s cross-disciplinary collaborative emphasis will also deepen research connections across campus as well as with other institutions in our region,” Kersh said.

Chavis says she is glad Hicks developed the concept for the Center.

“Derek’s passion for reclamation and recalibration as tools for transformative justice in African American communities makes him the quintessential person to lead this effort,” she said. “He has a desire for our scholarship to be informed by African American life while transcending theoretical boundaries and promoting sustainable change. I am sure that under his leadership, the Center will quickly become an asset to both the University and the community.”