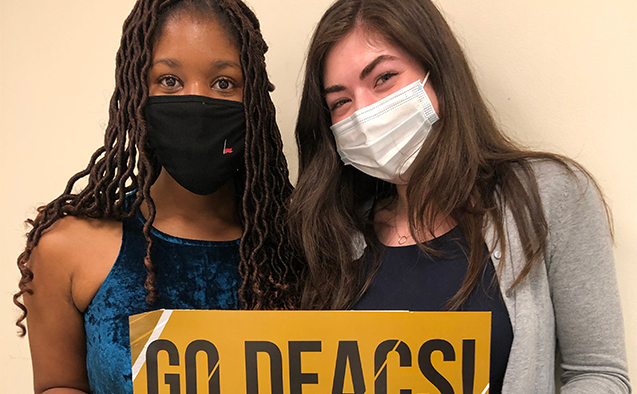 The pair defeated the 2019 reigning champions from Notre Dame. Due to the pandemic, the tournament was not held in 2020.

The tournament took place via Zoom on April 10. Wake Forest was undefeated in the preliminary debates with wins over Duke, Georgia Tech, Pittsburgh and Miami. Klein and Aaron then defeated Notre Dame on a 5-0 decision in the championship debate.

“This is a dominant performance that reflects the hard work of Ruby and Brianna along with the Wake Debate coaches,” said Jarrod Atchison, John Kevin Medica Director of Debate. “Debating over Zoom is incredibly difficult, but Ruby and Brianna managed to go undefeated against the best competition the ACC has to offer.”