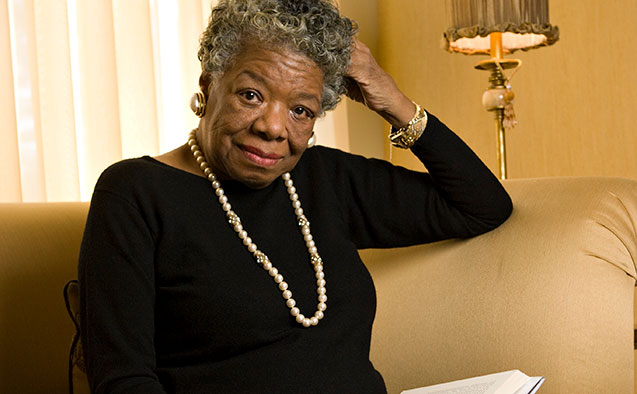 Dr. Maya Angelou on the U.S. quarter
By Nakia Cooper | African-American News & Issues
A new US quarter featuring the late Maya Angelou went into circulation this week, making the legendary poet and activist the first Black woman ever to appear on the coin. Angelou received more than 30 honorary degrees and was inducted into the Wake Forest University Hall of Fame for Writers. In 2010, President Barack Obama awarded her the Presidential Medal of Freedom. Angelou taught as Reynolds Professor of American Studies at Wake Forest for more than 30 years. – 1/16/2022

A step toward better justice: Prying open the ‘black box’ of plea deals
By Henry Gass | Christian Science Monitor
Roughly 95% of criminal cases in the United States are resolved via plea bargain, according to the Department of Justice. “We have really needed data for a long time,” said law professor Ronald Wright, who researches criminal prosecutors. “We know about the outcomes of plea bargains, and we know something about the inputs, but all the formulations that go into making the offers, we’ve been blind to that for more than a century.” – 1/12/2022

Politics won’t be boring in 2022
By Paul Johnson | Yahoo News
The Senate race relates to three major themes for state politics in 2022, said politics professor John Dinan. “Because all of the seats in the state House and Senate will be on the ballot, in many cases with newly drawn districts, voters will have a chance to determine whether Republicans keep their current majorities in both chambers.” – 1/14/2022

GRAND Magazine – Winter 2022
nxtbook.com
Executive Director of Family Communications Betsy Chapman’s article, “Important Inner Work Your Students Do Outside the Classroom,” is mentioned in this article in GRAND Magazine, “I found this article so contributive to my understanding of college students’ growth and development that I printed it out and keep it beside my desk,” said advice columnist (and Wake Forest grandparent) Karen Rancourt. – 1/18/2022

Evangelicals do battle with “critical race theory” in new online video course
By Kathryn Joyce | Salon
In its most basic and good-faith definition, according to Jacob Alan Cook, a professor at Wake Forest’s divinity school and author of the 2021 book “Worldview Theory, Whiteness and the Future of Evangelical Faith,” the concept of a biblical worldview goes like this: “If the Bible is what we say it is, then we should be able to logically extend its truths to encompass most important things.…” In reality, “worldview theory” carries with it a lot of “extra-biblical” baggage.” – 1/15/2022

10 tips to beat your to-do list
By Nicole Johnson | Arizona Daily Sun
A study from psychology professor E.J. Masicampo found that when you focus on a specific plan for one task, your performance on the next task improves. Being specific also helps to avoid confusion when it comes to tasks on a to-do list. – 1/16/2022

Carolina Curious: How has the Salem Lake construction impacted local biodiversity?
WFDD-FM (Winston-Salem, NC)
Since early September, Salem Lake’s water levels have been about 10 feet lower than normal as construction crews are working on the boat ramp and retaining walls. Biology professor Miles Silman said that many Piedmont area lake ecosystems are very resilient when it comes to disturbances because Salem Lake is manmade. – 1/13/2022

Mortgage rates rise to highest level since May 2020
By Tom Santaniello | WFMY-TV (Greensboro, NC)
Economics professor Todd McFall said he expects things to look more normal soon. “In the next six months, I would be surprised to see conditions in the housing market look like they do now because of credit market tightening. The demand’s just going to dry up because there’s a fixed number of people looking for those units.” – 1/11/2022