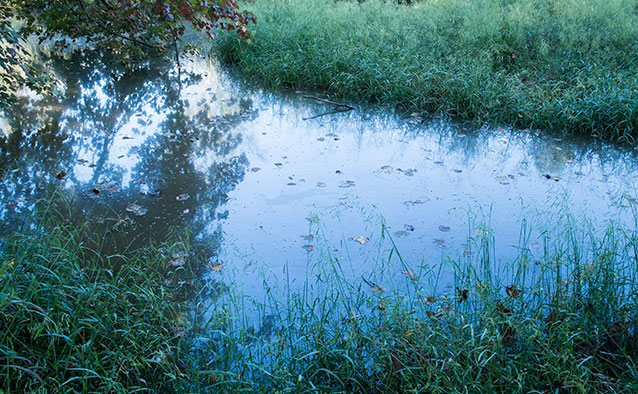 Stan Meiburg, former acting deputy administrator of the Environmental Protection Agency (EPA) and director of Wake Forest University’s graduate programs in sustainability, says the fact that the Supreme Court agreed to take the case – Sackett v. EPA – is significant. It is the most complex area of jurisprudence in all of environmental law. The Court will weigh in on competing definitions of “waters of the U.S.” (WOTUS) that have implications for how the Clean Water Act is enforced.

Meiburg served 39 years with the EPA capping his career as acting deputy administrator for the agency from 2014 to 2017. He is known for leading efforts to protect the nation’s air and water, as well as efforts to clean up hazardous and toxic waste sites.

Meiburg addresses key questions about federal water law and what is at stake in North Carolina and around the country:

Why is the Supreme Court’s decision to consider a case limiting the scope of federal water law so important?
This case will reconsider a decision by a lower court to overturn a rule by the Trump Administration that limited what waters are subject to the protections of the federal Clean Water Act. This definition has been unsettled for almost 20 years. The Biden Administration announced its intention to develop a new rule to replace the one the court overturned; the Supreme Court’s decision to take this appeal creates additional uncertainty.

Why do the different definitions of WOTUS matter?
They matter because they determine where the federal Clean Water Act applies. Depending on the definition, activities such as land clearing, excavation and construction either will or will not have to obtain a federal permit assuring that they will not adversely affect water quality in the United States.

No definition can cover all possible circumstances. From an ecosystem perspective, judgments by trained, objective professionals are essential to determine which areas are essential to protecting water quality and which areas present less risk of adverse effects. A rule that tries to apply a “one size fits all” legal standard to professional, scientific judgments may not reflect the specific needs and circumstances of different ecosystems.

What long-term effects could the case have?
The biggest risk is that water resources formerly protected under federal law would no longer be protected, especially upstream waters that are not “navigable.” Pollution upstream can make its way downstream and affect uses for drinking water, agriculture, business, recreation and sensitive habitat. Everyone is downstream from somebody. States can step in if federal jurisdiction is limited, but it is an open question whether they will, or whether states will retreat to a lowest common denominator of limited protection.

What is the biggest threat to water resources in the U.S.?
There are several: potential lack of supply to serve growing communities and businesses; nutrient and sediment pollution (leading to contamination of drinking water supplies and ecosystems); saltwater intrusion (in groundwater resources) from overpumping of aquifers; disruption of habitat for threatened species; contamination by chemical compounds; and threats to coastal habitats essential for fish and shellfish populations.