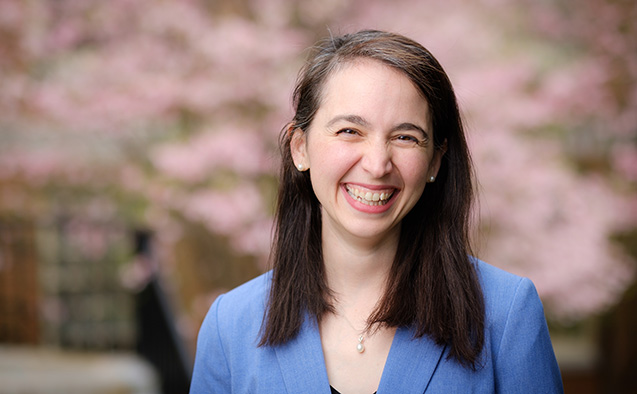 Is Covid More Dangerous Than Driving? How Scientists Are Parsing Covid Risks.
By Benjamin Mueller | The New York Times

The coronavirus remains new enough and its long-term effects unpredictable enough that measuring the threat posed by an infection is a thorny problem. “We’ve never seen flu prevalence — how much of it there is in the community — in the numbers we’ve seen with Covid,” said biostatistician Lucy D’Agostino McGowan. – 4/17/2022

Meet the 2022 Class of Truman Scholars
By Michael T. Nietzel | Forbes
Junior Tal Feldman, who is majoring in economics and mathematics, has been named a 2022 Truman Scholar. The Truman Scholarship, President Harry Truman’s living memorial designed to support the future of public service in America, is the most competitive national scholarship program for juniors in the country. Out of 705 applications, 58 college students from 53 institutions were selected. “I hope to use my skills in AI and data science to make the government more effective at helping its people,” said Feldman. – 4/14/2022

USC sues YouTubers for inciting ‘panic’ with classroom takeover prank
By Diana Dasrath, Morgan Sung | NBC News
Theatre professor Cynthia Gendrich, who teaches about laughter and sociology, has previously said there is a limit to public tolerance for pranks. “Lots of theorists point at that moment when our hearts [or] empathy engages being the moment when we can’t laugh,” she said. – 4/13/2022

‘Justice prevailed,’ Say families of hostages tortured in Syria
Voice of America (VOA)
Randall Rogan, a terrorism expert and professor of communication described the trial as a “strike for justice.” “It’s great news that the witnesses were able to pull themselves together and be able to testify under such difficult circumstances for themselves and having to revisit the horrors of that time for themselves and for their families. Hopefully, this is a positive note, a strike for justice, that this individual is ultimately being held accountable for the atrocities that he committed.” – 4/14/2022

Democracy in real time: An update on Chile’s new constitution
Democracy Nerd
At a time when global democracy is backsliding into authoritarianism, Chile is currently engaged in the process to draft a new constitution, one that is more representative of indigenous people and other marginalized communities. Noted Latin American experts Peter Siavelis, professor of politics and international affairs, and professor Jennifer Piscopo, from Occidental College, provide first-hand insights into the process of drafting Chile’s constitution. – 4/15/2022

Why so many conservatives are talking about ‘grooming’ all of a sudden
By Kaleigh Rogers | FiveThirtyEight
Law professor Marie-Amélie George, an expert on LGBTQ rights, weighs in on this piece about how “grooming” has become the most recent scare tactic of choice for the right that neatly draws together both modern conspiracy theories and old homophobic stereotypes, while comfortably shielding itself under the guise of protecting children. – 4/13/2022

The power of intellectual humility
By Eranda Jayawickreme | Psychology Today
Both our psychology and our contexts make admitting what we don’t know very hard, writes psychology professor Eranda Jayawickreme. Caring about the truth involves being vulnerable about what we don’t know and inhabiting such a state can be unnerving. However, I think that taking such chances in our daily lives is key to achieving a rich and fulfilling life. – 4/13/2022

Community Milestones: Scholarships
Winston-Salem Journal
Wake Forest students Landon Bradshaw and John Billos have been named 2022 Barry M. Goldwater Scholars. The two are among 417 college students from across the U.S. to receive the award for the 2022-23 academic year. This is the first time in history that Wake Forest has had consecutive years of multiple winners. And this year, the two chosen are close friends who supported each other’s efforts along the way. – 4/16/2022

Former President George W. Bush to be first in-person speaker at Face to Face Speaker Forum
By John Hinton | Winston-Salem Journal
George W. Bush, 43rd President of the United States and Presidential historian and Pulitzer Prize-winning author Jon Meacham will launch the 2022-23 Face to Face Speaker Forum at Wake Forest University. The two will share the stage for an exclusive conversation on the challenges facing our nation in the 21st century and the power of freedom. – 4/12/2022

What U.S. Presidents have visited Greensboro area while in office?
WFMY-TV (Greensboro, NC)
President Harry Truman visited Wake Forest College in Winston-Salem on October 15, 1951, where he spoke at the school’s groundbreaking ceremony. President Jimmy Carter visited Winston-Salem on March 17, 1978. That morning, President Carter addressed a crowd of about 2,200 people on Wake Forest University’s campus. He spoke on the administration’s National Defense Policy. – 4/13/2022