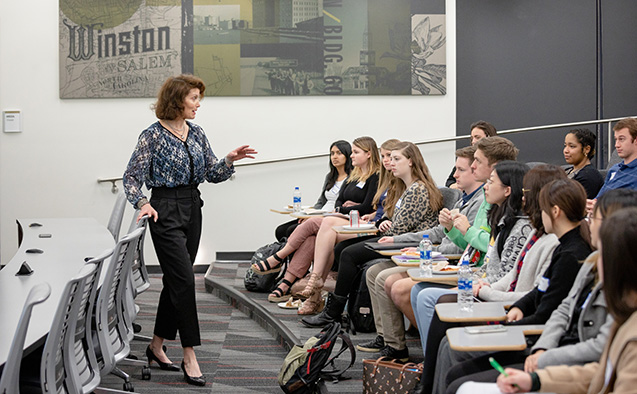 Fast Company’s 2022 World Changing Ideas Awards Recognizes Kaplan’s Career Core™
Yahoo Finance
Fast Company has recognized Kaplan’s Career Core, an innovative new service for institutions of higher learning that helps students prepare for their first jobs and ongoing career success, as part of its 2022 World Changing Ideas Awards in the Enduring Impact. “We are delighted about this recognition and excited to continue partnering with Kaplan for our own students and every other institution that wants all of their students to be truly career and life ready.” – 5/25/2022

A gun and a prayer: How the far right took control of Texas’ response to mass shootings
By Eleanor Klibanoff | Texas Tribune
Sociology professor and gun culture expert David Yamane comments: “In the ’90s and 2000s, people really do start to see guns increasingly as a viable option to face down crime, uncertainty and unrest. There’s an element of defensive gun ownership that looks at the gun as a tool of last resort for when the worst possible thing is happening.” – 5/29/2022

The Uvalde massacre and America’s unique gun violence problem, explained
By Li Zhou, Ian Millhiser, Nicole Narea | Vox
“America is unique in that guns have always been present, there is wide civilian ownership, and the government hasn’t claimed more of a monopoly on them,” said sociology professor David Yamane, who studies American gun culture. – 5/26/2022

Blinken calls China ‘most serious long-term’ threat to world order
By Quint Forgey, Phelim Kine | POLITICO
“I found the speech to contain many contradictions — on the one hand [Blinken] says there is no adversarial relationship or Cold War with China, but on the other hand he outlines steps for the U.S. to shape the environment around Beijing with an eye to advance U.S. strategic interests,” said politics and international affairs professor Lina Benabdallah. – 5/27/2022

Professor testifies about hazing in Foltz trial
By Marie Thomas-Baird | Sentinel-Tribune
Law professor Gregory Parks testified at the trial. He has spent 20 years studying the legality and psychology of hazing and teaches classes on civil litigation and social event liability. – 5/25/2022

Teaching Maus in an age of racial panic and reckoning
By Barry Trachtenberg | EuropeNow
What does it mean to teach Maus in our contemporary moment of panic and racial reckoning? The outpouring of support for the work that appeared in the wake of the ban has only affirmed the graphic memoir’s position as a valued and authoritative resource, writes history professor Barry Trachtenberg. – 5/25/2022

Two years after George Floyd’s murder, changing the Minneapolis police may be up to courts
MPR News (Minnesota Public Radio)
Despite an opinion poll showing low trust in the police department, 56% of voters rejected a proposal to replace the department with a new city safety agency that would have included armed law enforcement “if necessary.” The plan was bold, but its lack of details likely scared off voters, said Kami Chavis, who leads the Criminal Justice Program at Wake Forest. “I think it was probably just a bridge too far for some people.” – 5/25/2022

Science to the rescue
By Alicia Roberts | ASBMBToday
Since a steady stream of social media claims can convince an unwary audience that just about anything is true, Wake Forest chemistry professor Patricia Dos Santos has a new goal for her Biochemistry II students: Use solid science to support or refute those claims – and be sure to share the findings with family and friends. – 5/26/2022

Congratulations, graduates
Winston-Salem Journal
The Journal celebrated Winston-Salem grads from Forsyth Tech, Salem College, UNC School of the Arts, Winston-Salem State University and Wake Forest with a round up of commencement celebration speakers. – 5/23/2022

Draft bill may signal thaw in GOP opposition to Medicaid expansion
By Richard Craver | Winston-Salem Journal
The surfacing of a draft bill shows that the potential for give-and-take healthcare reform may have enough support to get through the Senate, said politics professor John Dinan. “Whether this will be the year that Medicaid expansion can secure the necessary support from both House and Senate Republican leaders is still unclear.” – 5/23/2022