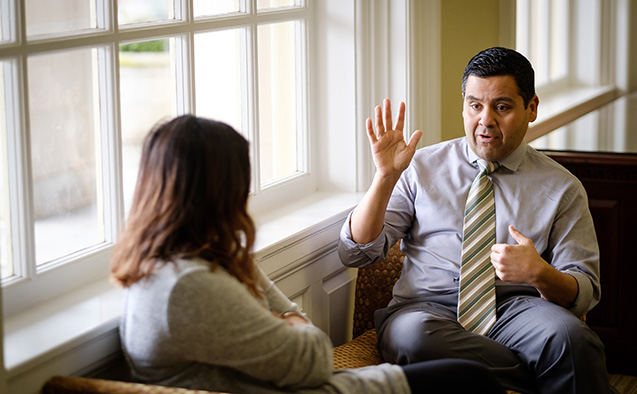 Creating a mentoring culture in the post-pandemic world
By Kim McGrath | Wake Forest News
The National Association of Colleges and Employers has named Allison McWilliams, assistant vice president of mentoring and alumni personal and career development, “Mentor of the Year.” She is also a co-winner of the “Career Services Excellence Award” along with Associate Director Lauren Beam and Assistant Director Megan Hoyt, for Wake Forest’s “Your First Five: Supporting the College to Career Transition and Beyond” programming. In this Q&A McWilliams offers mentoring advice for both organizations and their employees. – 6/09/2022

Has the gun become a sacred object in America?
By Patrik Jonsson, Noah Robertson | Christian Science Monitor
“People don’t actually think that the rifle is sacred, but what the rifle stands for is sacred,” said sociologist David Yamane, author of Concealed Carry Revolution. “When they look at their gun they see freedom, independence and the righteousness of God in allowing America to be what it is.”– 6/06/2022

Ulvade, Matthew McConaughey and what’s next for gun laws in the US
By Oliver Wiseman | Evening Standard
“Unfortunately, it’s very easy to equate American gun culture with some high profile organizations like the National Rifle Association, which seems very obstinate and tone-deaf at times,” said sociology professor David Yamane. – 6/10/2022

Medical marijuana bill clears NC Senate; faces unclear fate in House
By Richard Craver | Winston-Salem Journal
Potential opposition could derail the vote during the current session, said politics professor John Dinan. “At this point, we have to rely on the comments of legislators who have cast significant doubt on plans to consider medical marijuana legalization or Medicaid expansion this session.” – 6/06/2022

Winston-Salem, hometown pride
Winston-Salem Journal
Forbes described Winston-Salem as “the cultured city of 252,000 in the Piedmont area of North Carolina,” benefiting from having Salem College, UNC School of the Arts, Wake Forest University and Winston-Salem State University within its community. – 6/09/2022