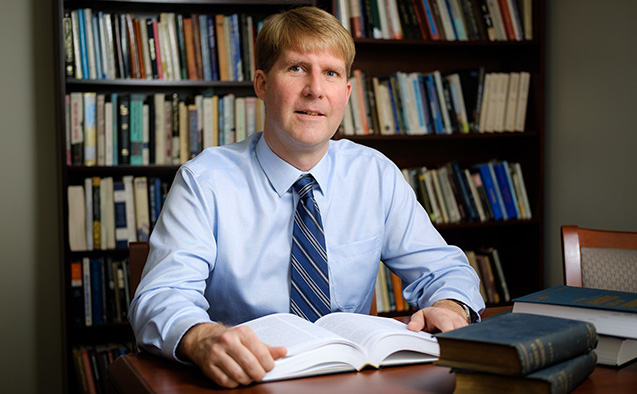 With Roe overturned, state constitutions are at the center of the abortion fight
By Becky Sullivan | NPR
“There’s all kinds of generally phrased provisions in state constitutions that can be used to anchor litigation,” said politics professor John Dinan. “This is all going to be very much in flux and very much open to popular influence and popular votes in elections. You can have one state supreme court voted in. Then several years later, it can change.” – 6/29/2022

New study links insecure attachment to reduced concern for others in sacrificial moral dilemmas
By Eric W. Dolan | PsyPost
“Our social and moral psychological systems are shaped by early experiences. One very important social system is that of attachment, which develops adaptively to make the most of certain caregiving and guides social and emotional patterns later in life,” explained study author Heather M. Maranges, a research associate in psychology and co-director of research at the Program for Leadership and Character. – 6/28/2022

People are preserving dead relatives’ tattoos and turning them into art
By Claire Woodcock | VICE
Wake Forest funeral law expert Tanya Marsh, author of The Law of Human Remains, said she believes the practice is putting funeral directors in the position to have liability under state and criminal statutes. “I’m sure it’s very meaningful for people to take advantage of their services; however, I don’t think the law currently is flexible enough to make this a legal practice.” – 6/29/2022

How heatwaves are creating a pollen crisis
By Carolyn Beans | BBC
Insights from her initial study have already helped biologist Gloria Muday develop a tomato that produces especially high levels of flavonols. “They appear to be extra good at dealing with high-temperature stress,” she said. – 7/01/2022

How can strength training build healthier bodies as we age?
National Institutes of Health
A team of NIA-supported scientists is researching innovative ways to bring resistance training to the homes of older adults who are trying to lose weight. Gerontology and geriatric medicine professor Barb Nicklas and health and exercise science professor Kristen Beavers have developed a project known as Incorporating Nutrition, Vests, Education, and Strength Training in Bone Health (INVEST). – 6/30/2022

Nation wrestles with individual rights vs. safety measures in cultural, legislative tug of war
By Eric Scicchitano | Eagle-Tribune
“We have a world of gun owners for whom guns are very normal and most of the outcomes they see with guns are positive. People outside of gun culture largely see negative outcomes with guns. It’s easy for those two sides to misunderstand each other,” said sociology professor David Yamane. – 7/03/2022

Why the infrastructure investment and jobs act is good economics
By Michelle Holder, Shaun Harrison | Washington Center for Equitable Growth
Recent research by economics professor E. Mark Curtis and Ioana Marinescu of the University of Pennsylvania entitled “Green Energy Jobs in the US: What Are They, and Where Are They?” suggests there is a pay premium for green jobs, especially for green jobs with a low educational requirement. – 6/30/2022

Lawmakers OK bill requiring sheriffs to investigate immigration status for certain suspects
By Richard Craver | Winston-Salem Journal
The passage of SB101 is “a classic messaging bill that is intended to put legislators on record for their votes, and in ways that can sometimes be difficult to defend in re-election campaigns,” said politics professor John Dinan.  – 7/01/2022

Supreme Court opinion has some in LGBTQ community worried
By Ford Hatchett | WXII-TV (Winston Salem, NC)
“All of the constitutional jurisprudence at the supreme court recognizing LGBTQ rights has been since 1996,” said law professor Marie-Amélie George. “The majority opinion is clear in saying we are just addressing abortion. That does not mean they are going to reevaluate LGBTQ rights decisions, but it should provide concern because it does provide a really strong basis for doing that.” – 6/28/2022

West Virginia vs. EPA: Professor explains the case’s importance
By Cheryl V. Walker | Wake Forest News
Stan Meiburg, former acting deputy administrator of the Environmental Protection Agency (EPA) and director of the University’s graduate programs in sustainability, is available for comment on the Supreme Court case West Virginia vs. EPA. He can address the significance of the case and how it will likely affect energy and climate policy. – 6/29/2022