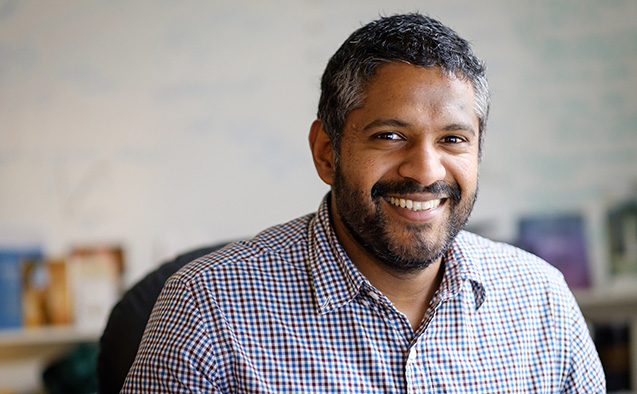 What We Gain From Pain
NPR Hidden Brain
We’ve all heard the saying, “What doesn’t kill you makes you stronger.” But is there any truth to this idea? This week, we explore the concept of post-traumatic growth with psychologist Eranda Jayawickreme. He finds that suffering can have benefits — but not necessarily the ones we expect. – 7/04/2022

The Supreme Court handcuffed EPA on climate change. What comes next?
By Kyle Bagenstose | USA Today
Stan Meiburg, a former deputy administrator at the EPA under the Obama administration, said the West Virginia case largely hinged on a subsection of the Clean Air Act agency employees have long known could be problematic. Though he said the Supreme Court’s decision unduly handicaps the agency, other programs with better precedent, such as those used to increase the fuel efficiency of cars, are more likely to survive. “There will be a chilling effect … but how much of an effect is hard to say,” said Meiburg, who leads Wake Forest’s graduate programs in sustainability. – 7/04/2022

US Supreme Court makes fight against climate change more difficult
Deutschland Radio
There has been no revision of the Clean Air Act in 32 years, said Stan Meiburg, a former EPA acting deputy administrator and now director of Wake Forest’s graduate sustainability program. That doesn’t bode well for quick changes to the law in Congress. The decision, he said, goes toward giving federal agencies less discretion to implement measures that actually make sense. – 7/08/2022

Supreme Court limits EPA’s Ability to take action on climate change
By Andrew Kennard | Native News Online
“The larger issue about what constitutes a ‘major question’ is one that has ramifications throughout environmental law, and what that will mean is hard to predict. The Clean Air Act is not the only environmental statute that has not been revised in a long time,” said Stan Meiburg, director of Wake Forest graduate program in sustainability and a former acting deputy administrator of the EPA. – 6/30/2022

The idea that many people grow following trauma may be a myth
By Sujata Gupta | Science News
A societal expectation of growth can put tremendous pressure on survivors to hide their suffering, psychology professor Eranda Jayawickreme said. “That yearning for positive outcomes can create “toxic cultural narratives.” Referring to parents who lost a child in the Uvalde mass shooting, he added: “There is something grotesque about this expectation that people could come back from something like this.” – 7/06/2022

That’s Fake News!
By Barry Yeoman | Saturday Evening Post Magazine
On a rainy morning in May 1917, residents of Boise, Idaho, opened their city’s newspaper to see column after column of World War I dispatches. One report stood out from the rest. It topped page 4, next to the comics, and offered so many explicit details that it couldn’t help but prick the conscience and arouse patriotic conviction, writes Barry Yeoman, adjunct professor in journalism. – 7/06/2022

EPA seen as prepared for significant challenges ahead of carbon rules
By Jennifer Hijazi, Stephen Lee | Bloomberg Law: Environment
Stan Meiburg, a former EPA acting deputy administrator and now director of Wake Forest’s graduate sustainability program, said the EPA has been preparing for a range of different decisions for months. “I don’t think this was a surprise. Agency attorneys have been aware this is an issue for a long time. They’ve been anticipating it. So I don’t think it’s a case of, ‘Oh my God, EPA is going to grind to a halt because of this decision.’” – 7/07/2022

NC climate efforts unaffected by court’s EPA ruling
By John Deem | Winston-Salem Journal
Stan Meiburg, who spent nearly four decades at the EPA, called the state’s across-the-aisle efforts to combat climate change “a very big deal.” “It says in North Carolina, there are Republicans who are concerned enough about climate change and are willing to depart from some perceived orthodoxy,” added Meiburg, now the director of Wake Forest’s graduate programs in sustainability. “I thought that was a very encouraging sign.” – 7/10/2022

Paul Bright: Matter of Style Opens at SECCA July 14
Yes! Weekly
The Southeastern Center for Contemporary Art (SECCA) is proud to present Matter of Style, a survey of the past ten years of artist Paul Bright’s work. On view July 14 through October 30, 2022 in SECCA’s Potter Gallery, Matter of Style explores collage as an approach to art-making with works created from found materials in a variety of media. Bright is the Director of Wake Forest University’s Hanes Gallery. – 7/07/2022