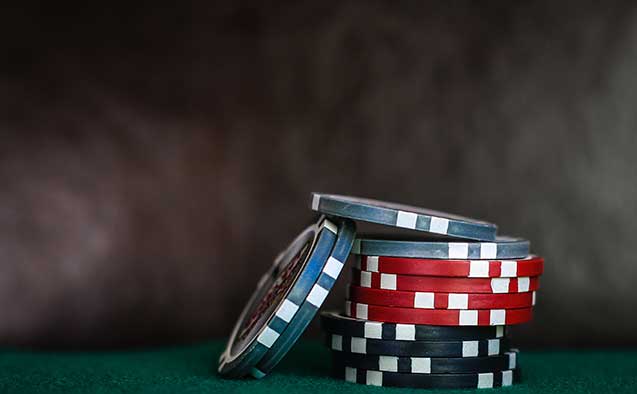 Betting on elections can tell us a lot. Why is It mostly illegal?
By Danny Funt | The New Yorker
Commodity Futures Trading Commission (CFTC) told PredictIt, one of the most widely followed political forecasting markets, that it would have to shut down after U.S. regulators withdrew permission for the betting service to operate. If traders can’t wager on elections using PredictIt, they will take their business to unregulated crypto exchanges or offshore bookmakers—or find something new to bet on. “The CFTC has been a brick wall,” said economics professor Koleman Strumpf. “Where do they think this should be going?” – 11/03/2022

On election night, some will celebrate, others cringe
By Paul Johnson | Yahoo Entertainment
Area political scientists say that the motivation of partisan voters, choices made by unaffiliated voters and campaign topics that end up most important in the minds of people, will tilt the balance on Tuesday, Election Day. One factor that will determine outcomes centers on the relative enthusiasm level of voters backing Republican or Democratic candidates, politics professor John Dinan said. – 11/05/2022

‘A Commonwealth of Hope’ Review: The uplifting St. Augustine
By Aaron Alexander Zubia | The Wall Street Journal
In “A Commonwealth of Hope” professor of humanities and Michael Lamb, professor of humanities and executive Director of Wake Forest’s Program for Leadership and Character, introduces his readers to another Augustine. This Augustine was not a pessimist but a champion of hope. He encouraged his hearers to hope for the well-being of the city. – 11/04/2022

Deathcare revolution
By Edited by Gary Fletcher | The Road to Now
In this podcast, law professor Tanya Marsh, one of the foremost experts on mortuary law and the history of cemeteries in the United States, breaks down the origins, legal peculiarities and cultural specificities of the American death care system, and how recent developments in the industry are leading many of us to reimagine the afterlife of our physical remains. – 10/31/2022

Some 75% of surveyed Americans would jump at a ‘green’ job in solar
By Rachel Koning Beals | MarketWatch
Roughly 75% of Americans like the idea of a well-paying, secure job in what some have billed the green Industrial Revolution. “Overall, our results suggest that the renewable energy boom will create high-paying job opportunities, especially for low-skilled workers and workers who live in areas with a high share of employment in the oil and gas industry,” economics professor Mark Curtis and Ioana Marinescu, who teaches at the University of Pennsylvania’s School of Social Policy & Practice wrote in a recent report. – 11/01/2022

Forecasting the future of election prediction markets
By Jeff Sommer | The New York Times
The reality is that election gambling has been commonplace since the early days of the republic, economics professor Koleman Strumpf said. By the late 19th century, New York City had become a national center for betting on both finance and politics. – 11/04/2022

In Trump case, Texas creates a headache for Georgia prosecutors
By Al Lindsey | The Black Chronicle
The body overseeing the Fulton County investigation is known under Georgia law as a special purpose grand jury. Law professor Ronald Wright, who studies the work of criminal prosecutors, said that the Texas court’s decision, based on its interpretation of the special grand jury’s purpose, appeared unusual. – 11/05/2022

Lankan crisis embedded into political system with leaders playing Sinhalese Buddhist card
By Thilina Walpola | The Island (Sri Lanka)
A recent Democracy Forum seminar highlighted the dire political and economic problems overwhelming Sri Lanka, and what other South Asian nations might learn from its experience. Politics professor Neil DeVotta discussed the proximate causes of the crisis facing Sri Lanka, juxtaposing that with mal-governance over the decades and linking the island’s current problems with its ethnocentric trajectory. – 11/06/2022

New Hampshire county attorneys hold a lot of power, but most run unopposed
New Hampshire Business Review
Law professor Ronald Wright said more people are starting to challenge – and beat – incumbent prosecutors nationally, at least in larger jurisdictions. “It’s still pretty uncompetitive in smaller places,” he said. “But you know, the trend is a positive one. – 11/02/2022

Election denialism’s impact on democracies at home and abroad
By David Ford | WFDD-FM (Winston-Salem, NC)
Politics professor Peter Siavelis said short-term goals of spreading misinformation play into long-term goals: stoking polarization and objectifying the opposition party. “Then you arrive at a process of zero-sum politics,” he said. “There’s no effort at compromise. And finally, what happens when all this plays out, people will start questioning the rules of the game.” – 11/04/2022

Educators’ group recommends Miller for Forsyth County school board
By Richard Craver | Winston-Salem Journal
The state legislature has been slowly passing laws that specifically designate local school board elections as partisan, said politics professor Sara Dahill-Brown. “It’s a trend taking place in other states, and driven largely by conservative legislators who believe that partisan cues will generate a variety of advantages for them in both elections and governance.” – 11/04/2022