WFU professor’s film to be shown at Slamdance Film Festival 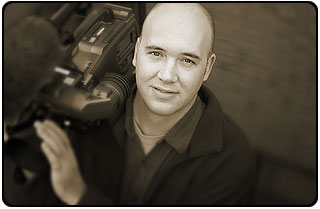 The 90-minute film explores the life and work of Seattle underground animator Bruce Bickford. Bickford is best known for his collaborations with Frank Zappa in 1970s films like “Baby Snakes” and “The Dub Room Special.” The film is produced by Ingram and partner Jim Haverkamp of Bright Eye Pictures in Durham.

“Monster Road” is one of only seven feature-length documentaries selected to compete in the film festival, which is held from Jan. 17-24. The Slamdance Film Festival coincides with the famous Sundance Film Festival held at the same time and in the same town. Ingram’s film will be shown at 9 p.m. Jan 21.

Ingram, who teaches in the communication department, was named one of the “25 New Faces of Indie Film 2003” by Filmmaker Magazine for his work in independent films. Students in his “Dialogue and Documentary” class this fall produced six documentaries on issues ranging from homelessness to the local Hispanic community. Ingram is also directing a Wake Forest documentary based on the university’s 2003-2004 theme year, “Fostering Dialogue.”