What to the African-American is the Fourth of November? 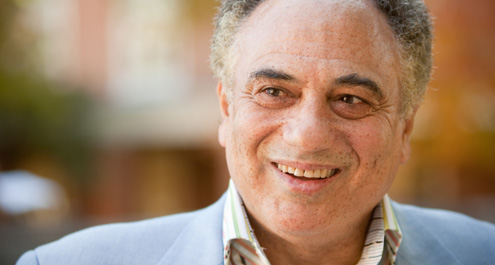 Professor of History Anthony Parent: Barack Obama promises a “transformative presidency. At the very least, one that would begin to break down the great racial divide.”

More than 150 years ago, on the fifth of July, Frederick Douglass asked, “What to the Slave is the Fourth of July?” He rhetorically answered not much. The hypocrisy of celebrating Independence Day was not lost on the American slave. Indeed, by 1856 when Douglass posed this question, the British Empire had abolished slavery. Independence from Britain meant that enslaved Americans had had to endure another generation of oppression.

Today, their descendants are pondering the meaning of the election of Barack Obama, an African-American. Obama’s candidacy unleashed an unprecedented turnout of African-American voters, a people who, in the original United States Constitution, were counted as 3/5 of a person for purposes of taxation and representation.

The election of an African-American president had taken on phenomenological, even biblical improbability: After all, “Can the Ethiopian change his skin or the leopard his spots?” African-American comedians Richard Pryor, Chris Rock and Dave Chapelle had parodied the possibility.

African-Americans during the Reconstruction eschewed running for executive positions, bending to the exigencies of white supremacy, which might recognize their right to representation, but not to exercise of executive authority. Only P.B.S. Pinchback served as governor of Louisiana during the era, but he was not elected to the position.

Governor was much more difficult to achieve. Andrew Young, able to serve as mayor of Atlanta, congressman, and ambassador to the UN, was unable to become governor of Georgia. Only Douglass Wilder has served as governor in a southern state since Reconstruction. David A. Paterson (New York) and Deval Patrick (Massachusetts) are presently African-American governors. But President?

The presidency is the Brahmin cow of American life, the most sacred of all positions. Shirley Chisholm (1972), Jessie Jackson (1984, 1988), Carol Moseley Braun, and Al Sharpton (2004) pioneered the path that Barack Obama has traveled.

Now that the improbable has occurred, what does the Fourth of November mean to the African- Americans? Immediately, there is a psychological catharsis, foreshadowed by Jack Johnson, winning the heavyweight championship in 1908 and defending it against the former champion Jim Jeffries, the great white hope, on July 4, 1910.

The psychological release is perhaps even more analogous to the South African vote for Nelson Mandela in 1994. Several African Americans have likened their vote for Obama to this historic election and their admiration for him to Mandela and Martin Luther King Jr.

African-Americans went to the polls in record numbers to demonstrate their support for Obama. They see within him the embodiment of hope for a brighter future that has eluded generations of their ancestors who had to endure enslavement, second-class citizenship and institutional racism.

Obama promises a transformative presidency. At the very least, one that would begin to break down the great racial divide. His personal story — raised by his white grandparents and mother — offers him a unique perspective to address this most pressing American problem.

Without question the embrace of civil rights will be a signature of his presidency. The spreading of the safety net to include early childhood education and national health care promises greater security to American families. At the most, Obama will engage our country in full-fledged participatory democracy, perhaps ushering in the Age of Obama.