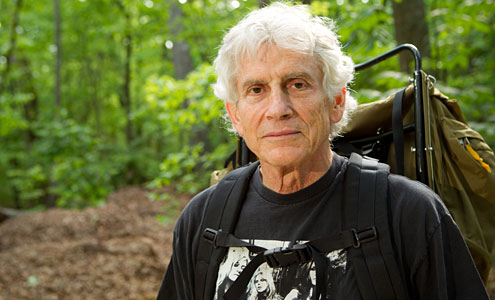 Tom Roberts served in the Peace Corps in Ecuador years ago, and he’s spent time in the Amazon jungle. But even though he’s retiring this spring after 33 years teaching in the School of Law, he isn’t planning any exotic trips, for awhile at least.

“Three years ago, while hiking in Bhutan, I became quite ill and had to be evacuated by helicopter from a mountain top,” he said. “That has, temporarily at least, caused my interest in exotic hikes and vacations to wane.”

Roberts’ appreciation and admiration for Wake Forest are strong. During his tenure here, he says, the law school has only gotten stronger. “When Tom Hearn became president (of Wake Forest) in the early 1980s, he invested a great deal of time and money in the law school, enabling us to lower our class sizes and to hire new faculty, dramatically improving our student/teacher ratio.

“The school prospered greatly under Dean Bob Walsh from the mid-‘80s until 2008. He was a great leader and very capable administrator. Under Dean Blake Morant, we continue to do well, and I have no doubt the students in the years ahead will receive a superior education and have more resources and choices available to them.”

A nationally recognized authority on Land Use law, Roberts taught Property Law and property-related courses. He is co-author of the leading casebook on Land Use law, used in more than 100 law schools across the country.

He says students have changed little over the past three decades. “The objective credentials of the students are likely higher now, but they were good when I came. And, if I think about students in terms of subjective traits like caliber, quality and enthusiasm, the students I taught early on were the equal of those I teach today.”

Prior to coming to Wake Forest, Roberts was assistant dean and supervising attorney of clinical programs at the Ohio State University College of Law. He was also in private practice with Porter, Stanley, Platt & Arthur, in Columbus, Ohio.