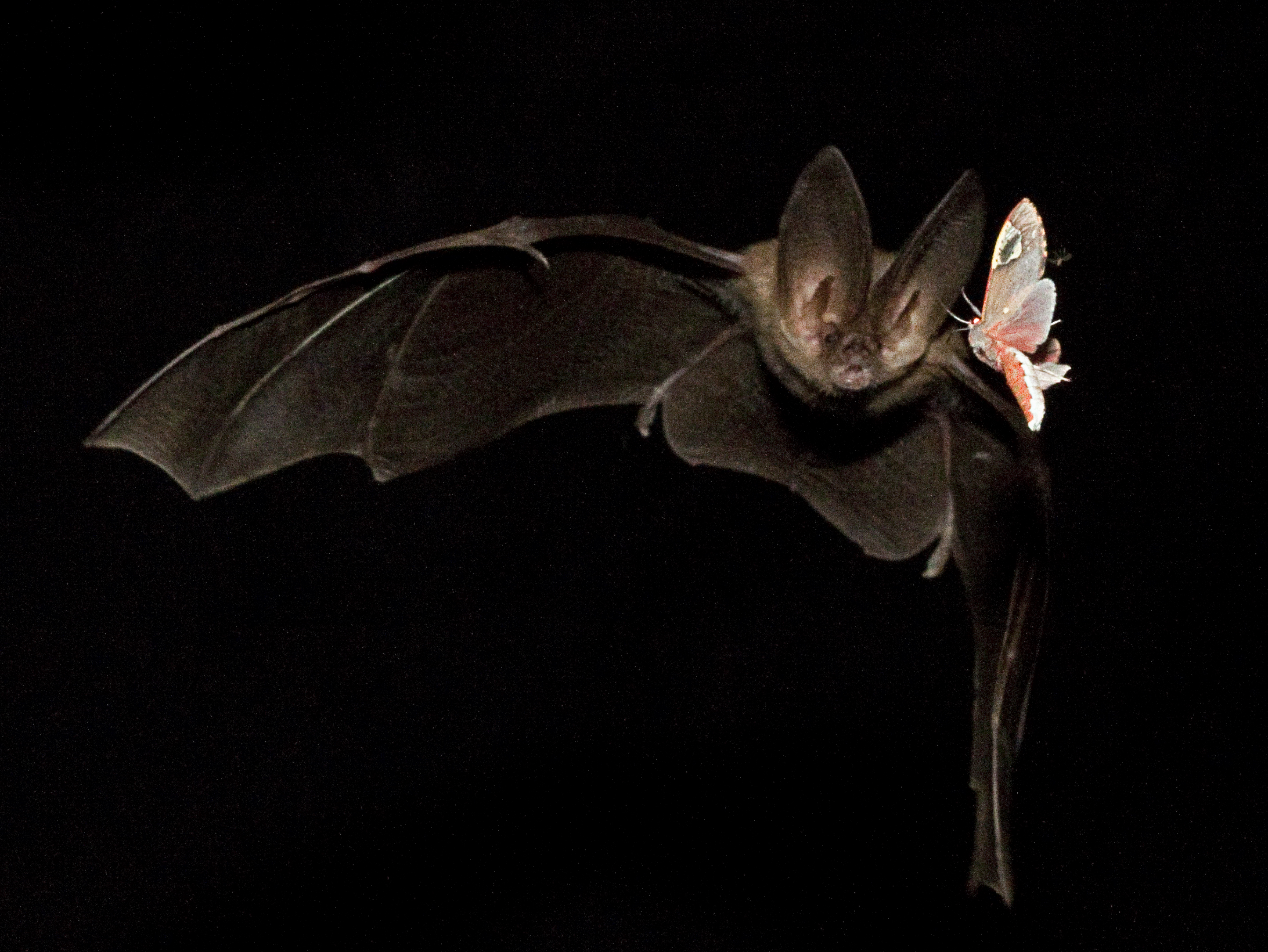 For four years, Wake Forest graduate student Aaron Corcoran has studied how tiger moths use sonar-jamming to evade bats in the Arizona desert.

With Corcoran’s help, the evolutionary arms race between bat and moth has been captured on camera for the new National Geographic Television mini-series, “Untamed Americas.”  The program originally aired June 10 and will be shown again at 9 p.m. (EDT) Saturday, June 16, on the National Geographic Channel. According  to the website, the series narrated by Josh Brolin “explores the greatest wildlife spectacles and against-the-odds fights for survival” in the Americas.

Corcoran was asked to be a scientific consultant for the “Desert” segment of the series because of his extensive field research.

“I was basically the bat whisperer,” he said.

Filming the interactions between the big brown bats and the tiger moths had to take place during one week in late July because that is when the moths are active. “Right after the monsoons in Arizona, the moths emerge as adults,” Corcoran said. “They have such a narrow window to breed.”

It took 80 hours of shooting time to get the minute or two of footage showing the moths avoiding being eaten by jamming the bats’ radar. He was there every minute.

Corcoran studies how the tiger moth uses high-speed, high-frequency clicks to disrupt the bat’s echolocation cycle. He is a doctoral student working with Wake Forest Professor of Biology William Conner.

“Sonar jamming illustrates a new level of escalation in a 50-million-year-old arms race between bats and insects,” Corcoran said. His research has been published in Science and featured by several national media outlets, including The New York Times and National Public Radio.