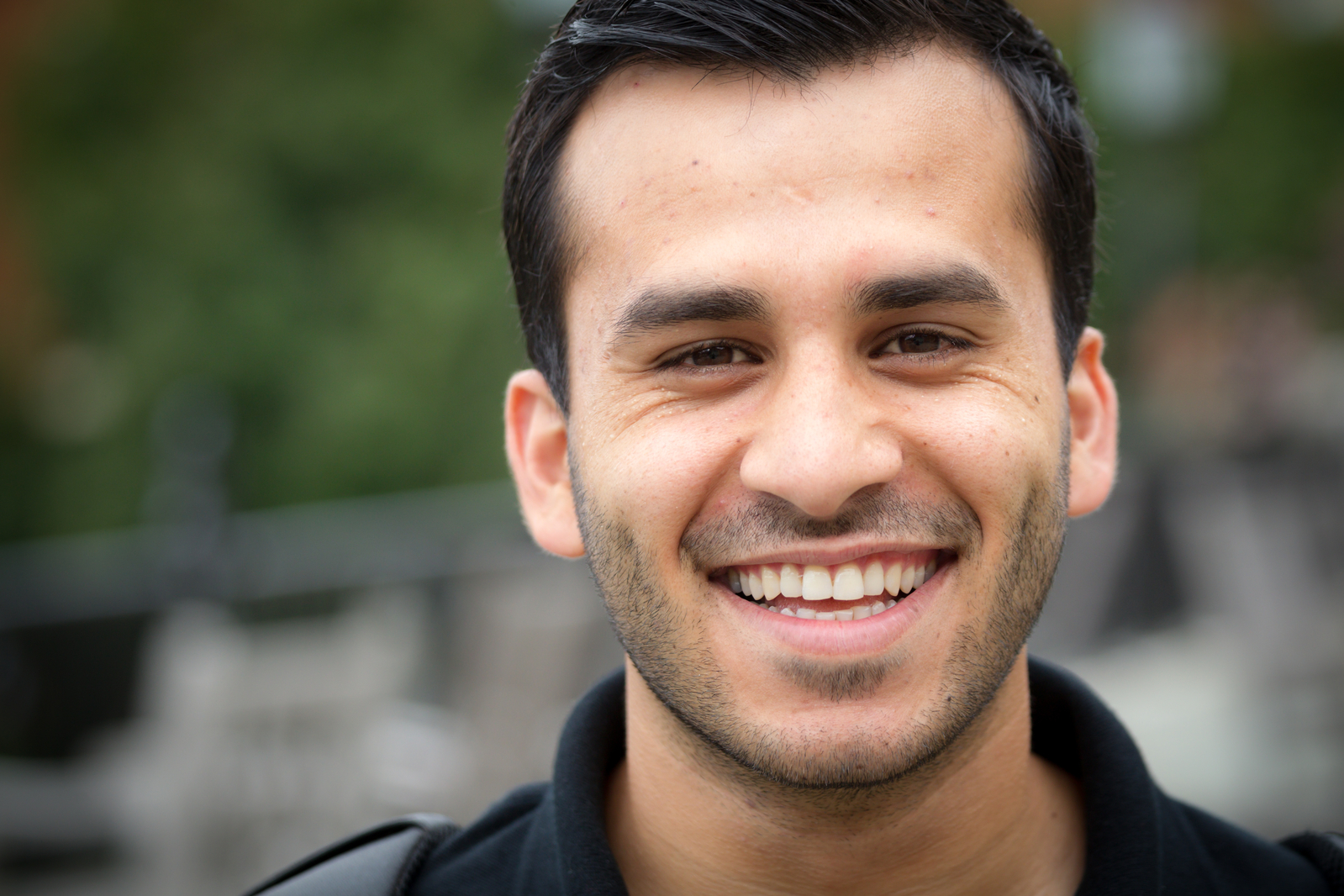 The first showing is always the most difficult.  Last April, when Wake Forest senior Jawad Wahabzada (’13) premiered his documentary “Children of Kabul” at RiverRun Film Festival, it was to a packed crowd filled with so many faces, he felt a little intimidated.

The first screening can set the stage for future events.  “The promotion seems to drive itself once you’ve entered a couple film festivals,” said Wahabzada, who hopes to see his documentary screened internationally.  “We’re looking at festivals that focus on social issues, and they seem to notice your film more when it makes appearances at other events.”  In September, he and Wake Forest documentary film graduate Jon Bougher presented their documentary at BUSTER – Copenhagen International Film Festival, and both plan to attend Meters Fest in Moscow this October.

Wahabzada’s early years in Kabul are certainly an influence on the subject of his documentary – an intimate twenty minute look into the struggles of underprivileged Afghani children.  As a young child, he spent time working in a rug factory to support his family.

“Children of Kabul” has been screened at the following locations:

This summer, Wahabzada continued to affect change by making his film available for sale to the general public to raise additional funding for Afghan children in need, particularly those who appeared in his film.  He worked closely with MYPART Foundation, a non-profit started by Wake Forest students and alumni.  With proceeds from both a DVD and online streaming release, Wahabzada generated enough capital to give the four subjects of his documentary a proper education – all currently attend school in Kabul and are no longer forced to work for survival.

For the average student, a college course load is a full-time responsibility; add onto this the task of promoting a documentary on a global scale and the workload increases dramatically.  Wahabzada, said for him the trick is to focus on courses that are beneficial and enjoyable. “When you balance film-work and schooling … if you do something you love it’s a lot easier to navigate.”

His mentor, Cindy Hill, associate director of the Documentary Film Program, has helped guide Wahabzada through his time here at Wake Forest.  Through countless office hours and e-mails, he has learned much about his interest in telling stories through video.  “Almost everything I know about filmmaking is because of her.  I take a bit away every time we talk.”

With the assistance of Hill and Bougher, Wahabzada was able to get his first taste of professional filmmaking, but he credits his comprehensive liberal arts education with providing a stable foundation from which to create.  Independent study courses offer students like Wahabzada the ability to utilize their interests and past experience in exploring different avenues of education.

Primarily though, he wants to return his education to others.  “I want to provide Americans with a first-hand account of life in Afghanistan,” says Wahabzada. “There are many issues that go unnoticed by those in the West – from women’s rights to old traditions … all have unique stories that should be brought to light.”  “Children of Kabul” works to expose the truth behind one of these stories, and its personal connection makes it all the more relevant.