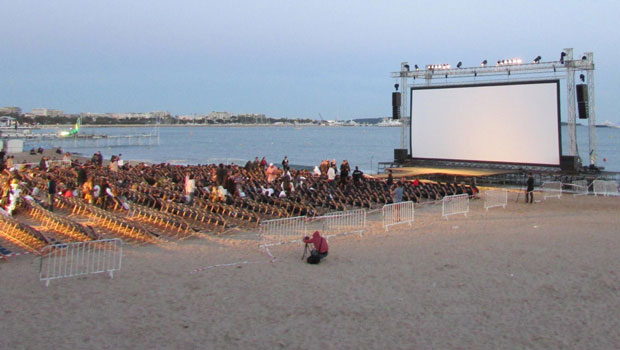 I opened up my bag for inspection, showing my badge to the security guard to verify my accreditation by the Cannes Film Festival.   As I battled my way through a congested crowd, camera flashes blinded me.  Finally, I could climb the stairs.

This may sound like someone describing a walk down the red carpet at a star-studded gala screening in Cannes.  While I was fortunate enough to attend one of those during my time here, the final destination of the aforementioned hectic process was not a film’s world premiere.  Rather, it was what I faced every morning when I arrived for work at DDA Public Relations in the resplendent Majestic Hotel.

2013 marked my second trip to Cannes. Thanks to the American Pavilion, a program that I learned about from a career development office-organized information session at Wake Forest, students get full access to the world’s most prestigious film festival in exchange for working six hours a day.  My experience this year was distinguished by the chance to peer past all the festival’s glitz and glamour.  Through my work placement, I got to see the nuts and bolts of how a massive event like the Cannes Film Festival really operates.

For every celebrity attending the festival, an army of industry professionals is behind them, bending over backwards to ensure everything goes off without a hitch.  Though the confidentiality agreement I signed prevents me from giving too many specifics, I can say without a doubt that publicists are truly unsung heroes. Over the course of the festival, we ensured that our guests had adequate transportation at all times and that the press was there to document their activity. We even got to deal with some luggage and dirty laundry!

Contrary to my previously held notions, giant spectacles like the Cannes Film Festival do not just spring up by themselves.  They are high wire balancing acts that arise from the tireless efforts of countless behind-the-scenes figures. Although their work is often unheralded and unnoticed, their labor is the fuel that powers the film industry. Perhaps the greatest lesson I learned from my two years attending Cannes is that opportunities such as attending the international premiere of “The Great Gatsby,” do not just present themselves; they come to those who work hard to earn them.  This lesson will prove true not only in the south of France, but also at Wake Forest and wherever my future career may take me.

Marshall Shaffer is a junior communication major from Houston, Texas. He has written previously on his political sociology class attending the Democratic National Convention in Student Storyteller: Unconventional Class.