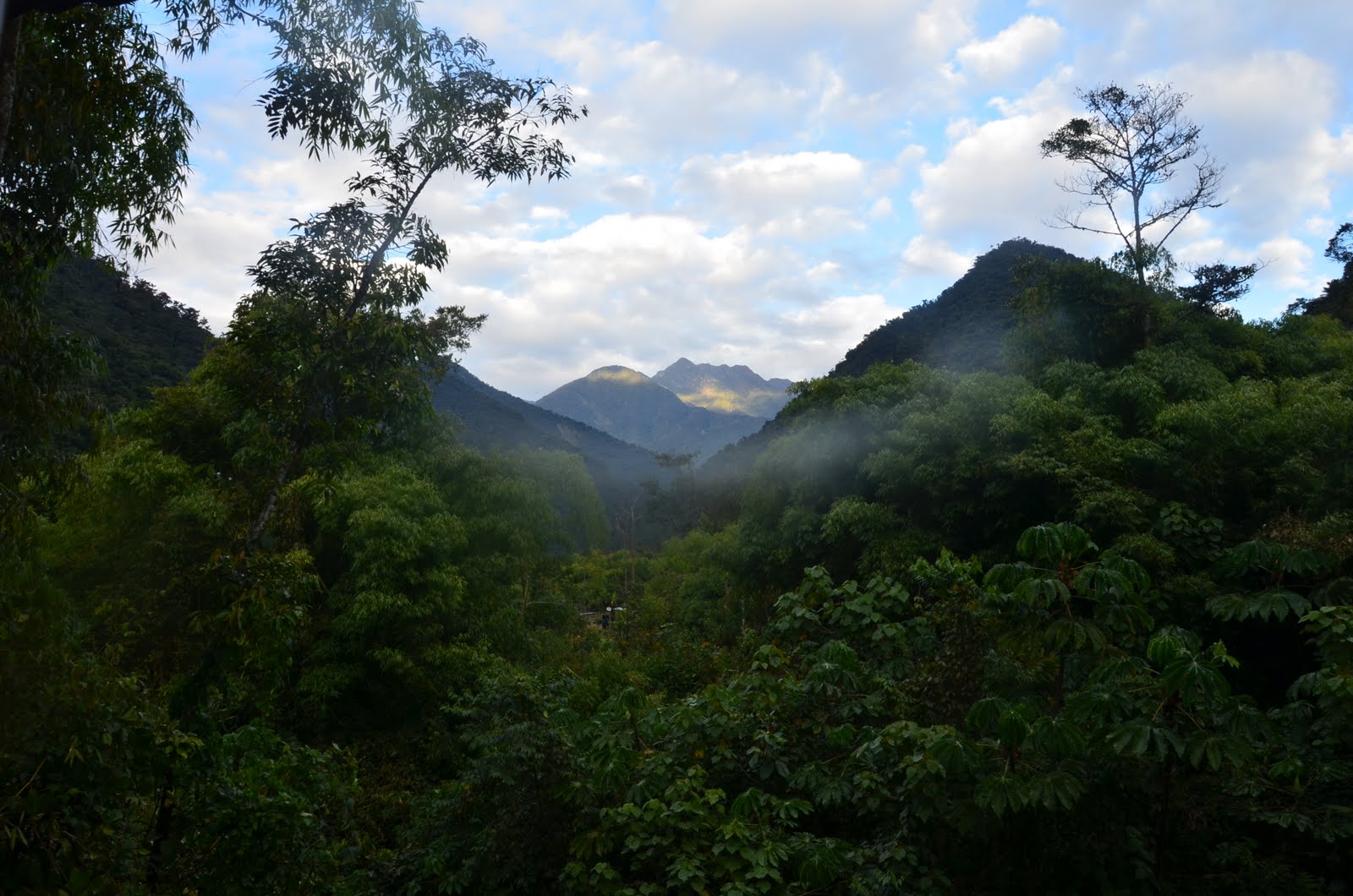 Peru’s cloud forests are some of the most biologically diverse ecosystems in the world.

A profusion of tree and plant species as well as one third of Peru’s mammal, bird and frog species make their home in these perennially wet regions, located along the eastern slopes of the Andes Mountains. The high elevation (6,500-11,000 feet), and remote location of these areas makes them some of the hardest to reach and therefore hardest to study ecosystems in the world.  To date, scientists only believe a fraction of cloud forest tree and plant species have been discovered.

This massive array of underexplored biodiversity will face an unprecedented threat before the end of the century.

Researchers at Wake Forest have pieced together startling new evidence that shows rapid 21st century warming may spell doom for tree species in Peruvian cloud forests, with species losing 53 to 96 percent of their populations.

The team’s results appear in the Sept. 11, 2013 edition of the online journal PLoS ONE.

Stuck in a Hot Place

The habitats of most Andean plants—and therefore the habitats of the organisms that use them for food and shelter—are determined largely by temperature. Temperatures change quickly on the slopes of the Andes due to the region’s steep terrain. This means the vast majority of trees and plants only can live in a range that extends a few hundred meters.

“I could be standing among a group of one tree species and throw a rock completely across their ranges,” says David Lutz, a former postdoctoral associate at Wake Forest, who co-authored the paper with professor of biology Miles Silman. Lutz, who is now a post-doctoral research associate at Dartmouth College in New Hampshire, says this means cloud forest trees are particularly sensitive to climate change.

Historically, Andean cloud forest seedlings sprout higher in elevation during periods of global warming.  However, an unprecedented rate of projected temperature gain in the region over the next century, 5 degrees Celsius, will have them going upslope faster than ever before, says Silman. Plants are going to have to migrate around 3,000 feet to remain in equilibrium with the warming climate by 2100.

The problem with this is the trees can only go so far as higher elevation grasslands bar the path upslope.  Unlike the cloud forest beneath it, Silman says the transition between trees and grassland, called an ecotone, is stationary over most of the landscape, and only barely moving in other places, even in the face of recorded temperature changes that should have moved it 200m higher.  Silman says assuming no additional changes in climatic factors other than temperature, timberline would need to migrate around 900 meters in elevation to keep pace with the cloud forest beneath it.  The results of their study show this would take 3,750 years in protected areas and 18,000 years in unprotected areas. Silman says scientists think that a combination of frequent human-set fires and cattle grazing in the grasslands, along with slow growth rates, likely explain a large part of it but aren’t sure. What they do know, however, is that cloud forest trees can’t go through or around the ecotone.

“Previous work we’ve done shows that the trees in the forest are migrating upwards, but this work shows the ecotone isn’t,” Silman says.  “The ecotone presents a wall to species migration.” 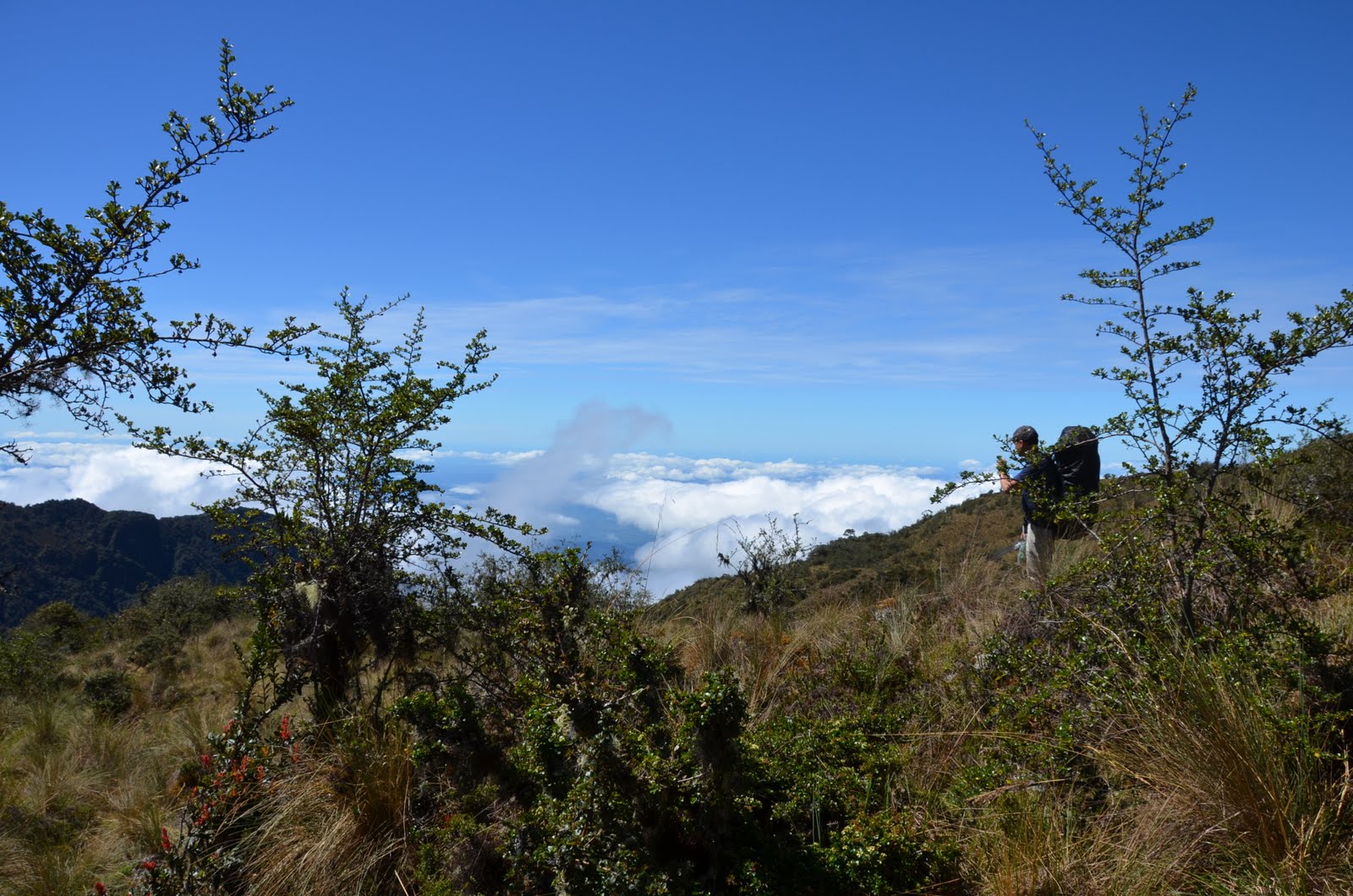 The Wake Forest team’s research is the first to address rates of Andes timberline migration at high resolution. It consists of climate change projections based on computer modeling of photos and Quickbird satellite images of remote cloud forests in Peru’s protected Manu National Park and unprotected surrounding areas. The photo data were collected by the United States Air Force’s Aerial Survey teams during June 1963, and digitized to 0.7 microns by the Peruvian Instituto Geographico Nacional.

Lutz says current conservation strategies focus on mitigating human impact, essentially preventing human interference so that the cloud forest can evolve and grow as nature intended. He says a more hands on approach will be needed in the immediate future to protect the region from massive population loss.

“Intervention is a strategy conservationists seldom use in this ecosystem but it may be the only way to save it,” he says. “Our next step is working with local, and international conservationists to come up a plan to help cloud forests keep moving upslope.”