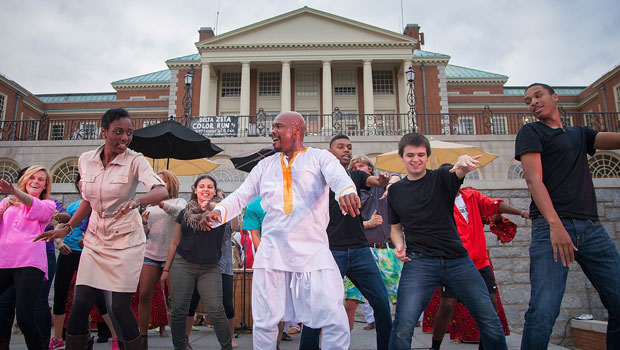 You might not expect to be able to, in the span of two and a half hours, see a dance performance in West Africa, stop in China for a snack, and then finish up the evening in Italy for a quick game of bocce ball. But, thanks to the 6th Annual World Cultural Festival, it was all possible.

On Friday, Sept. 26, students, staff and their families milled about Manchester Plaza enjoying the tastes and sounds of different cultures. From cuisine choices like African couscous, Chinese fried rice and Greek baklava to opportunities to play sports from all over the world like kubb from Sweden, there were options for everyone. 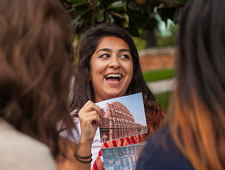 “The World Cultural Festival has grown each year in participation from various campus partners, and this has increased the number of cultures represented,” said Celina Alexander, program coordinator in Wake Forest’s Office of Multicultural Affairs. “This year, 11 student organizations and six academic departments were involved. The best part of the festival is watching so many different people from the campus community come together to learn about cultures and engage with organizations they may have never met before.”

Engagement was easy with the Kankouran Dance Company, which gave a lively show with drums and traditional African dress. Some audience members were allowed to crash the performance — at the end, onlookers were invited to show their talents during an onstage tutorial. 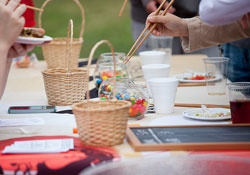 The student groups each had a booth to share their organization’s mission through posters and games. Julia Zhang, the president of the Asian Student Interest Association (ASIA) said that the organization’s main goal is to “raise awareness and create an experience for people to understand Asian culture.” To do this, the group had a chopstick tutorial and competition: whoever could pick the most items out of a jar within thirty seconds won a prize.

Aishwarya Nagar, the president of South Asia Student Association (SASA), said that, beyond entertainment, the World Cultural Festival is a valuable occasion to recognize diversity on campus that could otherwise go unnoticed. “It’s great to see that our campus is committed to showcasing students.”