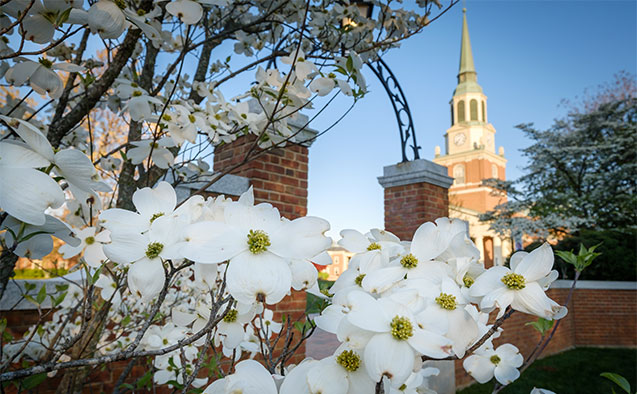 WFU grad student presented 3D bioprinting research to Congress
Margaret vanSchaayk (BA ‘17, MA ‘18) presented her research in 3D bioprinting of muscle tissue to members of Congress this week. Soon to graduate with a Master’s degree in Bioethics, she was one of 60 students nationwide to address lawmakers as part of Posters on the Hill, a program sponsored by the Council on Undergraduate Research.

In her junior year, vanSchaayk started working at Wake Forest Institute for Regenerative Medicine (WFIRM), the first facility in the world to engineer laboratory-grown organs that were successfully implanted into humans. The interdisciplinary team of researchers at WFIRM is working to engineer more than 30 different replacement tissues and organs today. Among their tools is the 3D bioprinter, which churns out cells instead of ink. And if the work she and her colleagues are pursuing at WFIRM ultimately comes to total fruition, military personnel and others experiencing traumatic injury may be able to recover more fully from their injuries and avoid amputation of impacted limbs.

Wake Forest Historical Museum recognized for efforts to protect cemetery
The North Carolina Museums Council presented an Award of Excellence to the Wake Forest Historical Museum for a 2017 survey of a historic cemetery in the Town of Wake Forest associated with a church formed by former slaves soon after the Civil War. The survey was conducted with many purposes, including protection of the cemetery and education of the community about its importance in the history of the area. The Award of Excellence is intended to honor exhibits, publications and programs that exemplify excellence in the museum field.