Wake Forest University English professor Susan Harlan’s new book, Decorating a Room of One’s Own, is the ideal book for readers who appreciate fine literature and a stylish end table. 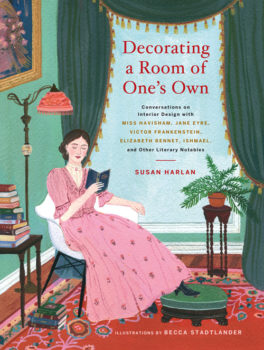 Chapters include: “Jay Gatsby’s Desperately Sad McMansion of Unfulfilled Dreams” (from The Great Gatsby), “The Marches’ Massachusetts Woman Cave” (from Little Women) and “Elizabeth and Darcy’s Neither Formal Nor Falsely Adorned Pad of Privilege” (from Pride and Prejudice).

She explains her inspiration for writing the book, how she reimagines some of the world’s most beloved fictional characters and how she brings creativity into her classroom.

Why did you write Decorating a Room of One’s Own?

I am a huge fan of home decor sites myself. I always loved the world of home design and decor, but also because I am an English professor, I’ve really loved houses in literature. There are some books – Pride and Prejudice and Jane Eyre, in particular – where you can’t really think about the book without thinking about the house. The two ideas came together in my head one night while I was watching a film adaptation of Jane Eyre. I started thinking about Thornfield Hall, about its wonderfully worn down carpets and its lamps. As I was also thinking about my own house, I thought it would be funny to bring the ideas of literature and modern aesthetics together because the language of home decorating would be amusing when applied to something as dark, dismal and horrifying as a place like Thornfield Hall. The book is really a marriage of two things that I like.

How would you describe the format of the book?

The format of the “House Tour” seemed like the clear format to go with because it’s such a major format on sites like Apartment Therapy and Houzz. It was the genre I had done for my own “House Tour” on Apartment Therapy. The kinds of questions I was asked about my biggest indulgence, biggest embarrassment and proudest DIY all inspired the interviews for these chapters. You have an introduction of the actual house, where you have a voice of the site and setting up the character, then you hear from the characters and have them speak for themselves. 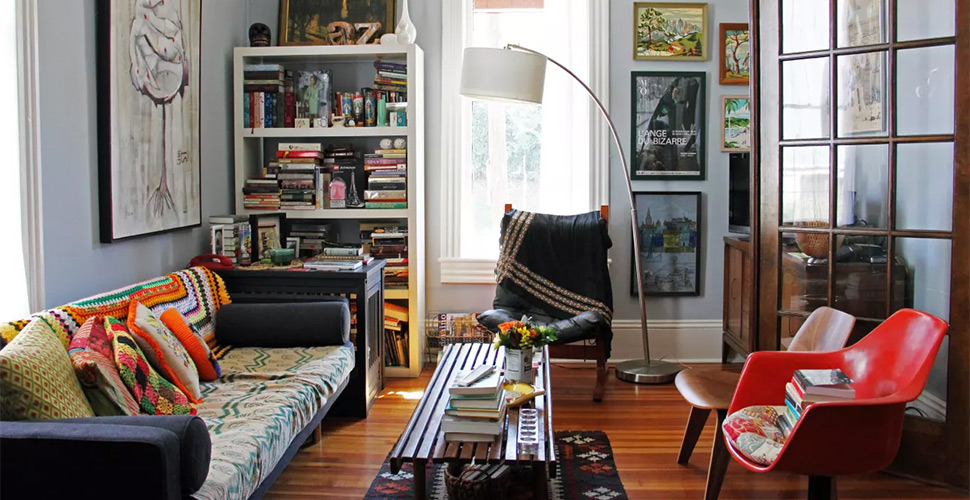 How do you get inside the head of a character?

In some cases you’re taking a lot of liberties. For example, with Jane Eyre and Elizabeth Bennet from Pride and Prejudice, they’re sort of like their characters in book, but I wanted to make them a little jerky after they rise to power and marry men of property. I liked the idea that as mistresses of these places, Elizabeth would be thinking about the bad relationship with her dad and how she would be buying terrible things for her house. In some ways, I’m really just joking around with the character, as opposed to being faithful to them. I also loved the Frankenstein chapter because I was able to think about this character who’s known to be a crazy creator and how he thinks about creating this space of the castle. I quote directly from the books, so in one sense they do sound a lot like the characters. At the same time, bringing in the language of home decor and hoping that the dissonance between those two things is humorous. I hope that to have the combination of the language of Frankenstein and the language of the Container Store is going to be funny to people.

Which one of the chapters is your favorite?

One of the most fun chapters to write was Moby-Dick. It is my favorite book in prose and I re-read it about once a year, but it was the most fun to write because there is so much detail about the Pequod. I loved thinking about living on a ship as a different kind of living space.

You are clearly a creative person, but also a teacher-scholar. How do you incorporate the creative approach you took when writing the book into the classroom at Wake Forest?

Writing for a broader audience and teaching are very similar. I think about that in the classroom and I think you can write things for a specialized audience and you can also write for a broader audience. It makes you use your brain in different ways. I hope in the classroom that my enthusiasm for creative subjects comes across. I am teaching a class now on creative nonfiction. With this class, I have been able to think about which authors I want to incorporate from my own reading life. Often people from today rather than people from the past. The class has given me an opportunity to pull in slightly more of my creative life beyond the classroom than, say, a class like Shakespeare, which is creative in a different way.

What advice do you have for students regarding following their creative passions?

My advice for students at Wake is to take advantage of your professors as much as you can. Spend time with your professors. We want to hear what you’re thinking about and what you’re reading about. This is something you can get at a relatively small liberal arts university that you can’t get everywhere.

In addition to local events, Harlan had a book launch at Mitchell Gold + Bob Williams in Soho on Oct. 9 and readings at the NYU Bookstore and the Astoria Bookshop, as well as an event at West Elm Columbus Circle in New York City. She has also been invited for a reading and a book signing at WHSmith in Paris in January.