Wake Forest Class of 2019: Be ‘seekers and stewards of the truth’

Frederick J. Ryan Jr., publisher and chief executive officer of The Washington Post, delivered the commencement address. Ryan, an outspoken advocate for the free press, encouraged grads to use their knowledge to search for the truth in spite of efforts to obscure it. 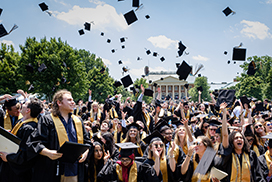 Watch the Commencement ceremony at go.wfu.edu/2019grad.

“Embrace your role as a seeker and steward of the truth,” Ryan advised.

Nearly 2,000 graduates and their friends and family members filled Hearn Plaza on Monday, May 20, for Wake Forest’s 2019 Commencement ceremony. Cloud cover and a light breeze in the early morning gave way to warm temperatures and bright sun for the nearly 11,000 attending the celebration.

“At Wake Forest, you’ve been taught not to settle for the obvious answers or follow the easiest path. You’ve been encouraged to relentlessly seek and discover and to use what you learn to serve the greater good.” Frederick J. Ryan Jr.

“Always explore for new facts and new perspectives. Respect the truth and those who work hard to uncover it,” said Ryan, who co-founded the politics and policy media outlet Politico and also served as Chief of Staff for President Ronald Reagan.

“Fred Ryan’s commentary about the dangers of settling for easy answers applied to my own experience as a student journalist,” said graduate Julia Haines, who began writing for the student newspaper her first year at Wake Forest and rose up the ranks to editor-in-chief of the Old Gold & Black.

“It takes unwavering commitment to integrity and a healthy degree of critical thinking to find the truth among rumors and hearsay,” said Haines, a statistics and computer science major who has accepted a position at Wright Patterson Air Force Base as a data analyst.

Wake Forest President Nathan O. Hatch emphasized the importance of solitude in an age that is unfriendly to silence and reflection in his remarks entitled, “Stop, Look and Listen.”

“Few of us take time to hear that still, small voice that can detect meaning in our ordinary routines,” he said. “Too often we skim along the surface of things, packing our schedule and striving for better time management.”

At the end of the ceremony, faculty gathered to share well wishes with Wake Forest’s newest alumni. 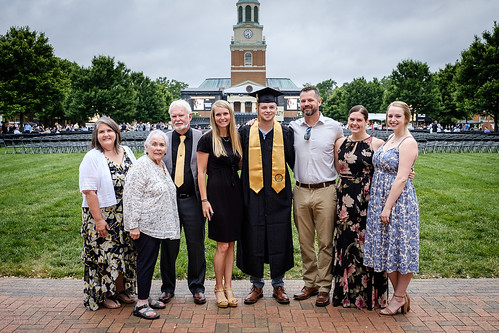 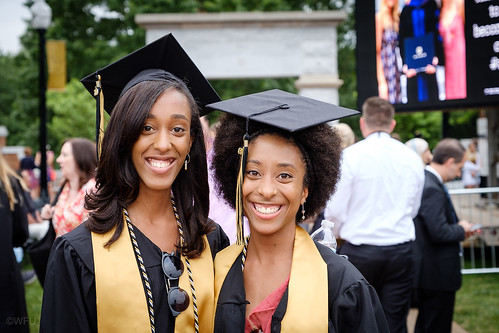 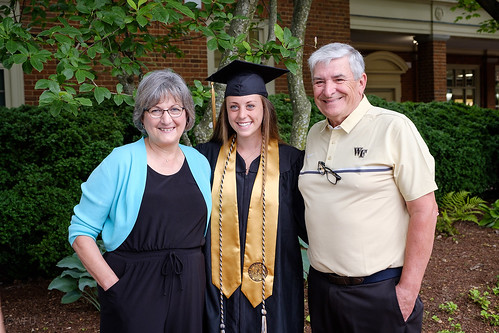 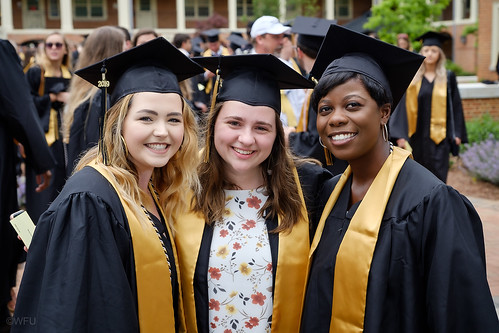 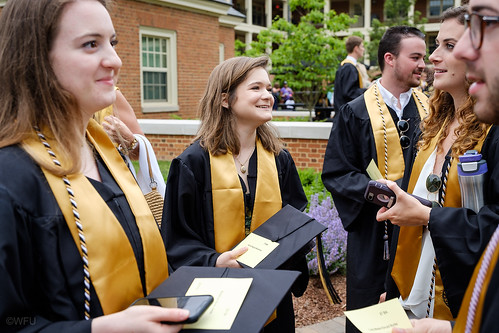 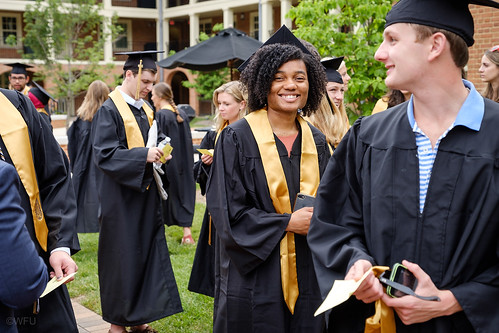 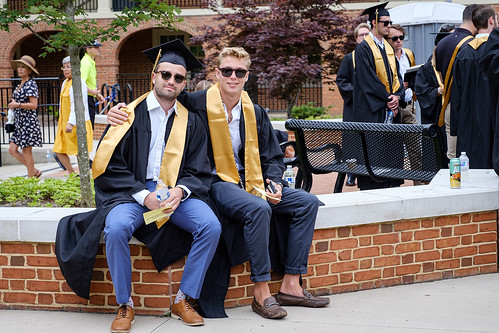