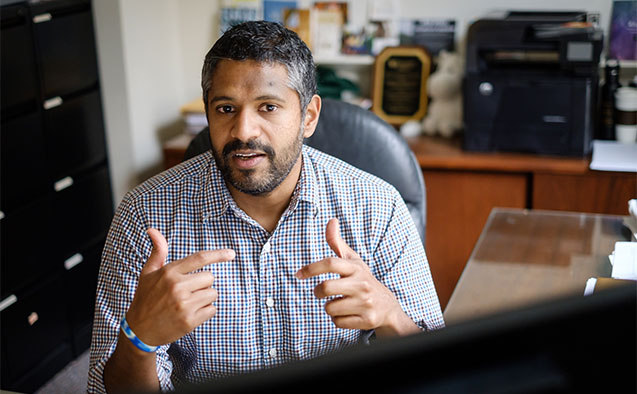 Nelson Mandela, Mahatma Gandhi, and Mother Teresa have inspired generations of people to make decisions that help others – but how exactly do their examples shape others’ character?

Through a $1.68 million grant from the John Templeton Foundation, researchers led by Eranda Jayawickreme and Michael Lamb of Wake Forest University will explore that question.

“You can tell me a story about a role model, but it’s possible that I can’t be or don’t think I can be like Mother Teresa,” said Jayawickreme, associate professor of psychology. “So how do we use role models when we think about the right thing to do?” 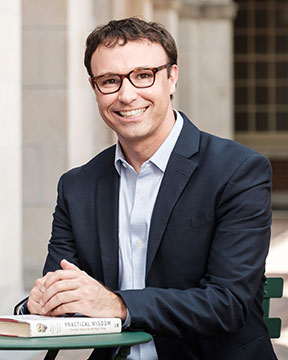 The researchers involved in “Exemplar Interventions to Develop Character” aim to find out what we relate to in the stories of role models, otherwise known as moral exemplars. Then, they’ll use that information to develop more effective character development programs that can be evaluated for success in schools and organizations.

The grant, which runs through 2022, will fund five studies that focus on the role of moral exemplars in character development of middle and high school students, college students and adults. The interdisciplinary network includes researchers from Canada, the Netherlands, U.K and U.S. and is supported by an advisory board of leading scholars, including psychology professor William Fleeson and philosophy professor Christian Miller from Wake Forest.

Researchers will investigate, among other things, how narratives from diverse literary, moral and religious traditions can transform character, how college and universities can integrate exemplars into curricular and co-curricular programming, and whether stories of role models told from the second-person (“you”) perspective are more relatable than third-person narratives.

Though character development has been part of school curricula since the early 1900s, contemporary character education has its roots in the mid- to late 20th century. The programs are largely theoretical, however, so it’s difficult to measure success and revise methods for greater effectiveness.

This research project aims to change that.

“We care about the development of students of good moral character, good civic character.” Eranda Jayawickreme, associate professor of psychology

“We like to know that students are going to go out into the world and be thoughtful, good citizens,” said Jayawickreme.

As part of the new grant, Jayawickreme will study how adults facing adversity use role models or moral exemplars to persevere and even experience positive transformation. He calls the intervention SecondStory, which uses hands-on activities, multimedia and discussion to help participants see the possibilities for growth after adversity.

“People are taken in by stories of moral exemplars,” he said. “We love superheroes and we look up to people who have unique abilities to do certain things. We even ask ourselves what these exemplars would do when we’re confronted with a difficult situation.”

Lamb, assistant professor of politics, ethics, and interdisciplinary humanities, will lead a team focused on designing and assessing exemplar-based programming for undergraduate and professional students through the Program for Leadership and Character.

“We are excited about how this grant will help our students think about the kind of ethical leaders and role models they want to be.” Michael Lamb, assistant professor of politics, ethics, and interdisciplinary humanities