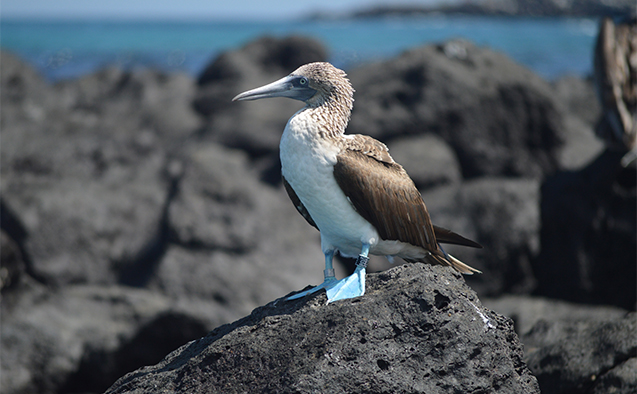 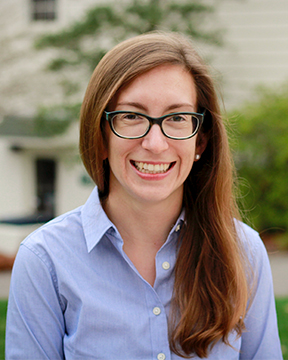 Sponsored by the World Seabird Union, the World Seabird Twitter Conference each year brings together more than 100 scientists worldwide to talk about seabird research and conservation. This year, there have been 8,294 total tweets from 1,568 accounts using #WSTC6, reaching a potential 3.4 million sets of eyes.

But if you’re a presenter like Howard, the challenge is condensing months and months of research into a four-tweet presentation of 280 characters each that can take no longer than 15 minutes to deliver, including real-time questions and answers.

“That is the really hard part,” said Howard.

“As scientists, we are jargon prone and we want to write in really complete sentences to explain our research.” Jenny Howard

But the format of the conference— just four short tweets—encourages her and other scientists to break their research down into digestible bites of information.

Howard, a Wake Forest doctoral candidate, works in biology professor David J. Anderson’s Avian Ecology Group. In 2011-2013, the lab banded more than 1,000 blue-footed boobies, a marine bird that lives in the Galápagos Islands. Scientists believe a decline in the availability of sardines for food has led to a concurrent decline in the blue-footed booby population – their numbers have dropped by more than 50 percent since the 1960s.

As Howard was scrolling through her Instagram feed one night, she noticed a Galápagos tourist’s photo of a blue-footed booby that had Anderson’s bands on its legs. Since tracking banded birds via boat is expensive and logistically challenging, Howard wondered whether Instagram could be a vehicle for a “citizen science” project.

She enrolled the help of undergraduate researcher Landis Pujol (’20) to search a list of Instagram hashtags, such as #BlueFootedBooby. After looking through thousands of photos, Pujol identified 208 posts featuring banded blue-footed boobies and confirmed the information for 66 of them.

The next step is to figure out how to enlist more Galápagos tourists to use the Avian Ecology Group’s Blue-footed Booby Band Resight Project to help track the bird. Howard is hoping the exposure her project gets from the World Seabird Twitter Conference will help.

“It gives scientists the opportunity to reach people outside of their small science group and maybe outside of academia,” she said. “People ask good questions and, overall, it’s a supportive online seabird community.”