Beauty has a dark side 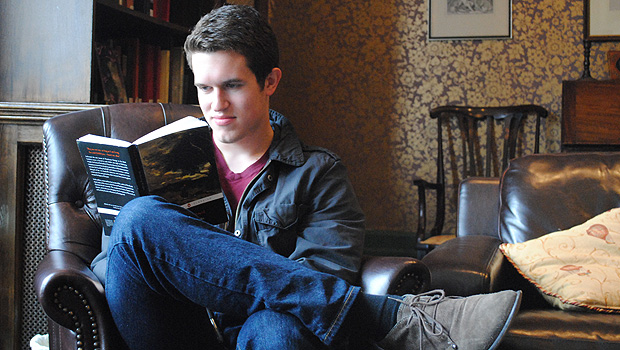 Drew Thies, a junior English major from Kansas, always put Ralph Waldo Emerson in the “optimistic category” as far as writers of his era went … until he took “American Poetry before 1900” taught by Eric G. Wilson.

Thies says he will never forget when Wilson, the Thomas H. Pritchard Professor of English, gave some biographical detail about the poet, including the fact that he opened the tomb of his young wife a year after her dying of tuberculosis to gaze at her corpse.

“For a student who had known only the forward-looking author of ‘Nature’ and ‘Self-Reliance’ as he appeared from those two landmark essays, this was obviously a bit of a shock,” says Thies. “Why would such a profoundly optimistic poet be so captivated by the death of his wife? And to the extent that he would go so far as to open the coffin?”

Thies would soon learn that Wilson has never shied away from the darker side of literature or life. Wilson’s 2008 book, Against Happiness, became a Los Angeles Times bestseller. Now his latest book, Everyone Loves a Good Train Wreck, is receiving national attention for his poignant portrayal of people’s inherent fascination with morbid curiosities. From rubbernecking on the highway to watching a horror film, Wilson believes there’s something nourishing in the darkness.

A lifelong student of the macabre, Wilson sets out to discover the source of people’s inherent attraction to darkness, drawing on the findings of biologists, sociologists, psychologists, anthropologists, philosophers, theologians, and artists.

“To repress death is to lose the feeling of life,” Wilson writes in what O, The Oprah Magazine calls one of the “17 Must-Read Books in March 2012.” “A closeness to death discloses our most fertile energies.” He demonstrates the many functions of morbid curiosity, some exploitative, some noble.  For instance, morbid curiosity can sometimes serve as a “muse to empathetic imagination,” a call to open charitably to the suffering or dying of another. 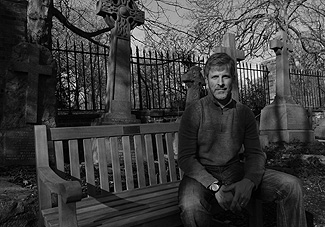 Wilson also discovers light in our more macabre moods.  “The morbidity of sorrow,” he claims, “is often a productive sluggishness, a time when the soul slows down, too weary to go on, and takes stock of where it’s been and where it’s going.  During these gloomy pauses, we often discover parts of ourselves we never knew we possessed, talents that, properly activated, enrich our lives.”

Citing everything from elephant graveyards and Susan Sontag’s On Photography to the Tiger Woods sex scandal and Steel Magnolias, Wilson finds similarly heartening truths in the darker side of our psyches. The result is a powerful and delightfully provocative defense of what it means to be human — for better and for worse.

For Thies, who is spending the spring semester with Wilson and 13 other students in the Worrell House, understanding the relationship between the perverse and the sublime gives more meaning to the British Romantic and Victorian literature classes he’s taking with Wilson. As a result, Wilson and his students have deepened their studies of British literature—Gothic and otherwise—by visiting important literary sites in London as well as the countryside, ranging from famous cemeteries to the Charles Dickens Museum to the Lake District made famous by William Wordsworth. 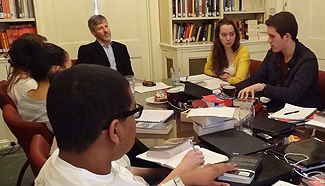 Thies says that while he once thought the morbidity and violence in Bronte’s Wuthering Heights served only to jar the audience, he now understands that there is a deeper psychological desire behind it.

“There is something profound about studying such subject matter in a country that not only can lay claim to some of the greatest authors in this tradition, but also seems to be, much more so than in the States, eternally imbued with morbidity,” says Thies. “From the buildings – many of which out-date our own nation’s founding – to the graveyards whose permanent residents number in the hundreds of thousands, England, for all its rich countryside and jibes about tea and crumpets, is perhaps the best place to pursue that fulfilling curiosity with the morbid which Professor Wilson described so well.”