Wake Forest University has raised more than $900 million in gifts and commitments to invest in students, faculty and facilities as part of the Wake Will Lead campaign. 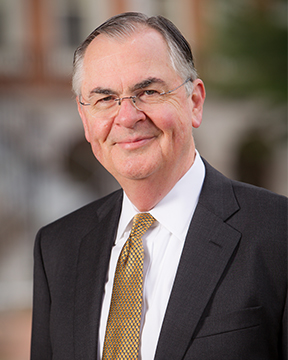 President Nathan O. Hatch launched the Wake Will campaign publicly in 2013 with the desire to create opportunity, educate the whole person and inspire excellence. The campaign surpassed its original $600 million goal in 2016 and the Board of Trustees extended it to achieve $1 billion in new philanthropic resources by 2020.

More than one third ($300 million) of the funds raised as of Dec. 31, 2018 support student scholarships and financial aid, including a recent anonymous $10 million gift to support debt reduction in first-generation students in the Magnolia Scholars program. Continued momentum for the campaign helps Wake Forest make progress towards ambitious goals for supporting high-achieving, low- and moderate-income students socially, academically and financially from before they arrive on campus to graduation.

Support for the campaign has been widespread and continues to grow. Nearly 80,000 alumni, parents and friends have made donations to Wake Forest, including more than 2,000 current and retired faculty and staff who have collectively committed nearly $20 million.

“Wake Will Lead is more than a campaign; it is a promise to fulfill. The generosity of so many has made it possible for Wake Forest to open doors of opportunity that were not possible before.” Nathan O. Hatch, Wake Forest President

“This kind of momentum inspires great confidence in the kind of education we provide and the way we offer it,” President Hatch said. “I am grateful for the many who have chosen to partner with Wake Forest in these transformational efforts.”