Gender diversity in STEM: ‘Let’s change the world together’

When Wake Downtown, Wake Forest University’s STEM-centric urban campus, began offering undergraduate classes in January 2017, it marked the beginning of a historic era. The decision to literally and figuratively bring medical and liberal arts education together under one roof not only enhances closer collaboration and deeper engagement for students and faculty, it represents one of the most audacious efforts to reimagine undergraduate science education as we know it.

The Chronicle of Higher Education

Technology Overtakes Tobacco in Winston-Salem, N.C.
Wake Forest Innovation Quarter, rising on a 145-acre parcel on the developing east side of this midsize Carolina city, is a partnership between the city and state, Wake Forest Baptist Medical Center, Wake Forest University and Wexford Science and Technology, the Baltimore-based primary developer. The development, initially named the Piedmont Triad Research Park, was once the site of a cigarette manufacturing plant owned by R.J. Reynolds Tobacco.

Wake Downtown: WFU to offer biomedical sciences and engineering programs at the Innovation Quarter
Michele Gillespie, dean of Wake Forest College, said the new programs of Wake Downtown “represent the most significant academic innovation in recent Wake Forest history and one of the most audacious efforts to rethink undergraduate science education as we know it. Embracing the Innovation Quarter as a hub for a liberal arts education is central to our future.”

Wake Forest expands downtown
Wake Forest is pitching the new programs as a solution to the growing need for undergraduate biomedical science and technology graduates. Between 2012 and 2014, the university says, demand has grown by 58 percent nationally.

Wake Forest University to offer new programs in 2017
Leaders say students will spend equal time on the main campus and in the new downtown classrooms and labs. They hope that location will help students connect more with the community and spur more economic development. “I think there’s a tremendous possibility of this being a hub of entrepreneurship activity in very high-tech biomedical areas,” said WFU President Nathan Hatch. “I think that will attract other talent and help generate economic activity in Winston-Salem.”

Wake Forest Innovation Quarter transformation still taking place in buildings, hearts, minds of community
Many people know that the majority of the Innovation Quarter sprang from revamped R.J. Reynolds Tobacco Co. factories and warehouses, but they may not know what’s there today – or what the new activity could mean for the future of their community. Innovation Quarter’s aim is to “attract a diverse mix of businesses, people and institutions to succeed through invention, product development, collaboration and play.”

Olga Pierrakos appointed as founding engineering chairwoman in Wake Downtown
Wake Forest appointed Olga Pierrakos as founding chairwoman of the new Department of Engineering in Wake Downtown. She is one of only a few women heading departments of engineering at institutions across the United States. Pierrakos is currently the program director of the Division of Undergraduate Education at the National Science Foundation, or NSF, in the Directorate of Education and Human Resources. 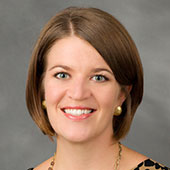