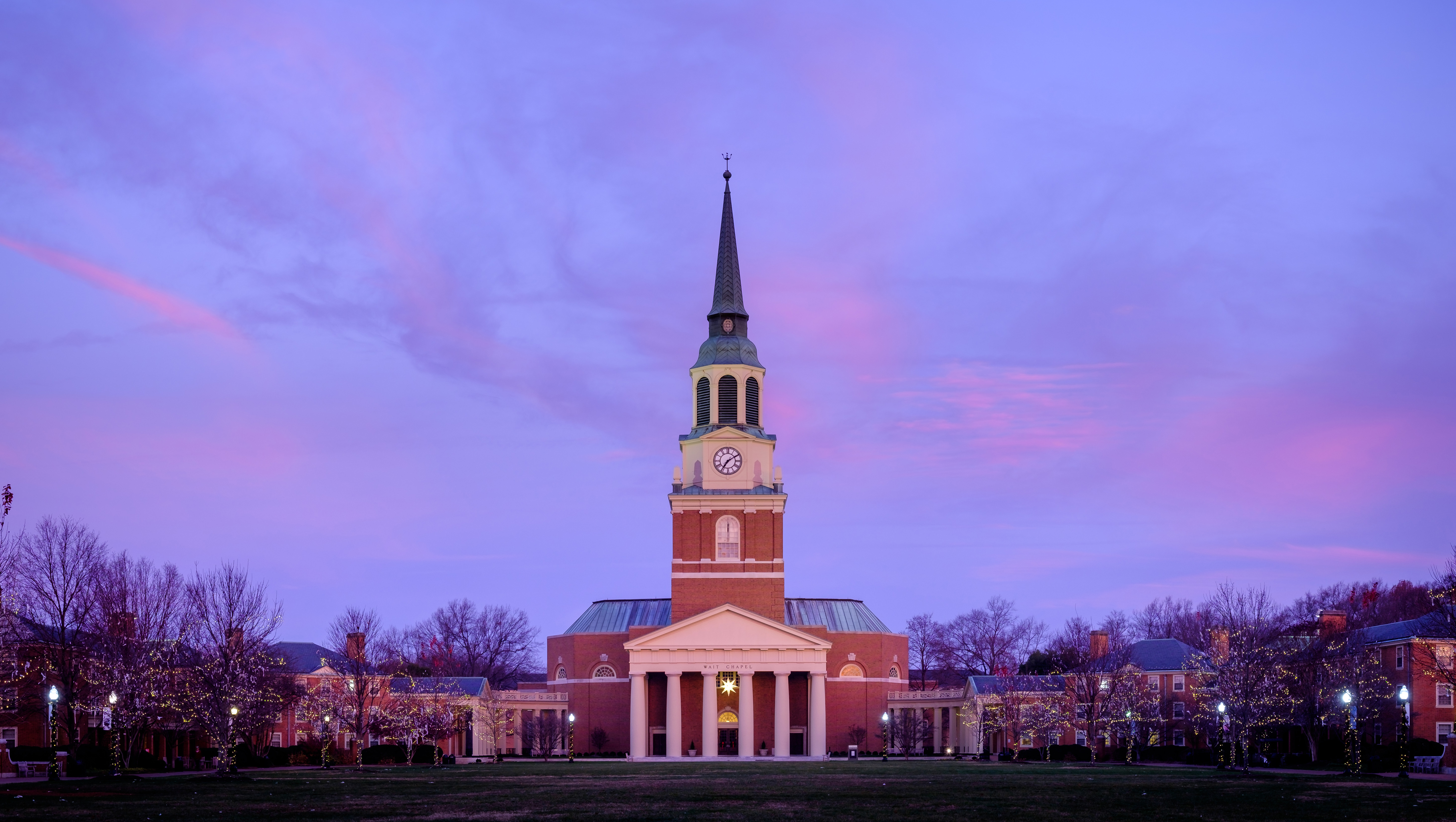 Wake Forest had a newsworthy 2015, from big dollar research grants, new dean appointments and heartwarming campus traditions that continue to show that Pro Humanitate is more than a motto, it’s a way of being.

Colbert: ‘Give yourself extra credit’

Comedian, political satirist and late night television host Stephen Colbert gave the 2015 commencement address. His speech was a hit with parents and graduates alike. They said it was incredible, hilarious and personal, yet with a real message.

A $3.9 million grant from the Templeton Religion Trust will fund The Beacon Project, a three-year initiative to find and define the morally exceptional and better understand how to improve moral character.

Gillespie named Dean of the College

Wake Forest appointed Presidential Endowed Professor of Southern History Michele Gillespie as Dean of the College, with academic oversight for the undergraduate school of arts and sciences.

Wake Forest appointed Suzanne Reynolds as the next Dean of the Wake Forest University School of Law. Reynolds, who joined Wake Forest law faculty in 1981, served as interim dean. She is the first woman to head the law school.

Wake Forest appointed Tim Pyatt as the Dean of the Z. Smith Reynolds Library. A North Carolina native who served at Duke University, UNC-Chapel Hill and Pennsylvania State University, Pyatt provides visionary leadership in the role of the library in learning, teaching and research at Wake Forest.

In recognition of 10 years of service to Wake Forest and the community, the Winston-Salem Journal published a 4,000-word profile of President Nathan Hatch that included interviews with colleagues and friends and insights into a day in the life of Wake Forest’s president.

Wake Forest welcomed the class of 2019 when approximately 1,300 first-year students from 43 states and 18 countries moved into their residence halls on South Campus.

Held on the first day of classes on Manchester Plaza, “Arrive and Thrive” featured dozens of fun and thought-provoking activities designed to inform and inspire the campus community to think differently about how to lead healthier, more balanced lives.

“Hit the Bricks,” a student-launched charity that has raised more than $2 million since 1980 to support cancer research, is held in honor of Brian Piccolo, who attended Wake Forest in the 1960s and went on to become a running back for the Chicago Bears.